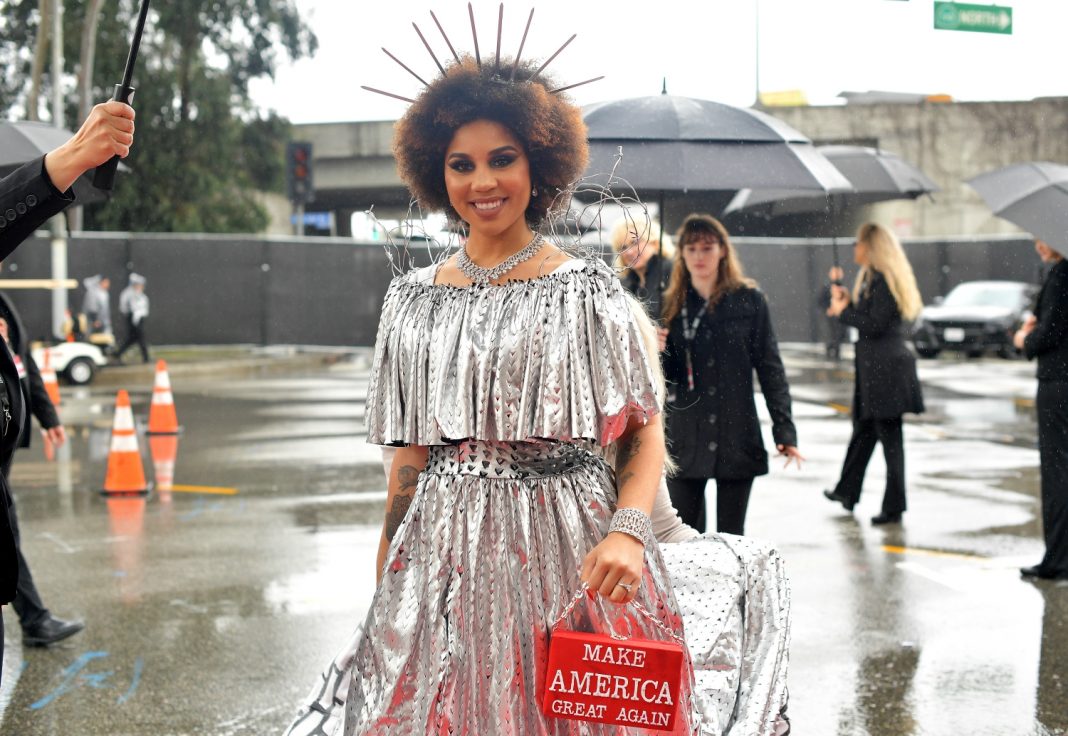 Two years ago, the world learned that a person named Joy Villa exists when the singer wore a Make America Great Again gown to the 2017 Grammy Awards.

Wearing a pro-Trump costume to a ceremony teeming with “liberal elites” turned out to be a very clever way to make people pay attention to the fact that she exists, so Villa struck again at this year’s awards, wearing a gown emblazoned with the phrase “build the wall,” which she accessorized with a Make America Great Again purse. The ensemble’s designer, Desi Designs, posted some watermarked images on Instagram.

A native of Orange County, Villa is also a noted Scientologist, a self-described vegan bodybuilder, and a former Bernie Sanders supporter (she’s since deleted tweets endorsing the Vermont senator). In an interview with the Scientology Newsroom, she said, “Scientology gave me tools to survive, tools to create, and that’s what I feel like—a creative person who is full of power and there is no stopping me.”

It’s been reported that Scientology’s popularity is waning among the Hollywood elite—but at least they (and Donald Trump) have Joy Villa.