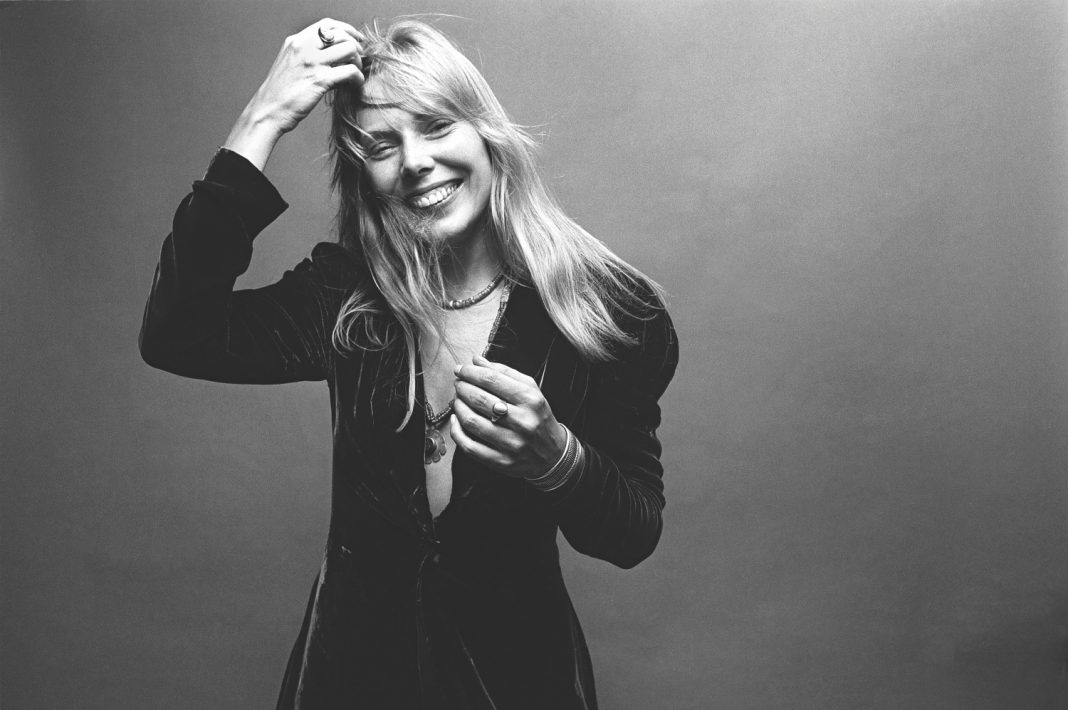 When she moved to L.A. half a century ago, Canada-born Joni Mitchell found what she once called a “new golden land.” As her ex-boyfriend Graham Nash recalls, “It was sunshine all day, music in the air, beautiful people, great dope…. It was freedom.”

Laurel Canyon’s halcyon hippie days are in the past, but the music Mitchell made there remains timeless: her writing so personal, style so unique, and insight so keen that she’s never at risk of being irrelevant or outdone. Which makes it all the more surreal that the inimitable singer-songwriter is turning 75.

On November 6 and 7, the Music Center marks that milestone with Joni 75: A Birthday Celebration, starring performers like Chaka Khan, Kris Kristofferson, and Norah Jones. Here four artists covering Mitchell’s work share how she inspires their own creativity.

“The first time I met Joni she played me 15 of the most beautiful songs I ever heard. I had no idea somebody could write so profoundly about life. If I had to point to one thing she got right, I’d say ‘reality.’ Whether it’s a love song or something pissing her off, you get reality from her. You can see her soul. Joni raised a new bar that songwriters had to try and climb over or risk fading away.”

“She made me understand the importance of storytelling. Her writing is among the best that’s ever been, but it’s also her ability to turn a phrase. The empathy in her voice. Her use of metaphor. She understands that the completion of the story happens in the listener’s head. So she tells it in a way that invites us to get lost in the song. That’s why her music transcends time.”

“The song structures, the chords, the harmonies…with her it’s all so nonlinear and unpredictable. I find it thrilling. She never followed any rules, and now that’s kind of a thing. Tune-Yards, Ana Tijoux, St. Vincent—some really amazing artists are taking the I’m-gonna-do- it-my-way-no-matter-what vibe she always had and running hard with it. Joni’s a pioneer.”

“Her songs are obviously brilliant, but Joni as a human being is just as remarkable. She was a massive star when she broke, like a Marilyn Monroe of folk—so striking, with such an unusual personality. Everyone knows she was groundbreaking, but I adore how lightly she’s worn that mantle. It’s secondary to what she wants to do as an artist; she’s just being herself. It’s a lesson in sticking to your guns.”

RELATED: Places to Spot Celebrities in L.A. Without Making It Weird