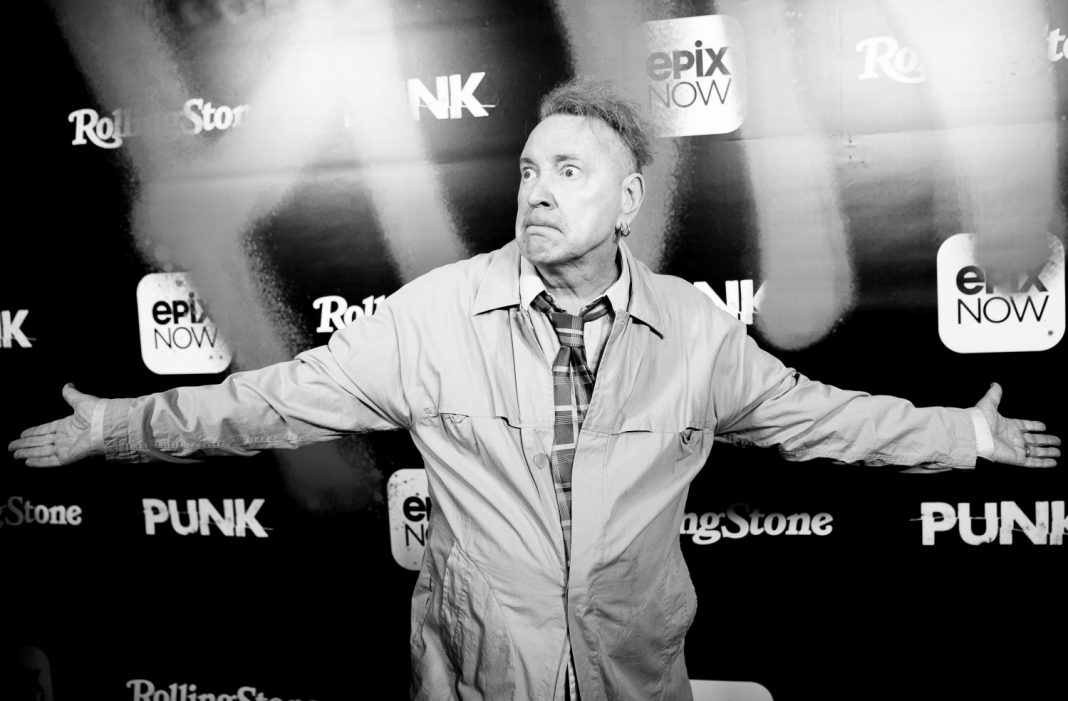 Lydon’s created chaos wherever he’s gone in the last few years: wearing a MAGA shirt in solidarity with Donald Trump, being too drunk to be allowed into the party for his own doc, The Public Image is Rotten—and last week, ranting at and rattling a panel for the new John Varvatos-produced docuseries Punk, now streaming on Epix, using the F word as much as you might expect from a drunk, Trump-loving 63-year-old punk provocateur.

The very same night, Lydon—unbeknownst to him—crashed the 50th birthday party of movie producer (Freak Show) and longtime events promoter extraordinaire Bryan Rabin, presented by the Standard, Hollywood (aka the Giorgio’s club night Rabin hosts on Saturday nights), which had a costumed theme: dress as your favorite rock icon. In attendance were Bananarama singer Siobhan Fahey, Rufus Wainwright, Michael Des Barres, Donovan Leitch, and members of Love and Rockets, Bauhaus, Eagles of Death Metal, the Slits, and L7, many of whom performed in a concert in Rabin’s honor, emceed by actress Lisa Edelstein.

Rabin, no fan of Trump—or drunks, be they punk stars or not—approached Lydon, whom he would have preferred was not let in (“that’s why we have guest lists!” he says; Lydon was not on it). But when he actually welcomed him, Lydon, snotty as ever, responded, “Who are you? I don’t even F-ing know you.” Amused by the bizarre circumstance of a real music icon crashing his 50th, Rabin, rock star of the evening, let him stay.

Meanwhile, Lydon wasn’t even the most colorful person in the room. Stylist (Cate Blanchett, Julia Roberts) Elizabeth Stewart and her TV producer husband Rob Bragin were dead ringers for the Captain and Tennille. TV writer Dario Scardapane was a convincing Slash, and stylist/designer Raven Kaufman did a perfect Marlene Dietrich. Mad Men costume designer Janie Bryant, Top Shop CEO Paul Price, designersBrian Wolk and Claude Morais, and photography stars Greg Gorman, Andrew Macpherson, and Albert Sanchez were among the glammaratti. Rabin, of course, did not fool around when it came to channeling a rock icon, manifesting the flame haired Ziggy Stardust.