If you missed your chance to dress up on Halloween but are dying to channel your inner Rocky, Elvira: Mistress of the Dark or John Wick, now’s your chance. December 2 marks the opening of Julien’s Auctions’ series of Hollywood and sports-related related auctions that are expected to fetch anywhere from $25 to $300,000 per artifact, with $6 million expected to be brought in overall.

The thousands of rare goodies making their way to the auction block include black droog boots worn in A Clockwork Orange, a studio microphone used by Mel Blanc, a pair of Roxy III boxing gloves, and a limited edition Los Angeles Lakers jacket made for Kobe Bryant. There’s also a Hugh Hefner signed first issue of Playboy Magazine featuring Marilyn Monroe on the cover, clothing worn by Elizabeth Taylor in the sixties, Lucille Ball department store receipts and a custom gown worn by Sandra Bullock in Forces of Nature.

Cassandra Peterson, a.k.a. Elvira: Mistress of the Dark, who stopped by Julien’s earlier this week, told Los Angeles magazine why she was auctioning her collection which includes several Elvira dresses, a silver-tone leather costume worn in Pee-Wee’s Big Adventure and a photo signed by legendary rock band Queen.

“I’d been collecting stuff for years and storing it and I was thinking, ‘What am I doing with all this stuff in storage? It’s not displayed. It’s in a box somewhere. Why am I hanging on to it?’” she says. “I thought it was time to let it out there and let fans see it and let fans get a little piece of Elvira.”

Ironically, despite Elvira’s cult icon status, Peterson originally thought the campy character was ridiculous when she was hired in 1981 to host horror movie television show Elvira’s Movie Macabre on local Los Angeles TV station KJH channel 9. With her wicked sense of humor, smarts and love of horror, however, Elvira quickly became a beloved phenomenon, which caught Peterson by surprise. “Oh, hell no, I didn’t think it would go in that direction,” she says. “I thought I’d be an out of work actress with one gig at a local station that didn’t pay anything. I thought it was a disaster that was never going to work, but I guess it worked out because I’m still doing it 40 years later.”

As she gazes at the extensive Elvira collection that she’s just days away from selling, Peterson quips that in a moment of remorse, she might be tempted to bid on one of her own items. Now, what could be more fun than getting into a bidding war with Elvira?

Pirates of the Caribbean: The Curse of the Black Pearl

Pirates of the Caribbean: The Curse of the Black Pearl chalice and coin props
Estimate: $800 – $1,000 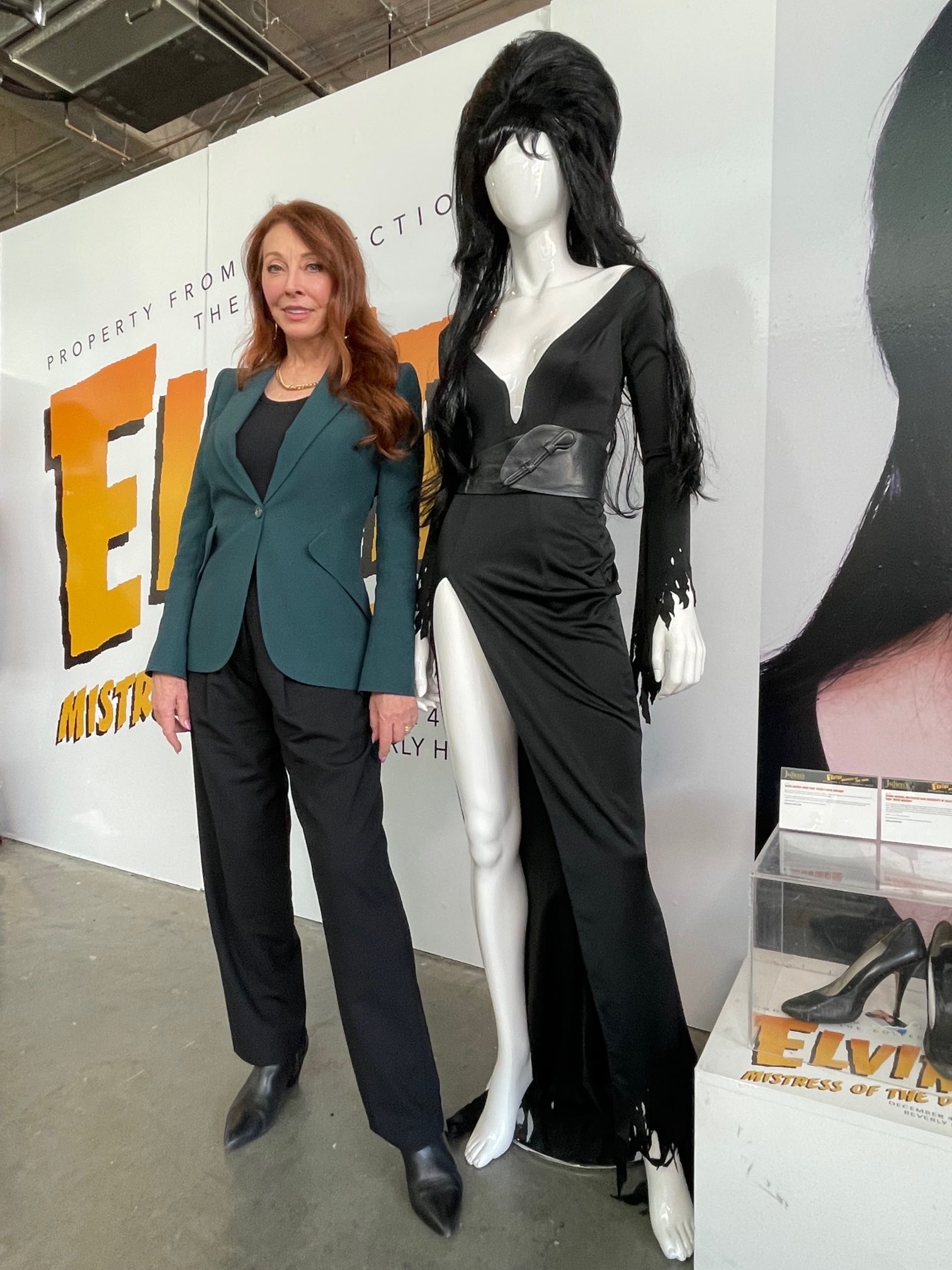 Accordion in Ferris Bueller’s Day Off