Home comedy John Hodgman is Starting His Own Basketball League in L.A. 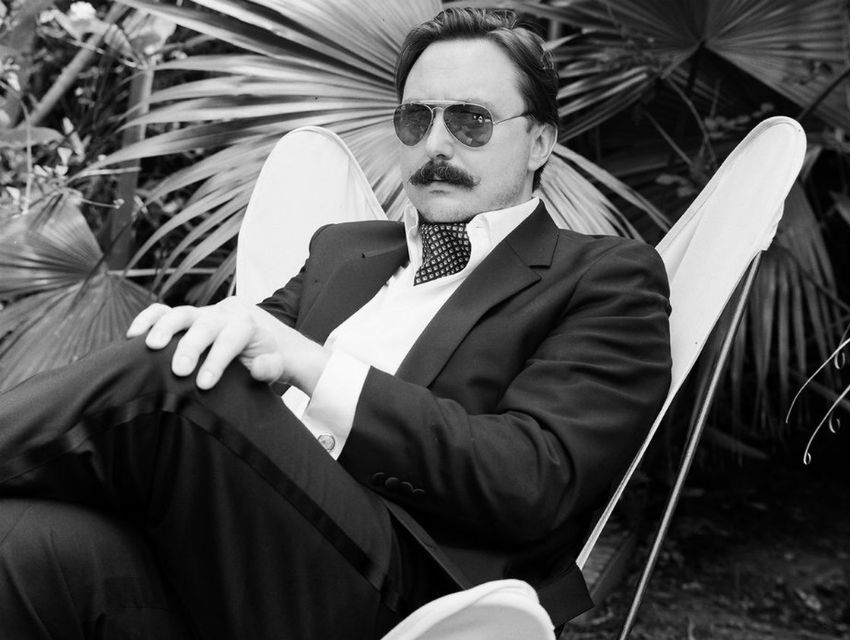 John Hodgman is a modern day renaissance man. After graduating from Yale, he became a successful literary agent before deciding that his place was, after all, on the other side of the desk. Since then he has written three hilarious almanacs of invented facts about the world: The Areas of my Expertise, More Information than you Require, and That Is All. They include such information as the 700 most common hobo names (“Stewbuilder Dennis” is the most popular; “Normal-Face Olaf,” not so much) and the end of the world as predicted by Alestair Skink, the Mad Mole-Man. In addition to his books, Hodgman has contributed to This American Life, McSweeney’s, The Daily Show with Jon Stewart (where he made a bid for the L.A. Clippers during the height of the Donald Sterling controversy) and has also served as humor editor for the New York Times. This Thursday (September 11), Hodgman will perform at L.A. comedy staple Largo.

We asked the writer and humorist about his show, his plans to start a new basketball league in L.A., and whether it’s ever permissible to drug your audience before going on stage.

You’re based in New York. How do you like the L.A. comedy scene?
Comedians in L.A. are incredibly sophisticated because they have access to one of the most vibrant comedy scenes in the world. This requires me to secretly inject my audience with drugs to remove all jadedness from them. Largo is really one of the only theaters that was willing to install my theater-wide, seat-injection system—patented, I might add. They were willing to play ball in my plan to involuntarily drug the audience.

How do you see that working out?
It’s going to revolutionize entertainment. Once it’s in every theater and movie house in the United States, everyone is going to enjoy entertainment much more. The audience at the show on Thursday will also see me in 3D without the aid of glasses because of the hallucinogens. They’re going to see a 3D image of my head floating in front of them. Not just on stage but for the next five weeks.

Floating head aside, what else can people expect from the show?
In my last standup special on Netflix, John Hodgman: Ragnarok, I predicted that the world would end at the end of the show. Much to my annoyance it didn’t. Consequently I’ve had to lighten my material and make entirely new comedic observations about the world around us. It has actually been a very invigorating process because it’s the first time I’ve written directly to and for the stage as opposed to writing for The Daily Show or for my books and adapting that material.

Has that changed your approach?
The material is different. It’s more straightforward. I’ve done a lot of made up facts in my previous shows, but this time around there are a lot of true facts about me, your friend with the weird mustache. Disturbing and uncomfortable revelations about my life. I performed a one-man show that I developed in New York last time I was at Largo, so I don’t think it’s appropriate to perform that again. This particular show I think will be even more vulnerable and terrifying for everyone involved.

A few months back, your character, the Deranged Millionaire, made a bid for the L.A. Clippers live on The Daily Show…
Yes, I was trying to buy the L.A. Clippers but that deranged millionaire Steve Ballmer beat me to it. I was very disappointed that my bid was not sufficient. I’m willing to reveal to you now that I will be launching my own third professional basketball team in L.A. Obviously the NBA is not going to go along with it so I’m starting my own league, too. The John Hodgman Professional Basketsball Association. The JHPBA. And please make sure that “Baskets” is pluralized because the sport does have two baskets. I’m tired of putting up with this inaccuracy.

But we already have the Clippers and the Lakers out here…
In the great tradition of Los Angeles basketsball, it will be another team that nobody needs or desires and it will have a name that is completely inappropriate to Los Angeles. Los Angeles is not a navel city or a part of Minnesota, so therefore my team will also have a name that makes no sense whatsoever. I’m still trying to decide on that. It will be either the Los Angeles Lumberjacks or the Los Angeles Bostonians. Or maybe something else. What else is Los Angeles not known for?

What are your favorite things to do in L.A.? I always see comedy. I like to go to Largo and UCB. I really want to see Hot Tub with Kurt & Kristen with Kurt Braunohler and Kristen Schaal. I also enjoy going to various theme parks because I love manufactured realities, but honestly I try not to leave my hotel because they have my brand of gin here.