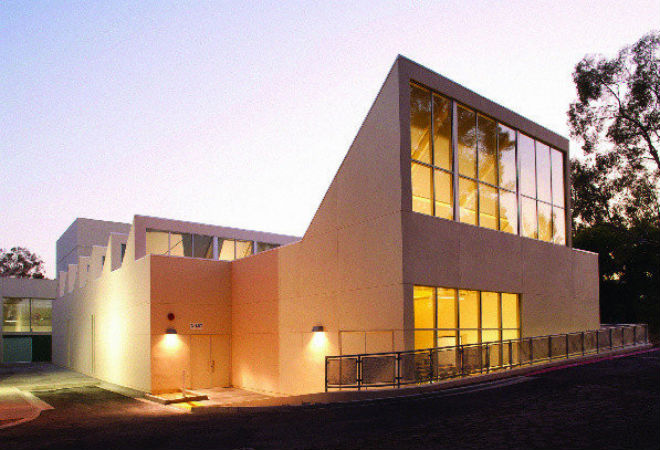 John Baldessari, known for incorporating photos and text into pieces like “Painting for Kubler” and his “Wrong“-series, is adding another feather to his cap. CalArts is putting his name on its newest campus addition, the John Baldessari Art Studio Building.

The building, which opened in September, offers state of the art studio spaces to students and faculty at CalArts’ School of Art. To help defray the cost of the structure, the university has launched a fundraising campaign, CalArts Art Benefit and Auction, that aims to raise between four and six million dollars. The efforts will culminate in April and May when more than 70 works by alumnae and faculty members-cum-art-world-superstars—Mark Bradford, Vija Celmins, Catherine Opie, Tony Oursler, Ed Ruscha, Carrie Mae Weems, and Baldessari himself—will be auctioned off. If you’ve ever wanted to own an original piece by one of these artists, here’s your chance.

Baldessari taught at CalArts from 1970 to 1986. The decision to name the new building after him was based on his legacy as a professor, says Bianca Roberts, vice president and chief advancement officer at the school. “We wanted to name the building after an artist and give alumni an opportunity to give back to the school,” Roberts explains, referring to the impressive roster of artists who have donated their works to the auction. After the bill for the new building has been paid, any additional funds will go to scholarships.

The auction kicks off with a preview at Regen Projects in Hollywood in March 2014.

These Female Animators are Redrawing an Industry’s Gender Lines