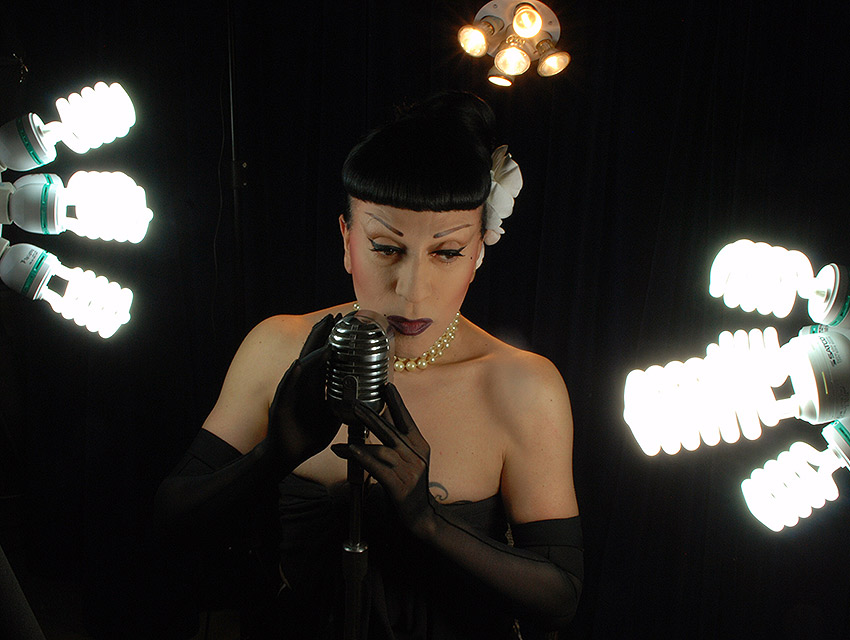 Los Angeles has seen multiple celebrations of the centenary of Frank Sinatra this year, amongst them a concert by Frank Sinatra, Jr., a major Hollywood Bowl event, and the recent Grammy Museum salute. But Ol’ Blue Eyes isn’t the only legend hitting the century milestone. Jazz musician and singer Billie Holiday was also born 100 years ago, and cabaret singer, performance artist, and drag artist Joey Arias is bringing his highly acclaimed tribute show to downtown’s REDCAT for five performances beginning Thursday.

Arias first performed as Holiday in 1986. “When I first started doing this, I’d only sing one or two songs,” Arias says, “but I kept building the repertoire, finding the voice, and being me. It’s soulful. It’s like channeling. I’m not just saying the words—I get lost in her and I think she gets lost in me. It’s gotten very elegant and chic, and very smooth.”

Holiday once said, “If I’m going to sing like someone else, then I don’t need to sing at all.” But for Arias, imitation is a form of flattery. “It’s important to give a tribute, and luckily I have this style and tonality,” he says. “It’s really me at the end of the day. I’m not going for the fame.”

Having developed his performance for 29 years (and counting), Arias is just one year shy of the total time Lady Day’s own career lasted before her tragic death from drug and alcohol addictions in 1959. Performing a single star’s oeuvre for nearly three decades could get tiresome, but Arias keeps things fresh. “It’s a choice of song, it’s the way you sing the songs, and the feeling the day you perform the songs,” he says. “It’s the vibe of the room. I’m just like Billie, I never sing them the same way. Twenty-nine years—I don’t think about it. I’ll go into my crazy jazz avant-garde stuff, but I always come back to Billie Holiday again. She always brings me home. I feel very close to her.”

Arias is particularly aware of the discrimination Holiday felt during her life. “I feel our lives are parallel,” he says. “What she went through as a black woman in her life and what I went through as a gay person, going through this madness—people want to throw rocks at you for being who you are.”

When asked to pick one Billie Holiday song that best represents him, his life, and his career, Arias doesn’t have to think long. “It would be You’ve Changed and God Bless the Child,” he says. “You’ve Changed is about love; it’s about affairs and how sometimes that coffee don’t taste the same as when you first put it in your mouth. God Bless The Child, you’re on your own. You have to really pull yourself, your worth, and what your life is all about and what you are contributing to society and influencing people. You’re touching people and they are thinking about their own lives. It’s very important the material you pick and how you inspire people.”

After Months of Delays, the World’s First Hologram Theater Is Finally Opening in Hollywood