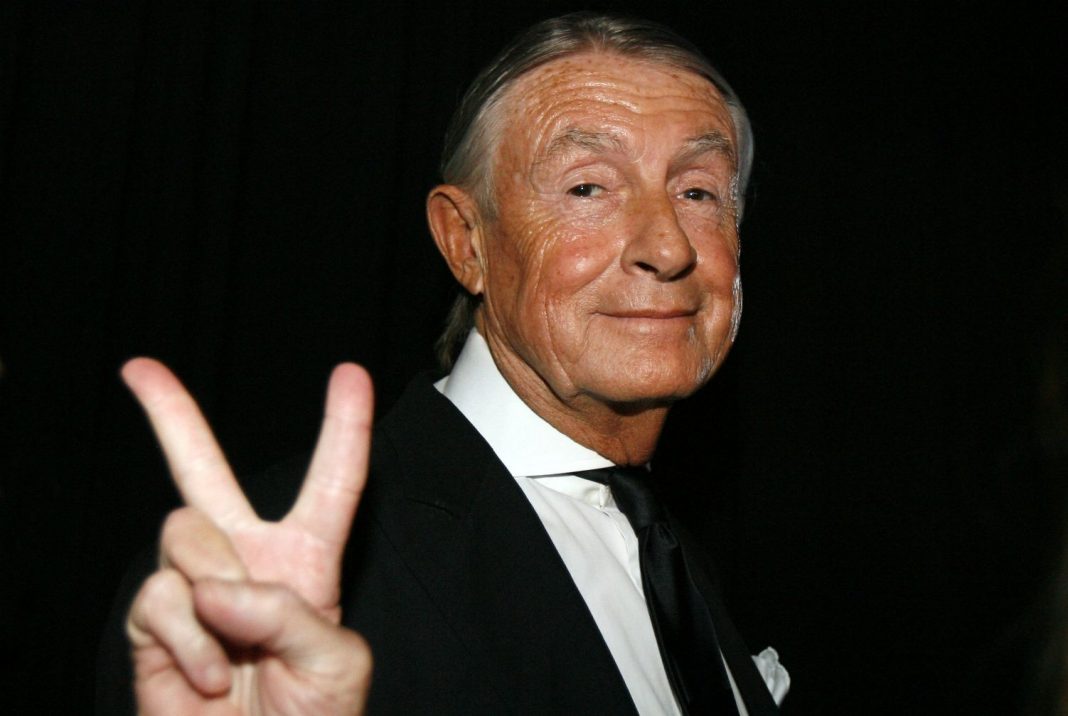 The term “bigger than life” has certainly become a Hollywood cliché, but it applies beautifully to director Joel Schumacher, who died Monday, June 22, at age 80 after a yearlong battle with cancer. At six-foot-three with a long, lanky frame and laconic laugh, he was beloved in the business for his wit, work ethic, and irreverence. He was also one of the first major directors to come out as gay in a time when that was still controversial and is credited with paving the way for many others.

Schumacher is best known for directing two dozen films—many of them iconic, including St. Elmo’s Fire, The Lost Boys, and Flatliners—but before that foray, Schumacher designed the costumes for 1973’s The Last of Sheila and for Woody Allen’s Sleeper and Interiors. He also wrote the screenplays for Car Wash and The Wiz.

A fabulous storyteller both onscreen and in life, Schumacher always seemed to be where the action is. He started his career as a cofounder of the circa-1960s New York City boutique Paraphernalia, along with now-famed designer Betsey Johnson. One of the first truly trendy stores, it was known for futuristic dresses made out of industrial fabrics, and was frequented by Penelope Tree, Twiggy, and Julie Christie. Andy Warhol threw its opening party.

Twitter is full of praise, warmth and admiration for Schumacher, who seemed to touch everyone who got to know him—and many who didn’t.

“RIP Joel Schumacher,” posted Billy Eichner. “I love St Elmo’s Fire. He was a (very) outspoken gay director before that was cool and his movies are a throwback to a time when Hollywood made something other than bloated action films or Oscar bait homework assignments. RIP Joel. I’m glad you had fun.”

This breaks my heart. I treasured my time with Joel. The laughter. The wisdom. The karaoke. Both he and Mike Nichols believed that about 80% of what they did was casting. He started the careers of many. Too many to name. Such a diverse and fearless resumé. Rest In Peace. ❤️ https://t.co/CkTBLve6Ie

“This breaks my heart,” tweeted Patrick Wilson. “I treasured my time with Joel. The laughter. The wisdom. The karaoke. Both he and Mike Nichols believed that about 80% of what they did was casting. He started the careers of many. Too many to name. Such a diverse and fearless resumé. Rest In Peace.”

Kiefer Sutherland, who starred in four Schumacher films, wrote: “Early today one of my dearest friends and partners in filmmaking, Joel Schumacher, passed away after a year-long battle with cancer. His joy, spirit and talent will live on in my heart and memory for the rest of my life. Joel gave me opportunities and lifelong lessons, making films such as The Lost Boys, Flatliners, A Time to Kill and Phonebooth. His mark on modern culture and film will live on forever. I will miss you, my friend.”

Jane Rosenthal, producing partner of Robert DeNiro, who starred in Schumacher’s Flawless with the late Phillip Seymour Hoffman, wrote: “You were the coolest, youngest guy in every room! You had the best eye for talent in front of and the behind the camera. #RIP dear Joel Schumacher”

You were the coolest, youngest guy in every room! You had the best eye for talent in front of and the behind the camera. #RIP dear Joel Schumacher

Matthew McConaughey, who started Schumacher’s in A Time to Kill alongside Samuel L. Jackson and Sandra Bullock when he was relatively unknown, tweeted, in tribute: “Joel not only took a chance on me, he fought for me. Knowing the studio might never approve a relatively unknown like myself for the lead in A Time to Kill, he set up a secret screen test for me on a Sunday morning in a small unknown studio because as he stated, ‘Even if you do great, you may not get the part, so I don’t want the industry to ever think you screen tested and DID NOT get the job.”

Nicolas Cage, who starred in Schumacher’s 8mm, said in a statement, “I am very upset about Joel’s passing—he was a great artist and a true friend… I will miss him.”

And Emmy Rossum, who starred in Schumacher’s 2004 musical The Phantom of the Opera, tweeted, “I am in tears learning of Joel Schumacher’s passing. He was a force. He was one of kind. Creative. Intense. Passionate. He played a huge part in the shaping of my life. I don’t have the right words right now.”

RELATED: On His 39th Studio Album, Bob Dylan Grapples with His Own Mythology