Joan Didion is one of America’s greatest prose stylists, and reading her new collection is a genuine event—even if some of the pieces are more than 50 years old. Let Me Tell You What I Mean (Knopf) contains 12 fairly brief essays, half of them from 1968 and the most recent from 2000. Like Didion’s South and West from 2017—a fascinating series of fragments of two magazine articles she didn’t finish in the early 1970s—it’s a sparse book, coming in at just 150 pages with wide margins, narrow columns, and large type. The lengthiest essay is actually the smart introduction from Hilton Als.

The first half of of the book spirals you back to the glory days of Slouching Towards Bethlehem—giving you brief glimpses into Gambler’s Anonymous and the writer’s distrust of mainstream media, while distilling the essence of San Simeon better than anyone I can think of. Reading it, you’re once again reminded that the observations and subjects might not be unique, but that the angles from which Didion looked at everything are totally different from anyone else’s. And, of course, the prose is peerless.

There are three invaluable and nakedly emotional pieces I was previously unaware of, though they’ve been repurposed elsewhere. “On Being Unchosen by a College of One’s Choice,” from 1968, details her devastation about not getting into Stanford and attending Berkeley instead. “Why I Write,” from 1976, breaks down the process of why Didion composed novels like Play It As It Lays and A Book of Common Prayer. Two years later, in “Telling Stories,” Didion remembers a creative writing workshop she took as a junior at Berkeley—it was the only time she ever wrote short stories. That piece culminates with a series of rejection letters sent to her agent in the mid-1960s, and a note that the story in question was eventually published in The Denver Quarterly. “By winter 1967 I had begun a second novel, and never wrote another story,” Didion writes. “I doubt that I ever will.”

Reading the pieces from 1968—the year her first essay collection was published and made her almost instantly famous—sent me back to when I discovered Didion at 16 in a contemporary nonfiction class I took in high school, where Slouching Towards Bethlehem and The White Album were being read and everything changed for me as a writer. Now, 40 years later, I often think about our somewhat similar trajectories while reading the new book: how we were both raised in California and then moved east and then returned to Los Angeles, though Didion moved back to Manhattan in the late 1980s and never returned to the state where she was born.

Throughout her career, the 86-year-old has shown herself to be a writer bewildered by rationality and reasonableness: two of the later essays are sympathetic takes on controversial gay artists (one out, one not) who both died from AIDS; “Some Women” is a 1989 intro to Robert Mapplethorpe’s coffee table book of the same name, and “The Long-Distance Runner” is a beautiful obituary for the freewheeling British filmmaker Tony Richardson, Didion’s close friend.

“Last Words,” a love letter to Ernest Hemingway, is a reminder that Didion always had a thing for the rugged Bad Boy, whether it was John Wayne or Jim Morrison or Norman Mailer, someone who embodied a “kind of romantic individualism distinctly adapted to its time and source.” The only semi-sour note in the new book is a brief hit piece on Nancy Reagan from 1968 that scores its points too easily.

The book ends with “Everywoman.com,” a surprising appreciation of Martha Stewart from 2000. “The dream and the fears into which Martha Stewart taps are not of ‘feminine’ domesticity,” Didion writes, “but of female power, of the woman who sits down at the table with the men and, still in her apron, walks away with the chips.”

It’s a curious piece to close the book on, but in Stewart, Didion seems to have found a kindred independent spirit. The writer, of course, opted for a very different table than the domestic doyenne. But seated amongst the boy’s club of American literature, she too walked away with many of the chips, hardly removing her dark sunglasses. 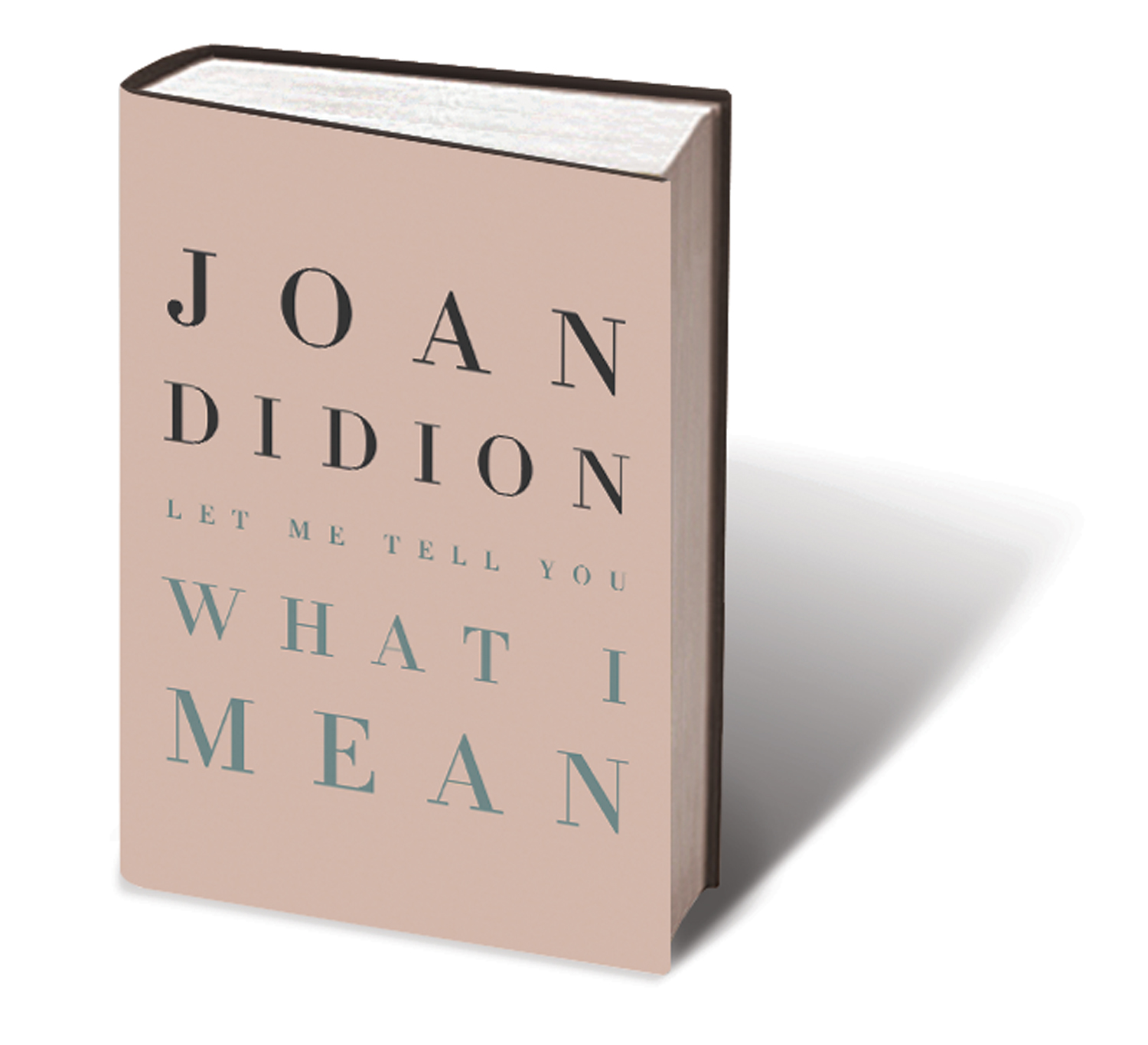