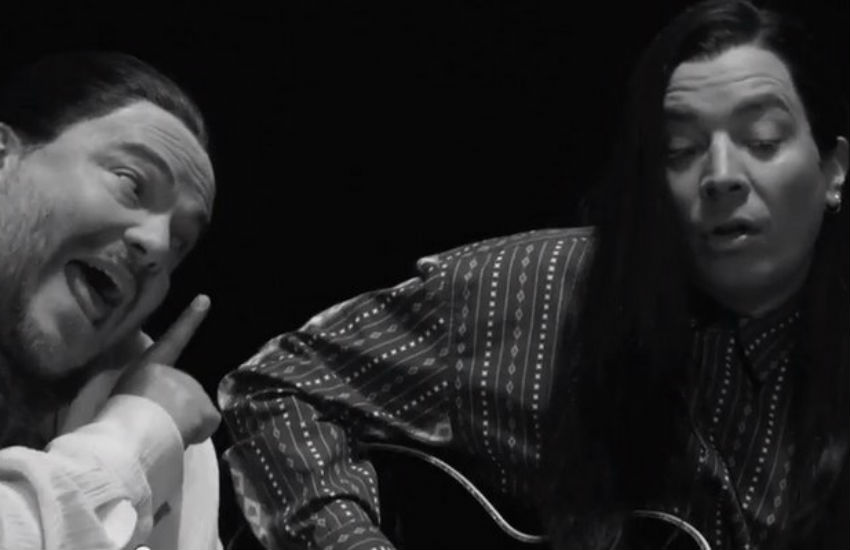 Jimmy Fallon is a master of musical satire. Who can forget his “Barry Gibb Talk Show” with Justin Timberlake on SNL or the hilarious reimagining of the Blue Oyster Cult recording “Don’t Fear the Reaper,” with Will Ferrell on cow bell and Christopher Walken behind the mixing table. Last night on Fallon’s Tonight Show, the comedian and late night host teamed up with fellow musically talented funny man Jack Black to recreate Extreme’s emotion laden, Grammy-winning  song “More Than Words” from 1990.

The best thing about this video is the attention to detail. You can’t recreate an early ’90s vibe without long locks, wacky button downs, and a single earring to cement the soft rocker look.

Check out Fallon and Black’s version and then compare it to the original.