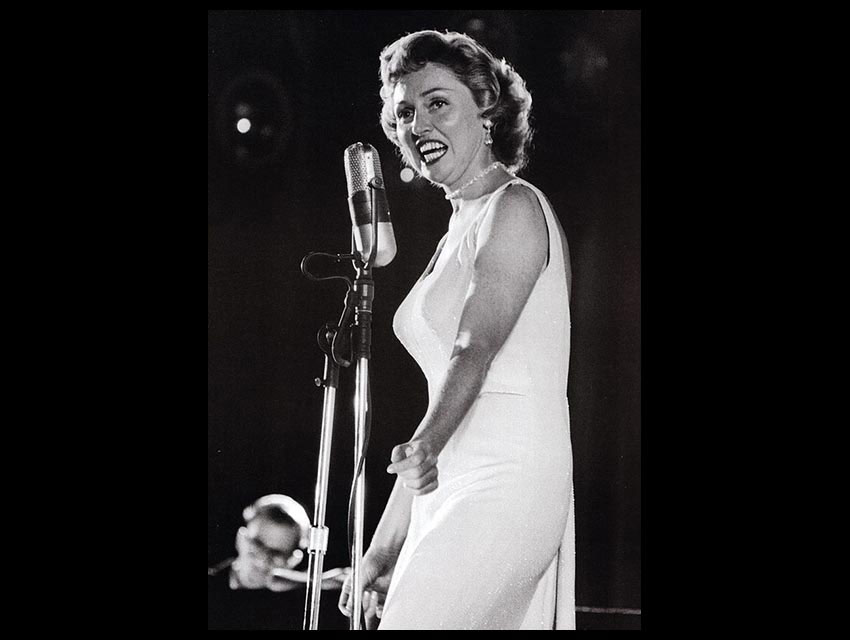 The Backstory
When L.A.-born jazz impresario Norman Granz announced plans to start a new pop-oriented label named Verve on Christmas Eve of 1955, the buzz was all about the artist that Granz had signed before the announcement. She was a respected female jazz singer whom Granz had lured away from Decca Records where her career had plateaued. In February of 1956, Granz took out a full-page ad in Billboard proclaiming: ‘VERVE RECORDS: WE GOT ELLA!’

Granz hired Buddy Bregman, a 24-year-old wunderkind arranger from Chicago, to oversee Verve’s recording sessions. Bregman found only one problem: Other than Ella Fitzgerald, who had yet to record anything for the label, they had no other artists. Granz suggested Bregman tap the roster of artists at his two money-losing jazz labels, Clef and Norgran. “I found no one who was pure enough to do pop, so I looked for crossovers—obviously vocalists,” Bregman remembered in 2011. “I went over the jazz artists on the jazz labels and I saw a lady who had gone to my high school and had an infamous reputation, Anita O’Day.”

Anita O’Day was one of the least likely choices for Verve’s first official LP. She was a relic of the Big Band days who had made her name singing with Gene Krupa’s orchestra. But O’Day did not think of herself as a jazz singer; she thought of her voice as an instrument equal with any other, even insisting on wearing the same uniforms as the all-male bands she sang with. (“Anita O’Day is a woman,” one jazz writer sniffed, “but for many years, Anita was unwilling to admit it.”) She had come up hardscrabble during the Great Depression and had an attendant personality: direct, unvarnished, and often baffling. She held her own with the bands she sang with when it came to musical prowess—and wild behavior (she had been drinking in Windy City saloons since she was sixteen). Her sense of timing and phrasing was innate—she could literally replace any instrument in a brass line—and her singing soon took on the individualistic qualities of bebop while she developed a widely publicized heroin addiction. It earned her the nickname she would despise: “The Jezebel of Jazz.”

By the early 1950s, O’Day had amassed long rap sheet and was eventually thrown into Terminal Island, where she suffered a nervous breakdown. Her career wrecked, she was playing strip dives in El Segundo and living with her drummer John Poole in Long Beach when Bregman went to see her at a club on Hollywood Boulevard. He was not impressed. “I hated her singing… but she did a whole set with her back to the audience. I thought, wow, that is so weird. I never even thought it had anything to do with drugs.” Bregman, who did not smoke or drink, spent an awkward night with O’Day and Poole trying to work out a pop repertoire with such an out-of-the-box singer. “Her piano keys had no white ivory on them and when we rehearsed ‘Honeysuckle Rose,’ she asked if I could play more in the cracks. That stopped me. So I actually moved my fingers a little to the left and she nodded like ‘That’s what I meant.'”

Bregman was intrigued, but Granz was dubious. “She never sold over 3,000 albums in her life,” he cautioned. “If you do better than that, it’s a miracle.” Bregman thought about it and decided, “Okay, I’ll take a chance on O’Day.” As O’Day herself wrote in her graphically honest 1981 autobiography High Times Hard Times, “Those seven words put me back in the business.”

Why You Should Listen
Anita (Verve #2000), recorded in three days in December 1955 in the old Capitol Studios building on Melrose Avenue, remains a masterpiece of self-reinvention. The cover, a murky and melancholy hand-tinted picture of O’Day perched on a rock, head resting in the crook of a tree, says it all: A matured woman had emerged from oblivion and was reintroducing herself, scars and all. From the crisp opening salvo of Bregman’s horn section on Cole Porter’s “You’re The Top” to the near-classical leanings of the 1931 ballad “Beautiful Love,” O’Day’s grainy, bittersweet delivery is a perfect foil for Bregman’s lush, buttery arrangements. L.A. studio vets like bassist Joe Mondragon, harpist Corky Hale and guitarist Barney Kessel round out the stellar cast of players.

The Aftermath
According to Bregman, Anita sold 385,000 copies in the first six months after its release. “As news about Anita, spread, everybody started welcoming me back,” O’Day remembered. “The Los Angeles disc jockeys promoted Anita as the album of the week. Variety, until then not one of my big boosters, was converted. Cash Box put my picture on the cover and Metronome welcomed me back in an editorial.” The New York Daily News called her “perhaps the most high-styled jazz singer in action today.” For his part, Bregman later crowed that the album “made me a star.”

O’Day’s Verve years, although plagued by her continuing addictions, were arguably her finest hour. She revealed a talent for finding quirky or obscure material on subsequent albums like Pick Yourself Up (also with Bregman), Travelin’ Light and All the Sad Young Men. (The latter is practically a concept album of overlooked composers.) In 1958, despite being “high as a kite” (her words), O’Day knocked the socks off of a sleepy afternoon crowd at the Newport Jazz Festival with her deconstruction of the standards “Tea for Two” and “Sweet Georgia Brown.” Her appearance was filmed for the 1960 documentary Jazz on A Summer’s Day, and the release of that film further completed her triumphant return and achievement of a new respectability as a unique jazz stylist.

Anita O’Day died in Los Angeles on November 23, 2006. Her memorial was at the Hollywood Forever Cemetery chapel, where Bregman recalled: “Her manager at the end of the service passed the CD out to all and said ‘This was her favorite album she ever made.'”

Signature Tracks
“Honeysuckle Rose” – Fats Waller’s warhorse is given a definitive treatment by the Jezebel. Quoth The New Yorker: “Here is a jazz vocal that is just about perfect.”

“A Nightingale Sings in Berkeley Square” – An English ballad that dates back to World War II this atmospheric, left field choice became one of O’ Day’s trademarks.

“Who Cares?” – A Broadway tune from George and Ira Gershwin highlights O’Day’s peppy persona and the lighter-than-air playing of one of her favorite accompanists, Verve house pianist Paul Smith.