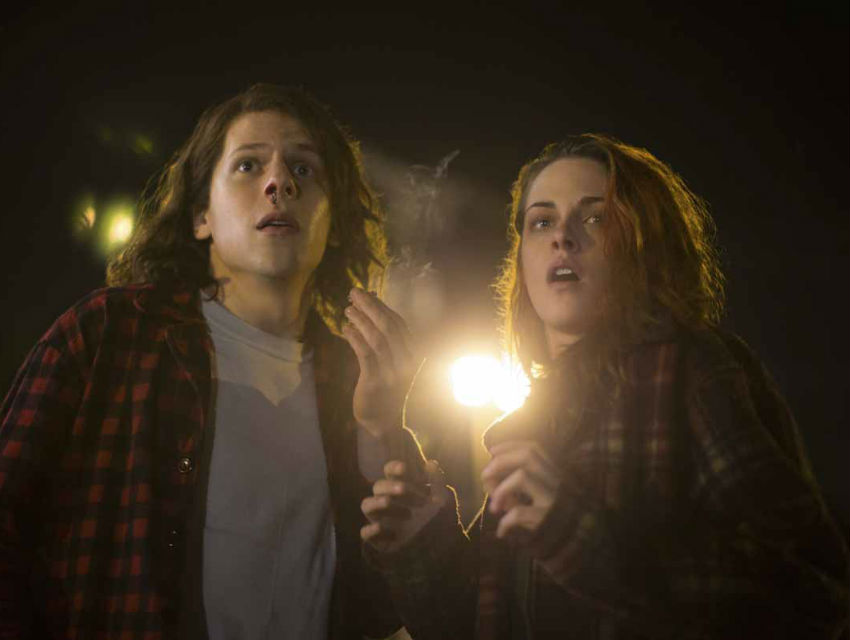 It’s kind of like The Bourne Trilogy meets The Big Lebowski. At least judging by the new trailer for Nima Nourizadeh’s upcoming Jesse Eisenberg and Kristen Stewart-helmed action comedy American Ultra. The movie, which in addition to Eisenberg and Stewart also features Topher Grace (The 70’s Show), Connie Britton (Friday Night Lights, Nashville) and Bill Pullman, is centered around a young stoner (played by Eisenberg) who after being “activated” gradually realizes that he is a highly trained government assassin. The only problem is he doesn’t actually want to be an assassin (after dispatching two killers with a spoon, Eisenberg turns to his girlfriend played by Stewart for comfort, saying “I have a lot of anxiety about this.”)

Eisenberg is perfect for the part of a neurotic stoner caught up in a massive government conspiracy. His character could very well be The Dude of the millennial generation. Check out the trailer below.

The Trailer for The Hunstman: Winter’s War Is Totally Confusing, But We Still Want to See the Movie

What to Expect from Batman v. Superman: Dawn of Justice