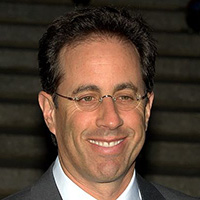 Share
Email
Facebook
Twitter
Pinterest
ReddIt
WHAT: The two comedians, who last teamed up for “The Cadillac,” a Seinfeld episode that originally aired in 1996, are working together on a mysterious new project. Seinfeld revealed the news on Monday during a Reddit “Ask Me Anything” session.
VERDICT: Great! We have no idea what the project will be but we’re guessing it centers on more ephemera from daily life. When asked during the AMA about the most mundane thing he and David had obsessed over, Seinfeld replied, “We never obsess over anything that isn’t mundane.”