Five years ago Jeffrey Deitch left L.A. looking defeated after serving as the director of the Museum of Contemporary Art from 2010 to 2013. The departure was ugly: A pastel-suited gallery impresario with a Harvard MBA, he was assailed in the media as a celebrity-loving New Yorker who didn’t get Los Angeles. And while Deitch’s 2011 grafti-soaked show, Art in the Streets, shattered MOCA’s box office records, it was also criticized for being more about spectacle than substance. When he forced out well-respected chief curator Paul Schimmel, four artists on the museum board resigned in protest.

Since Deitch returned to New York to revive his SoHo gallery—legendary for its radical, unpredictable exhibitions—the sense of electricity and risk he brought to our museum landscape has been missed. Aside from a handful of headline-making shows, among them a retrospective of painter Kerry James Marshall’s work, MOCA kept mostly quiet under successor Philippe Vergne (who resigned in April and will be replaced by controversial New York curator Klaus Biesenbach).

Now Deitch is staking his L.A. claim with a 15,000-square-foot Hollywood space for the show-stopping installations he’s partial to. Skeptics who fear a heavy rotation of Hedi Slimane and Jeff Koons may be surprised to see that Chinese dissident Ai Weiwei, the rare artist who really can be called subversive, is the subject of the gallery’s first exhibit (opening September 29). The heart of the show will be some 6,000 salvaged wooden stools from the Ming and Qing dynasties, presented in neat rows, as well as a dozen zodiac sculptures made from Legos.

Deitch has called L.A. a city where the “blurring of the boundaries…is occurring in art, design, film, music, fashion.” He’s keeping mum on the gallery for now, but even some of his old antagonists no longer bear grudges. “It didn’t work out at MOCA,” says photographer Catherine Opie, who left the museum board in 2012. “As a gallerist he’s always had a really daring program.” And his return makes perfect sense, she says, in an era when New York art-world figures are flowing into the city. “People from New York used to be, like, ‘Eh, L.A.?’ ” says Opie. “Now it’s ‘We gotta go to L.A.’ ” 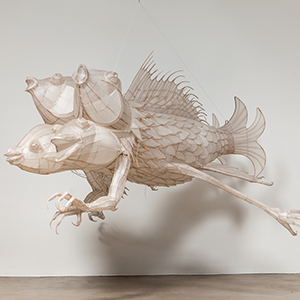 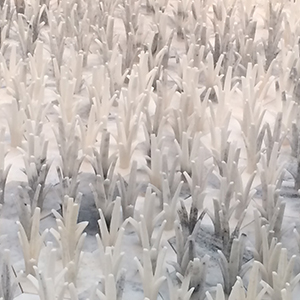 CAO
Opening October 4
Earlier this year United Talent Agency debuted a Beverly Hills art space designed by Ai. In October, the gallery hosts a number of the artist’s marble pieces, most notably a sprawling floor sculpture made up of individual clusters of grass. Standing over it, you’ll feel like a giant observing a frosted forest.

RELATED: Ai Weiwei Will Be All Over L.A. This Fall