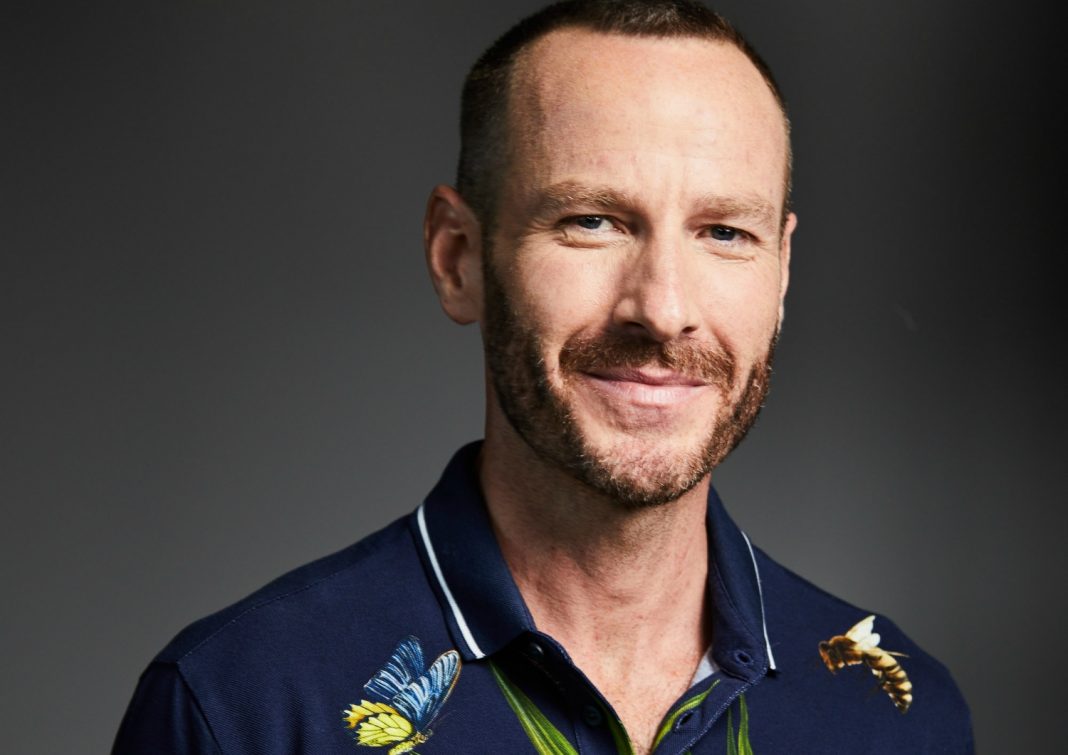 If you’ve missed hearing Jason Bentley’s voice on a daily basis, there’s a fresh opportunity to listen to the former KCRW music director and Morning Becomes Eclectic host on his newly minted weekly podcast and vodcast, The Backstory. After a couple of years of informal talks with Ron Burkle-backed 101 Studios and members-only social club Soho House, the project—which is meant to bring club members together while they’re physically apart—was fast-tracked during the pandemic.

With a slate of A-list guests and Bentley at the helm, the hope is that the podcast will appeal to more than just the Soho House crowd. The concept, at least on paper, is to bring together two guests “across industries or industry peers, to share in candid conversations about what drives them and inspires them, with never-before-told stories about their personal histories and the projects that brought them professional acclaim.” Airing on Tuesdays, the first episode features actress Kristen Bell with author Adam Grant, followed by Rosalind Chao (The Joy Luck Club) with Justin Min (The Umbrella Academy), and Margaret Cho with Paul Feig (Bridesmaids, Ghostbusters).

“When I first heard about it, I was like, ‘Oh my god, that is just so hard, why?’ I really wasn’t into the concept,” Bentley says from Soho Warehouse in DTLA. “If you’re going to meet the expectations of the concept, you have to come through with a super-inspired, highly curated pairing of people from different areas that aren’t necessarily expected, every time. But, I will say now, it’s a factor that distinguishes us from the pack and I’ve embraced the challenge of it completely. Finding the common ground between the people in each case, is the interesting part and I’ve got come to love the concept.”

While The Backstory’s guests aren’t curated by Bentley, the research, the scripting of the conversation, and the flow of the podcast are all his handiwork. This is more of a hustle than he’s had with MBE or Metropolis, Bentley’s long-running electronic and dance music show on KCRW, which he still hosts every Saturday evening. Plus, unlike the music-based work Bentley has done thus far, many of his interactions on The Backstory are with non-musical guests who might not know his backstory as a big name in L.A. public radio.

The change in format has taken some adjusting, but he says he’s getting there. “My comfort level with the format, staying engaged with the conversation, helping to stimulate the conversation as opposed to the traditional roles of interviewer/interviewee is getting better with each episode,” Bentley says. “It had been a good year since I’ve been in the hot seat, interviewing people, trying to get some insights out of them. With a conversation that is totally open-ended, what are the guardrails? What are the parameters? How do you moderate the flow? 101 Studios have encouraged me being myself and I’ve been able to wrap my arms around this thing and take ownership of it and that’s starting to come through more and more.”

Ownership has underscored the majority of Bentley’s post-KCRW moves. He started a record label, Secret Technology, releasing a single from Latroit, “Don’t Give Up,” to millions of streams. He’s looking to release more in 2021, that is, once he gets a handle on his new role as dad to newborn twin sons, Kaz and Ren. The music beds that kick off and end each episode of The Backstory, and the ones for the sponsorship spots, are written by Bentley, who has spent the last year learning the digital audio software Ableton Live, making the move from music selector to music maker. He’s also completed remixes for Phantom Planet and the Midnight.

Bentley also landed a gig as music supervisor on the much-anticipated Tom Cruise sequel Top Gun: Maverick. The film’s release has provisionally been pushed back a year to summer of 2021, and Bentley’s job putting together a potentially iconic soundtrack for the project has come to a close.

“There were a lot of cooks in that kitchen,” Bentley says. “In the early days, there was so much promise of what we could do. But it was very difficult to make any real headway. Music is one of those things where everybody thinks they’re an expert. When you’re trying to peddle ideas to a committee of big personalities like Jerry Bruckheimer and Tom Cruise, producers, stars, the studio and the director, it’s very difficult to line them all up. All I could accomplish were things with the director, Joe Kosinski. Music is always on the chopping block. I bet everything we worked on will totally change.”

Bentley is a little more at home as a recurring character on the HBO Max animated series The Fungies, where he voices a version of himself, a public radio DJ who singlehandedly runs the station. On the show, Bentley speaks exactly like he does in real life, inadvertently playing the straight man, which makes for some offbeat humor.

“It’s hilarious,” Bentley agrees. “The show creator is a fan of mine and he wrote this character. All of a sudden, I’m in a voice booth in Burbank with actors who are making funny animated cartoon voices. It’s a little oddity in my life.”

RELATED: Jason Bentley Explains Why He’s Stepping Down at KCRW

Podcasts to Get You Through the Coronavirus Self-Quarantine