Home Beauty James Charles Canceled His Tour. But Here’s What It Would Have Been... 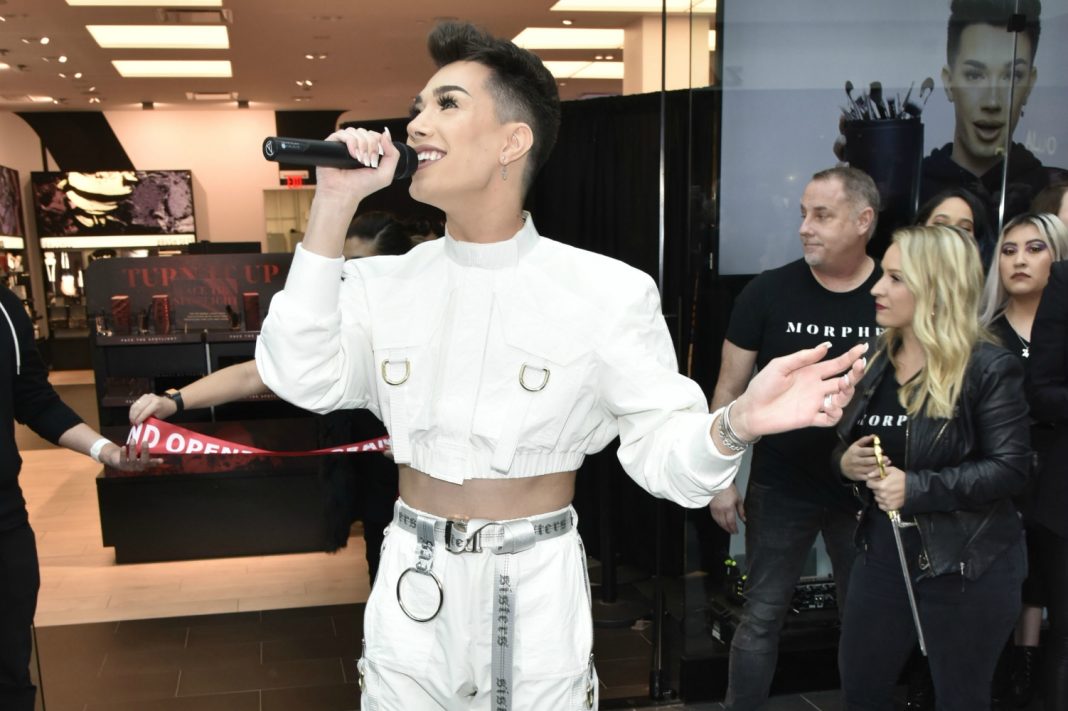 James Charles was set to bring his Sisters Tour to L.A.’s Microsoft Theater, but, in the wake of his feud with Tati Westbrook (explainer here), Charles announced on Friday that the entire tour is off (sad). If you’re older than 16 and confused about what happens when a beauty YouTuber goes on tour, then don’t fret. We have all the details to make you feel like you were basically there (happy).

First of all, a James Charles tour is not just a regular, old musical concert tour. It is, according to sisters-tour.com, “an evening full of beauty, music, and personal conversation with James. This highly immersive and interactive show will make the audience feel like part of the production—with on-stage beauty tutorials, live music, games, an interactive Q&A session, surprise giveaways, exclusive merchandise and much more.”

For about $350 ($500 AUD), you could have bought a VIP package, which meant on top of the show, you got a special meet-and-greet with the star and breakfast (!!). According to Sam Purwa-Jones, who saw James Charles’s show last year, that breakfast is “a selection of two pastries, one with ham and cheese” and another he’s not sure about.

“Which if you ask me isn’t really a breakfast, but OK,” Purwa-Jones writes to us via email.

After breakfast, VIPs meet with James Charles in a small room, where James Charles sits on the couch. If you’re not James Charles, you stand or sit on the floor. VIPs get to ask him questions or if you’re this girl, you ask him to sing with you…

After that, VIPs get to sit front row (!!!) at the show, where James Charles does a live makeup tutorial. VIPs and non-VIPs then sit and silently watch James Charles as he does his makeup.

Then after James Charles does a live (!!) makeup tutorial, he sings! James Charles loooooves to sing, so what would a James Charles tour be without an exclusive performance of some pop songs and some dancing that is mostly him just marching forward and backward?

After he sings, there’s another Q&A just in case you don’t already know everything about a 20-year-old social media star there is to know. Purwa-Jones says he wanted to ask a question but wasn’t sure what to ask him.

“We were then later given more opportunities to ask questions during the main performance where more questions were asked and I finally asked a question,” Purwa-Jones says. “‘What’s your go-to pose when taking photos?’ Yes, I know pretty shitty question, but it’s all I could think of that hadn’t already been said.”

Finally, VIPs walk away with a makeup goodie bag that Charlotte Southwood says was a “HUGE” bag full of products, including a Morphe palette and brushes, MAC sprays, and “sooo many other products from all different brands.”

“In my opinion, TOTALLY worth the price,” she writes via email. “Especially if you’re a makeup fan!!”

Purwa-Jones has a different opinion, though.

“For what I got I would not spend that much in future,” he says. “Definitely overpriced and in all honesty not worth $500.”

You also get a photo with James Charles, which equals clout in 2019.

“I would be lying if I said I didn’t go thinking that I would gain a social audience by going especially after seeing James tweet saying to tweet our Sister VIP tickets and he’ll be following us back,” Purwa-Jones says. “Which on my behalf didn’t end up happening, but I made some friends at his tour who were followed back by him.”

Aw, friends are forever; makeup palettes are not.

RELATED: The Incredibly Staying Power of the James Charles Drama