Home Film The Best and the Worst James Bond Movies 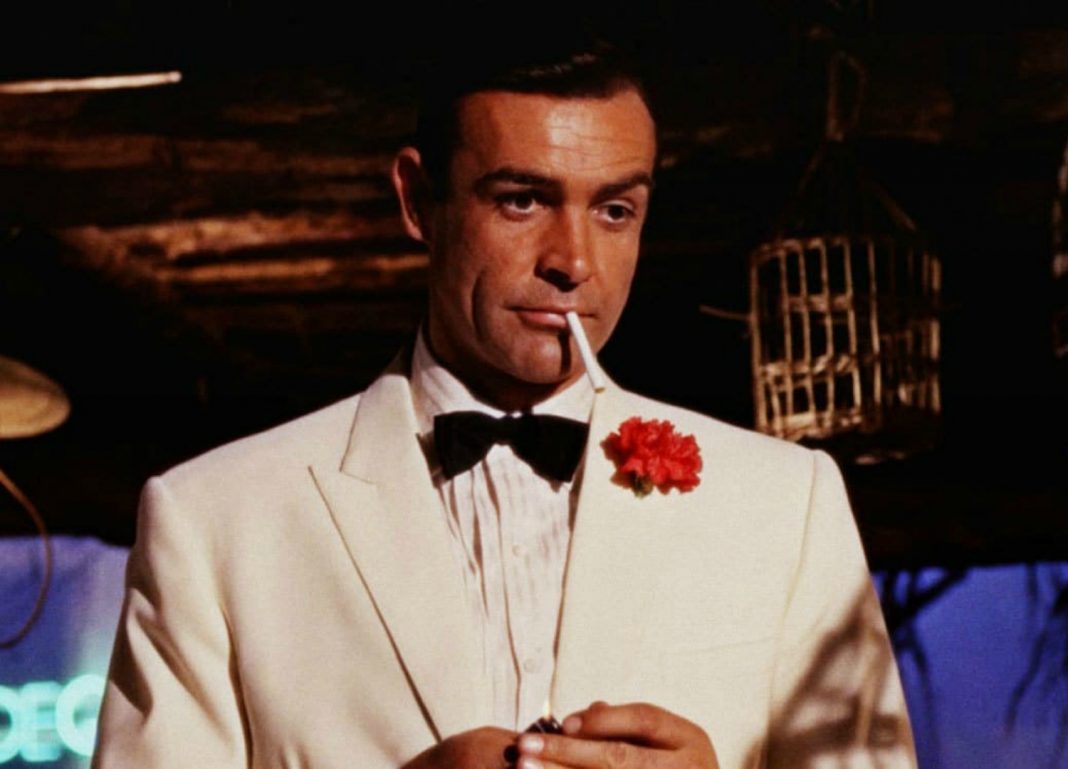 In No Time to Die, James Bond is confronted with his most daunting challenge yet: Russian assets have been planted at 10 Downing Street and the White House. No, wait, sorry, that’s real life. Actually 007 faces a deadly new virus from China. … No, that’s not right either. That’s also real life, so much so that the new Bond that you’ve been primed for by all those ads and trailers has vanished as suddenly as if abducted by SPECTRE. You know COVID-19 is serious when even Bond is sent packing. The producers have pushed back the release of No Time to Die to November, when nothing apocalyptic can possibly happen, right?

With a theme song by Billie Eilish, a script cowritten by Phoebe Waller-Bridge (Fleabag and Killing Eve), and featuring star Daniel Craig’s final performance as the secret agent licensed to kill, No Time to Die is a highly anticipated epic gone MIA. Here’s the good news: If by chance you’ve never seen a Bond movie—even though you know everything about him because he’s the most famous character in movie history’s longest-running franchise—you now have seven months to catch up on the 24 installments, spanning nearly 60 years, that precede No Time to Die, all available to stream (somewhere out there on Neflix, DirecTV, HBO, or Prime). The bad news is that most aren’t worth watching.

So here’s a quick albeit prejudiced briefing, beginning with the recognition that for all the ways Bond is identified with gadgets and cool cars and hot babes for every straight man’s inner budding adolescent (a template that fell into place with 1964’s Goldfinger, when I was a budding adolescent), the best barometer of the series remains its leading men. There’s a scene in Sofia Coppola’s Tokyo-set Lost in Translation where Bill Murray is startled to learn the quintessential 007 for the Japanese is Roger Moore, who any Bond aficionado knows was the lamest Bond almost by design. Moore was a Bond for a 1970s already anticipating the wasteland of the ’80s, when Timothy Dalton was a secret agent as uptight as the Reagan era. Her Majesty’s Secret Service is one of the better Bonds, but still can’t transcend the unfortunate casting of George Lazenby. In short, you can toss aside all the Moore, Dalton, and Lazenby pictures, which simplifies matters.

For years the only Bond was the original: Connery, Sean Connery—a Scottish bit player plucked from war pictures and Disney movies over the objections of Bond’s author, Ian Fleming. The essential Connerys are From Russia with Love, You Only Live Twice, and the breakthrough Goldfinger, a cultural phenomenon challenged in its time only by another British export that Bond felt compelled to dismiss, comparing unchilled champagne to “listening to the Beatles without earmuffs.”

After Connery’s peak it would take 12 movies and twice as many years for Bond to get back on track with Pierce Brosnan, who put to rest concerns he was too pretty for the role with an excellent debut, 1995’s GoldenEye, and a follow-up, Tomorrow Never Dies, largely redeemed by Michelle Yeoh. But then Brosnan’s run fell victim to invisible cars, special effects three decades out of date, Austin Powers parodies, and the influence of Matt Damon’s Jason Bourne films.

It’s hard now to believe how controversial the choice of Craig was for fanboys with too much time on their hands who went ballistic online. Not tall, dark, or conventionally handsome, Craig is the anti-Connery and a badass Bond more dangerous than ever; he also provided an excuse to turn the clock back to before Goldfinger. Tonally and narratively, the Craig Bonds are more in the spirit of From Russia with Love and the riveting first 20 minutes of Brosnan’s Die Another Day, which started out an altogether more harrowing picture—with Bond as a tortured prisoner of the North Koreans—before losing its nerve. Craig’s Casino Royale and Skyfall are the two best Bonds, and while you’re at it you might as well check out the somewhat underrated Quantum of Solace and the series’ 24th entry, Spectre, in which Léa Seydoux apparently inspires a barely woke 007 to have the same girlfriend for two whole movies. By now it’s not giving a lot away to reveal that in No Time to Die, Craig bequeaths his 007 license to African Jamaican Lashana Lynch, last seen in Captain Marvel. Fanboys with too much time on their hands have gone ballistic online again, this time with a Trumpian fervor given Lynch’s color and gender. In a barely woke world trying to shake itself awake—and avoid a massive pandemic—the 26th installment of the series may need to be called No Time to Sleep.

Cinespia Wraps Up Season in Style with Modern Horror Classics