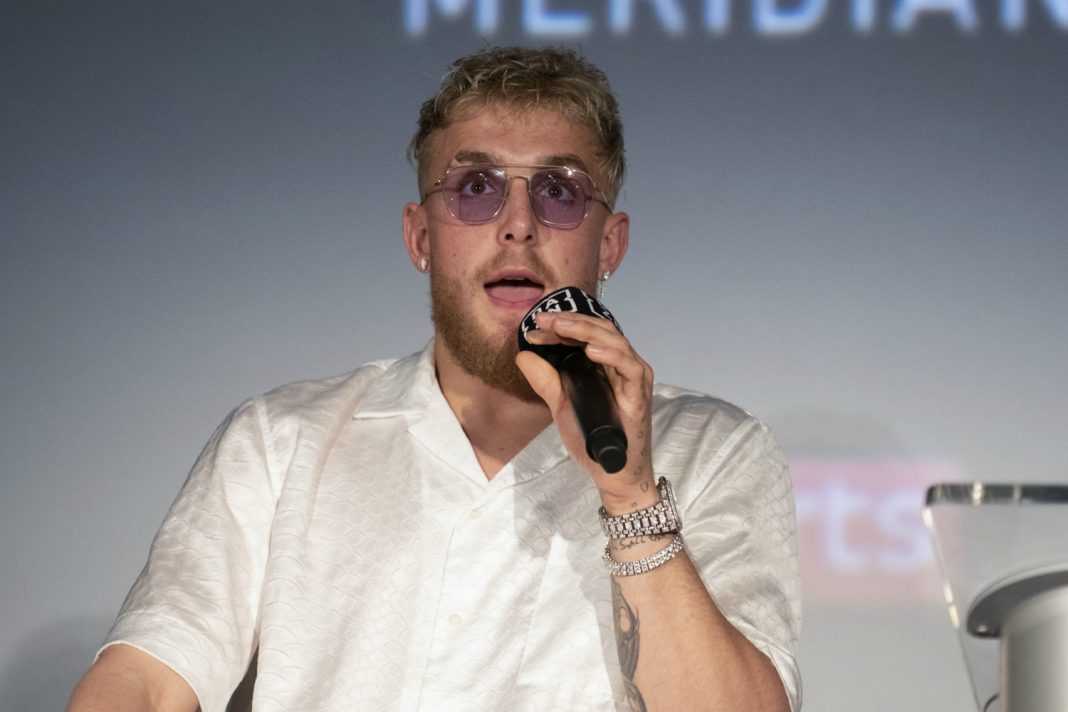 Do teens want to make money on Instagram? (Yes.) Are they willing to drop out of school to do so? (Please say no.)

A recently released, crudely edited infomercial for Paul’s how-to program (to call it a school would make me complicit) makes the case to alienated teens that the viral star—best known locally for terrorizing his Beverly Grove neighbors—is the one to save them from crippling student loan debt and the 9-to-5 grind. So long as they leave the education system in the dust.

“Quit school because you’ve been lied to,” Paul says in the infomercial, in a voice so robotic he sounds like a student (heh) being forced to give a class presentation. “Ask yourself, why are there teenagers that make millions of dollars and broke forty- and fifty-somethings?” As cheap stock footage plays that’s meant to represent American success (Lambos) and failure (a man collapsing over a pile of paperwork), Paul, who has over 25 million subscribers on YouTube, pitches his solution to income inequality. It’s, get this, knowledge. And…a blueprint! Or something.

Despite his half-baked provocations, it’s doubtful Paul worries about becoming a case study in crisis PR classes. Time and again, both of the Paul brothers have used the outrage machine to sell more #content. There was the time Jake lost his role in a Disney channel TV show after reports emerged that he was setting furniture ablaze in his pool and covering a car in peanut butter, but when a TV news van showed up, Paul climbed on top to nuzzle his butt against the satellite dish, so that’s a win for him, really. Then there was the music video Paul recorded, “It’s Everyday Bro,” which became the fifth most disliked video in YouTube history while also racking up over 250 million views.

At a characteristically chaotic kickoff event for the site—which includes lessons titled “One Day at a Time,” and “Go for It”—Paul shot streams of single dollar bills from a second-floor VIP area at the Hollywood Sports Park while friends held signs that read “School sucks start a YouTube channel today” and “I learned the periodic table but not how to do my taxes. Not awesome!”

But what is the Financial Freedom Movement anyway? The website displays corporate logos for Forbes, Walt Disney, ABC, MTV, and CBS but includes no links to the press or support these outlets have supposedly given the course. If you sign up for $20 a month, the first thing you’ll realize is that nobody’s really figured out what it is.

It doesn’t even seem like Paul thought of what he was going to say once the cameras started rolling. In a course on personal branding, a sleepy-looking Paul is interviewed by Mark Lack, an O.C.-based motivational speaker, in the foyer of a home meant to telegraph wealth. Wearing a tie-dye shirt the color of mud and mauled blue jeans, Paul offers scintillating advice to would-be influencers, like “never stop” (or “never stop never stopping,” as Conner4Real would say) and “fitness is the first step to greatness.”

Lessons on other topics like “time management” offer earth-shattering tips like the one about going to bed early so you can wake up early. Other courses rehash the kind of productivity hacks you’d find in a book like The 4-Hour Workweek, published more than a decade ago.

“I recommend delegating tasks like doing the dishes or mowing the lawn,” Paul says, sounding like a Gen Z Marie Antoinette. Suffice to say, outsourcing your tasks requires the kind of employees and cash that most teens don’t possess.

In a bit that’s so out of touch that it’s comical, Paul even recommends teens invest in security guards to protect themselves against stalkers. “If you’re worried, invest more money in safety,” he says gravely.

To be fair, some Paul fans have managed to go viral and could already be earning revenue from brand partnerships, and it’s possible some of this advice would be helpful to them. But those students probably don’t need his other boilerplate advice like “hone in on something that makes you unique.”

Paul’s tips on social media strategizing are more revealing. He says that audiences online like to see “organic growth” in terms of how someone’s brand evolves—aka don’t buy followers—and that users should consider getting more intimate online to strengthen their bonds with fans. In the past, Paul has said it’s important to maintain a Facebook presence because that’s where the old people hang out, but these days he finds YouTube and Instagram to be “the most powerful” in terms of making money.

This isn’t Paul’s first attempt to garner subscription fees from fans eager to learn his secrets. In 2018, the influencer launched a 74-video course called “Edfluence,” featuring tips on how to game social media algorithms. Before the site shut down, Buzzfeed’s Katie Notopoulos reviewed its offerings, which included advice like sucking up to people with bigger followings than you so that they’ll follow you back and commenting on celebrities’ Instagram accounts for extra clicks.

In this go-around, Paul has assembled a few other self-ordained social media savants (all white men), including Dan Fleyshman, Travis Lubinsky, and Mark Lack.

In one lesson, Paul says it’s important to come up with emotional reasons for making money. For instance, he says, you could tell yourself that you need to come up with a million dollars or someone will “murder your family.”

Paul seems to think there’s something honorable about a relentless hustle (driven by a fear of becoming a murder victim?), acquiring unlimited sports cars, and burning out before 30. I guess I can think of a few better ways of spending our last few years on this dying planet.