After he arrived in the U.K. in 1966, Jimi Hendrix found his music was embraced widely by the British, well before he ever reached rock star status in eyes of Americans. Now, for Compton-born singer Jacob Lusk, a similar path to success seems to be appearing, after years of struggles.

The Gabriels frontman spent the last year in the United Kingdom, where the neo-soul band has been busy selling out shows, blowing away audiences on the festival circuit, and even impressing music royalty Elton John, who called “Love and Hate in a Different Time,” the band’s 2021 single, “one of the most seminal records” he’s heard in the last 10 years.

As we speak, Lusk is back at home in Los Angeles—but not for long, he says.

Gabriels is opening for Harry Styles in Austin over six concerts before jet-setting back to England for a run of shows set for late October. The trio, also including native Angelino Ari Balouzian and U.K.-born Ryan Hope, will be promoting their first album, Angels & Queens – Part I, and its single the same name, which sure sounds like a hit. The momentum is teeing up a triumphant second act in Lusk’s life, perhaps previously defined—in the public eye, at least—by a fifth-place finish on American Idol in 2011.

“I’m gonna be honest with you,” Lusk tells LAMag over the phone from his DTLA residence. “I was not strong. I was not ready. I am now.” 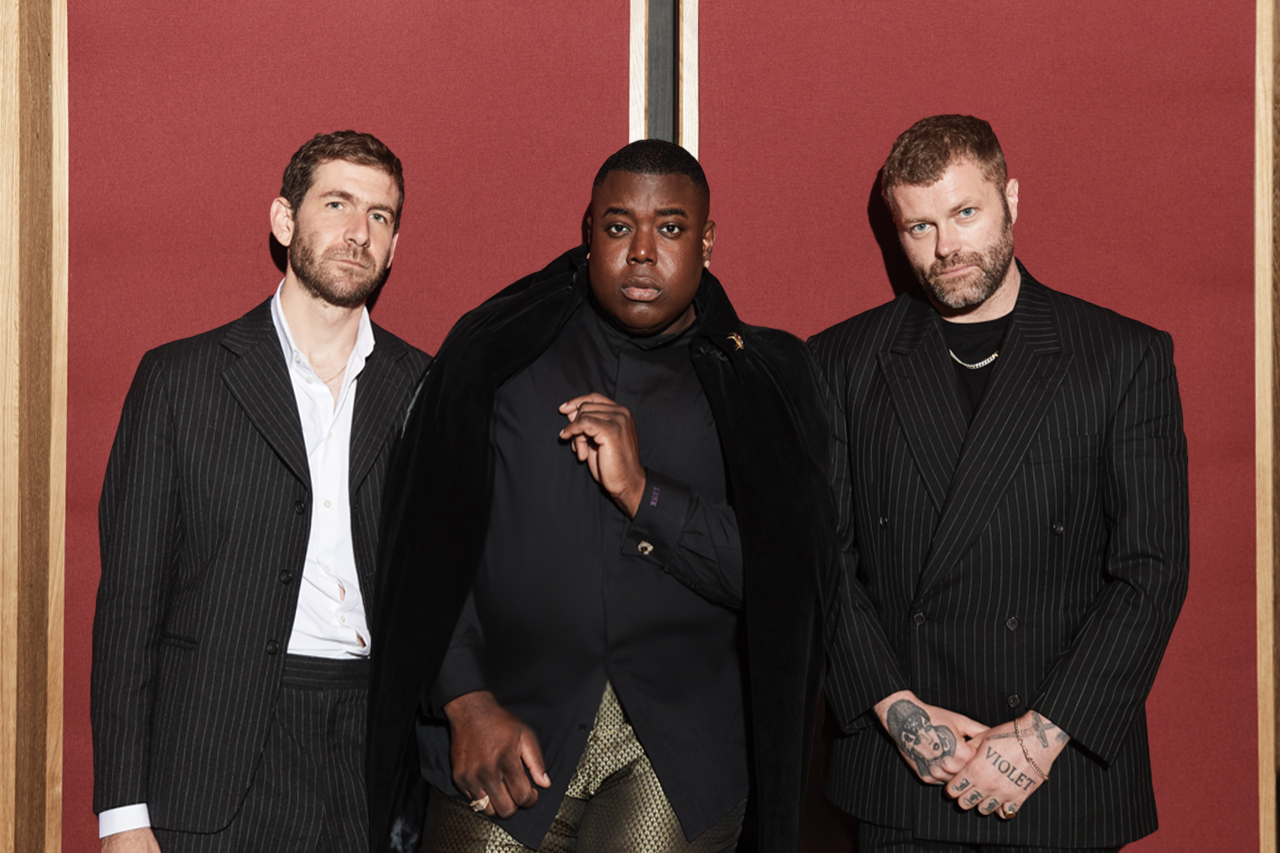 The strength of his voice and stage presence was on full display at the Glastonbury Festival in June, when he dazzled in a colorful cape over a black tuxedo while demonstrating his dynamic vocal range in front of thousands of people swaying along with the band’s irresistible groove. It was one of many performances that helped generate a word-of-mouth reputation so powerful that the band hasn’t been depending on social media marketing.

“We don’t have the craziest social media numbers, but all of our shows sell out within hours,” Lusk informs me.

The band’s Instagram account has 27,000 followers waiting for more content documenting their rise to stardom, while 22,600 people are watching the band’s moves through TikTok. Lusk, however, is less interested in the social numbers and more so in his passion.

“I had to make an internal decision: Jacob, it’s about the music; you gotta keep having fun with it. You can’t worry about the other stuff, you just can’t. Because then it becomes about something else,” he says. “I’m a singer.”

Though his early solo career fizzled after an American Idol stadium tour, he kept at it and served as his church’s choir director while working a variety of odd jobs—including working for DoorDash, which he described as one of his “really low lows” in the last decade.

“If anybody gave me an opportunity to sing, I was gonna go sing, no matter what the opportunity was,” he says, and shares the biggest lesson from his musical odyssey: “Just keep going. Never quit. Never let it go. Because at the moment that you’re ready to let go, the breaks kind of happen.”

Lusk’s moment to nearly let go of his dream came in 2018 when he started working full-time for the sunglass company, Goodr. “I didn’t think I was good. I didn’t think I could sing all that great anymore. I didn’t feel like I was beautiful,” he says while recounting the dark night of the soul. Fortunately, he joined one of the few startups that actively encourages employees to pursue their deepest passion.

“They essentially pay you to work on your purpose,” Lusk explains. “And one of the founders of the company, Keri Blunt—she talked to me one day. She said, ‘Jacob, you’re gonna make your purpose project your music.'”

Blunt, who is a multi-talented creative artist herself, describes Lusk as “a bright, shiny light” and a “loving ball of joy” while speaking to LAMag about her former employee’s meteoric rise in the industry. She actually didn’t even know Lusk could sing until a new hire recognized him from American Idol and showed her videos. Then, at a company party, Blunt experienced the full force of Lusk’s talent when it was his turn to sing karaoke.

“Everybody was just in awe,” Blunt remembers. “It was like, yeah, this is what this man is born to do.”

But Lusk’s purpose project wasn’t quite aligned with the passion she saw on stage.

“He had this beautiful thing he was trying to do that was like volunteering in the community and trying to collect and give food,” she says. “I just remember talking to him and being like, ‘You have this whole artistic journey that you’re doing. Why don’t you make that your purpose project and get your ass out of here?'”

Lusk took her advice, dedicating working hours each week to deliverable goals he could achieve without worrying about where the process may lead. It was during this time that he met his bandmates and forged a collaborative friendship that would pave the way for the band to take flight. There are other articles one can read to get the scoop behind Gabriels’ fateful formation, but the biggest story that sticks out from this conversation with Lusk is the power of purpose—and how a friendly reminder of one’s goals can be so powerful for those deviating from their dream.

“Gabriels was a little thing I was doing on the side for fun. It was a passion project,” Lusk says. “I wasn’t anticipating blowing up into superstardom.”

Angels & Queens – Part I was released on Sept. 30 on all platforms.