Home Pop Culture What Surprised Me the Most About Being a Jeopardy! Champ 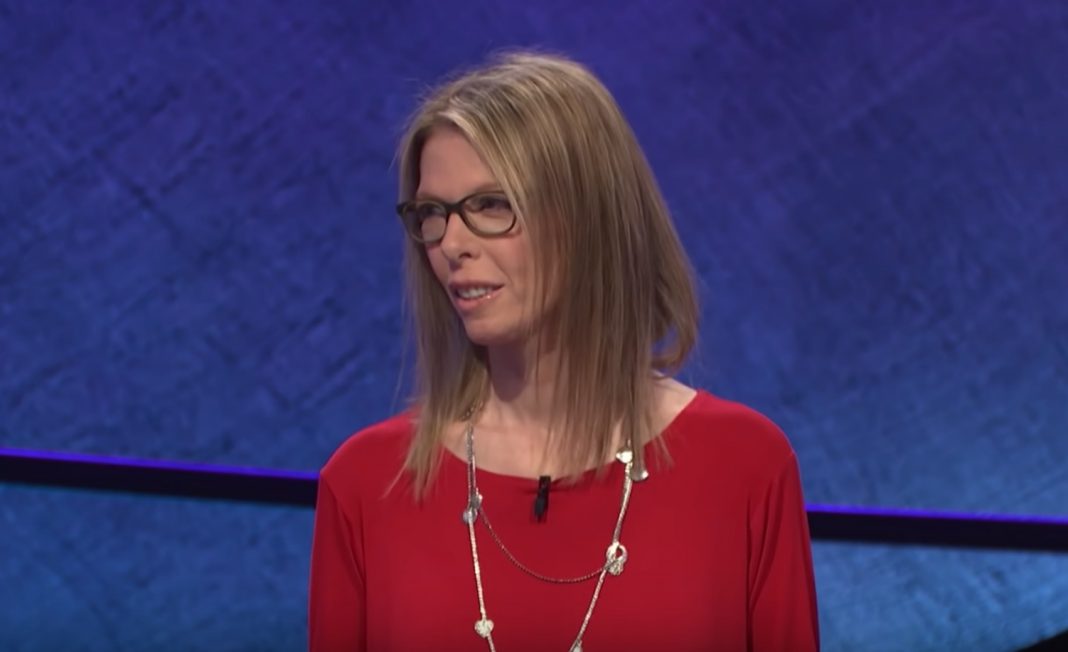 If you’ve ever wondered who your celebrity lookalike is, there’s no easier way to find out than appearing as a contestant on Jeopardy! Well, actually, there are a lot of easier ways, since getting onto the venerable game show is no easy feat. First there’s the 50-question online test, which the show’s producers say was taken by more than 84,000 people last year. Those who get a passing score (rumored to be 36 or more correct) get a chance at being randomly selected for an in-person audition. The 4,000 who make the cut can then look forward to spending a morning in a hotel conference room for another 50-question test, some mock gameplay, and a brief interview with casting. Of the people who make it that far, just over 400 will be asked to compete on the show.

In October 2018, after several years of trying, I finally became one of those lucky people. I was about as prepared as one can be for something like Jeopardy!, having previously played (and lost) on Who Wants to Be a Millionaire and GSN’s The Chase. And while losing wasn’t fun, it made me realize that, as with any competitive endeavor, failure is often a part of the process of becoming successful. I learned my world capitals. I started to pay more attention to the news. I discovered the joys of PBS documentaries. I even tried to prepare for what I correctly assumed would be the most daunting challenge of all, buzzing in before the other contestants. Yet despite months of frantic practicing at home with a ballpoint, I never did quite get the hang of it. Fortunately for me, neither did my opponents and I went on to appear on a total of five episodes that aired in December, earning a total of $88,039.

What I wasn’t prepared for, however, was how invested viewers would be in how I did. I’m not sure why this surprised me. Part of the joy of Jeopardy! has always been finding someone to root for or against. But I had always thought of it as a private pleasure. As it turns out, though, there are Jeopardy! fans who take the show seriously. They analyze the contestants’ wagers, general gameplay and, yes, their celebrity Doppelgangers, on everything from the show’s official social media feeds to various Reddit threads and fan sites dedicated entirely to Jeopardy!

After my third appearance, the show’s official social media mavens Tweeted: “’70s music fans: Does Jackie look familiar to you?” They asked because I played bass in the all-female rock band the Runaways, but the consensus was nearly unanimous: I looked like David Bowie—in Labyrinth. Or Diane Keaton. Or the secret love child of David Bowie and Diane Keaton. And when I asked members of the “secret” Jeopardy! Contestants Facebook group if they’d been compared to famous people after being on the show. I got back over three dozen responses in the first 30 minutes and over 100 in the first 10 hours. Zach Galifianakis. Seth MacFarlane. Mayim Bialik. Tina Fey. Howard Stern. Sarah Huckabee Sanders. Paul Giamatti. Austin Powers. Peppermint Patty. Clark Kent. Velma and Daphne from Scooby-Doo. Most contestants thought the comparisons were funny. A few found them hurtful. Some were disappointed no one thought they looked like anyone famous.

More fascinating to me, though, was that viewers had such intense reactions to me, both positive or negative. Some people found me fun, badass, and brilliant. Others couldn’t wait for me to lose. “She’s annoying like Ken Jennings,” one Tweeted. Obviously it was meant as an insult, but I took it as a compliment—Jennings won a record 74 consecutive regular season games in 2004. Other viewers seemed obsessed by the fit of my bra or my “crazy” hair, which had simply gotten caught on the back of my shirt when I changed clothes in-between my second and third appearances.

The producers had warned us that social media could be difficult, especially for the female contestants. But I found the whole experience oddly endearing. The level of investment in the contestants is one not generally seen on other game shows. Part of it is that winning contestants get to return on the next show, giving viewers time to get to know them. It’s just one of the reasons for Jeopardy!’s continuing popularity after almost 45 years on the air.

But what really makes Jeopardy! special is the way it manages to make viewers feel smart themselves. Make no mistake, everyone who competes on Jeopardy! is extremely knowledgeable. But we’re only human. Put us in the pressure cooker of competition, make us battle simply for the right to try to answer each question, ask us to wager some or all of our money on the fly, and in the middle ask us to <gulp> talk about ourselves on TV. At some point our brains are going to freeze up for no apparent reason. And when that happens, viewers get to shout at the screen and maybe, just maybe, feel smarter than Ken Jennings. It’s TV gold.

But there’s one part of the Jeopardy! magic viewers will seldom if ever experience, and that’s the sense of community that develops between the contestants. Competing on Jeopardy! is an instant bonding experience, especially for people whose tapings coincide. We spend an entire day together, much of it in one small room. We sit together in the audience and watch the episodes we’re not on. We root for each other. And afterward, we connect on social media and sometimes outside of social media as well. We remain friends.

If there’s one thing Jeopardy! really knows how to do, it’s finding interesting people who are interested in their world—a world in which Clark Kent and David Bowie can hang out with those meddling kids from Scooby-Doo.

After Stepping Down as Host, Mike Richards Is Out as ‘Jeopardy!’ Executive Producer Too