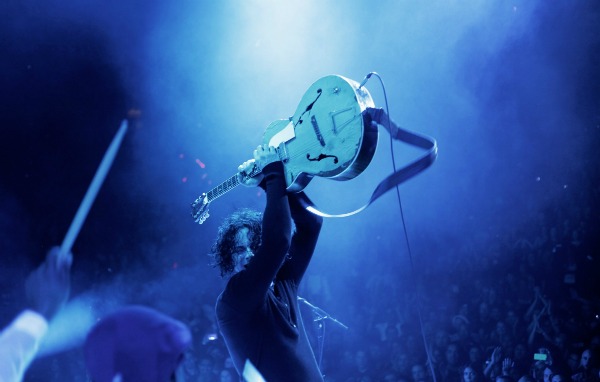 Jack White may have quit The White Stripes, but the bluesman with the heart of a punk rocker hasn’t been idle. He runs the label Third Man Records, has launched a Nashville-based Third Man outlet, and is dedicated to re-releasing endangered blues tracks on vinyl. See where we’re going with this?

Now White has a new moniker to add to his resume: ambassador for Record Store Day. The international event teams up with local establishments to (hopefully) get music fans up, out, and into their neighborhood music shops.

White is throwing himself into the role of spokesman, issuing a statement about as subtle as a Blunderbuss:

“We need to re-educate ourselves about human interaction and the difference between downloading a track on a computer and talking to other people in person and getting turned onto music that you can hold in your hands and share with others. The size, shape, smell, texture and sound of a vinyl record; how do you explain to that teenager who doesn’t know that it’s a more beautiful musical experience than a mouse click? You get up off your ass, you grab them by the arm and you take them there. You put the record in their hands. You make them drop the needle on the platter. Then they’ll know.”

If anyone can make that transition happen through force of will, it’s White. And earlier this month Record Store Day co-founder Michael Kurtz upped his pedigree with a knighthood from the French Culture Ministry. In the ongoing war between turntable and touchscreen, analog aficiondos have won at least one skirmish.