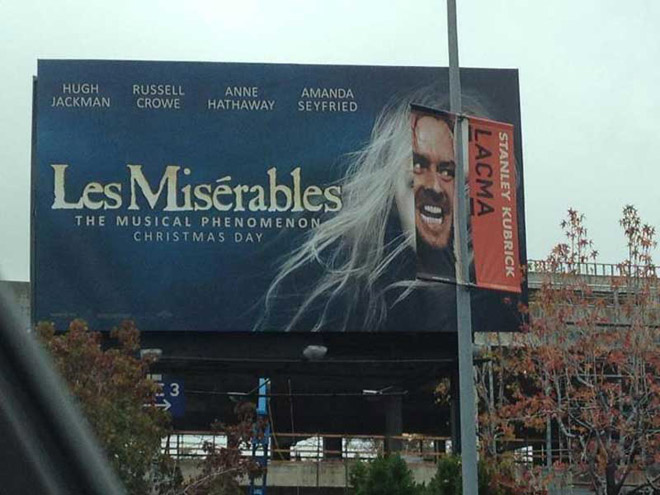 Photo by Nothing to do with Arbroath

Nothing To Do With Arbroath first noticed and snapped a pic of the juxtaposition, which features a lightpole ad for LACMA’s Stanley Kubrick exhibit perfectly placed against the backdrop of a Les Mis billboard, and we later spotted it on 22 Words. We’d pay double to see that movie.