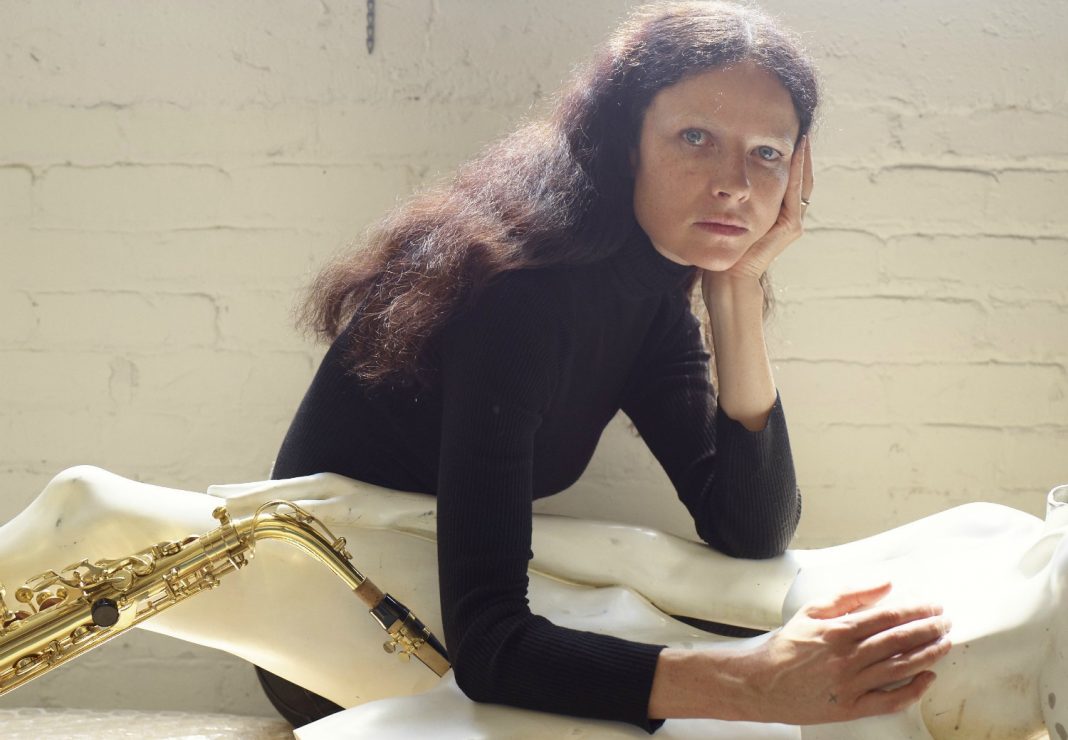 Seated across from me in her lofted MacArthur Park studio on a swampy summer Sunday in late August, Isabelle Albuquerque wears a black ball cap emblazoned with the slogan: “When Attitude Becomes Form.” It might as well be the mantra for her rocket-fueled sculpture practice, which only began in earnest a year ago, but will be the subject of a solo debut, Sextet, open through October 17 at downtown’s ascendant Nicodim Gallery. Drawn from a new body of work titled Orgy for 10 People in One Body, the highly personal and poetic figures first came into existence last summer, at the tail end of “the most sexual year of my life,” Albuquerque says with a giddy laugh. “It was crazy, even if most of it was just in my head, but it was a very healing time.”

The 38-year-old artist, musician, and performer made her first foray into sculpture three years ago—mainly rough hewn plaster bodies and phalluses whose heads she cut off, a reaction in part to the results of the 2016 election—while she and partner Jon Ray were working on a monograph with the award-winning artist/filmmaker Arthur Jafa, who shot their band Hecuba’s first music video over a decade ago and cast Albuquerque as a subject of his acclaimed 2019 film, The White Album, a 40-minute meditation on whiteness in the age of Trump.

“That was a little scary given the subject matter of the film, but I implicitly trust AJ’s gaze. I so respect and am always learning from the depth of his looking,” she says, pointing to the wall behind me, where the sheet music of Amazing Grace is tacked above a keyboard. “I once was lost, but now I am found. Was blind, but now I see. That’s orgiastic. You’re like edging the whole song. When I’m out in the world I can’t stop looking at people, I have to catch myself sometimes. The gaze is power and I often feel that my whole body is an eyeball.” 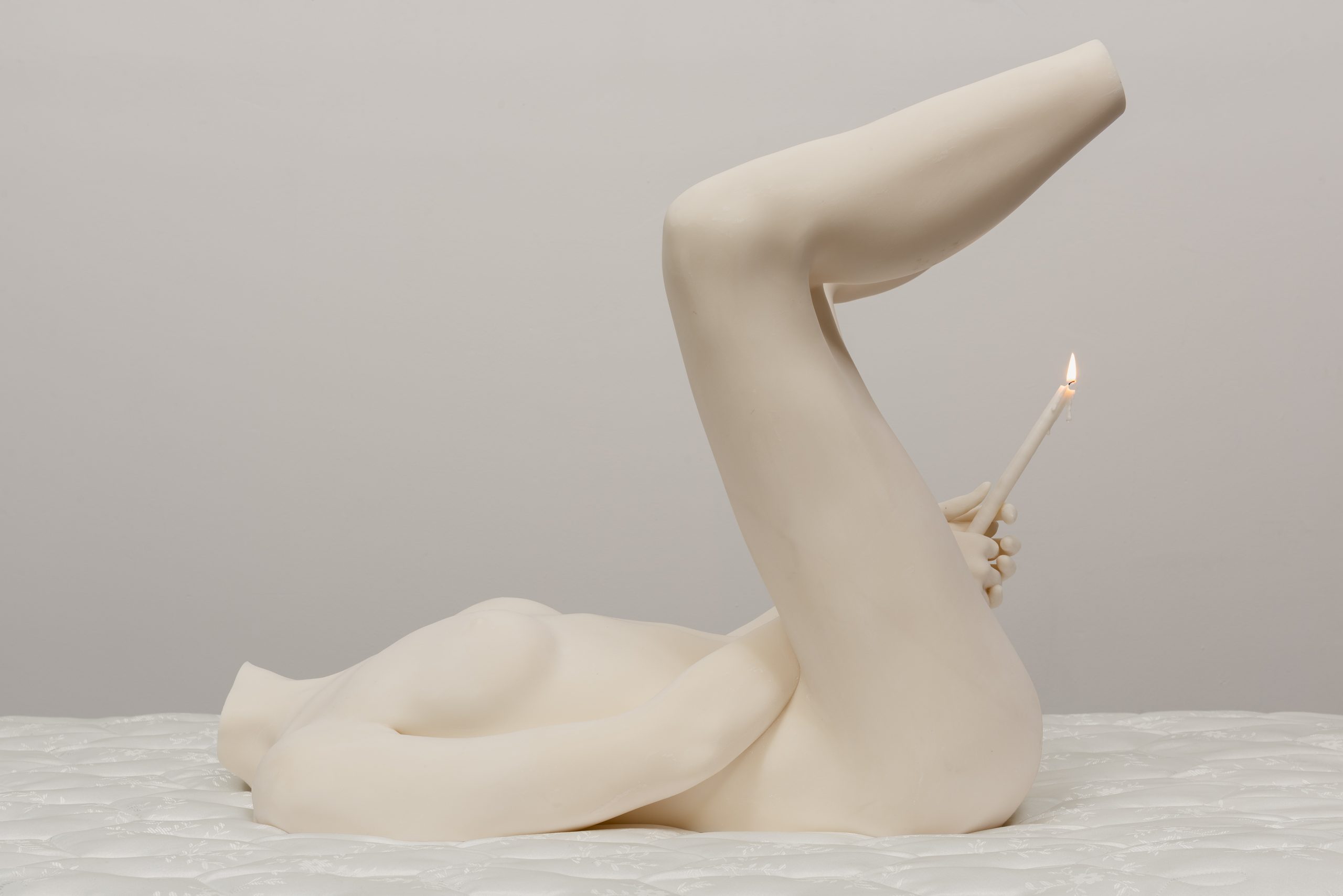 “Because these are so personal I do a lot of rituals with them, so with No. 1 I was playing sax around the studio, and I slept with the walnut saint for weeks before it was shown,” says Albuquerque. She also rendered herself via 3D scans in black rubber in a table top position—think Allen Jones, but more animalistic and less anonymous—and another curled up like a fawn in a sculpture wrapped in deerskin like a zoomorphic Bambi on ecstasy. In fact, it’s a nod to the Chinese-American Bambi illustrator Tyrus Wong. “I ate deer meat for three weeks while it was being made,” she says. 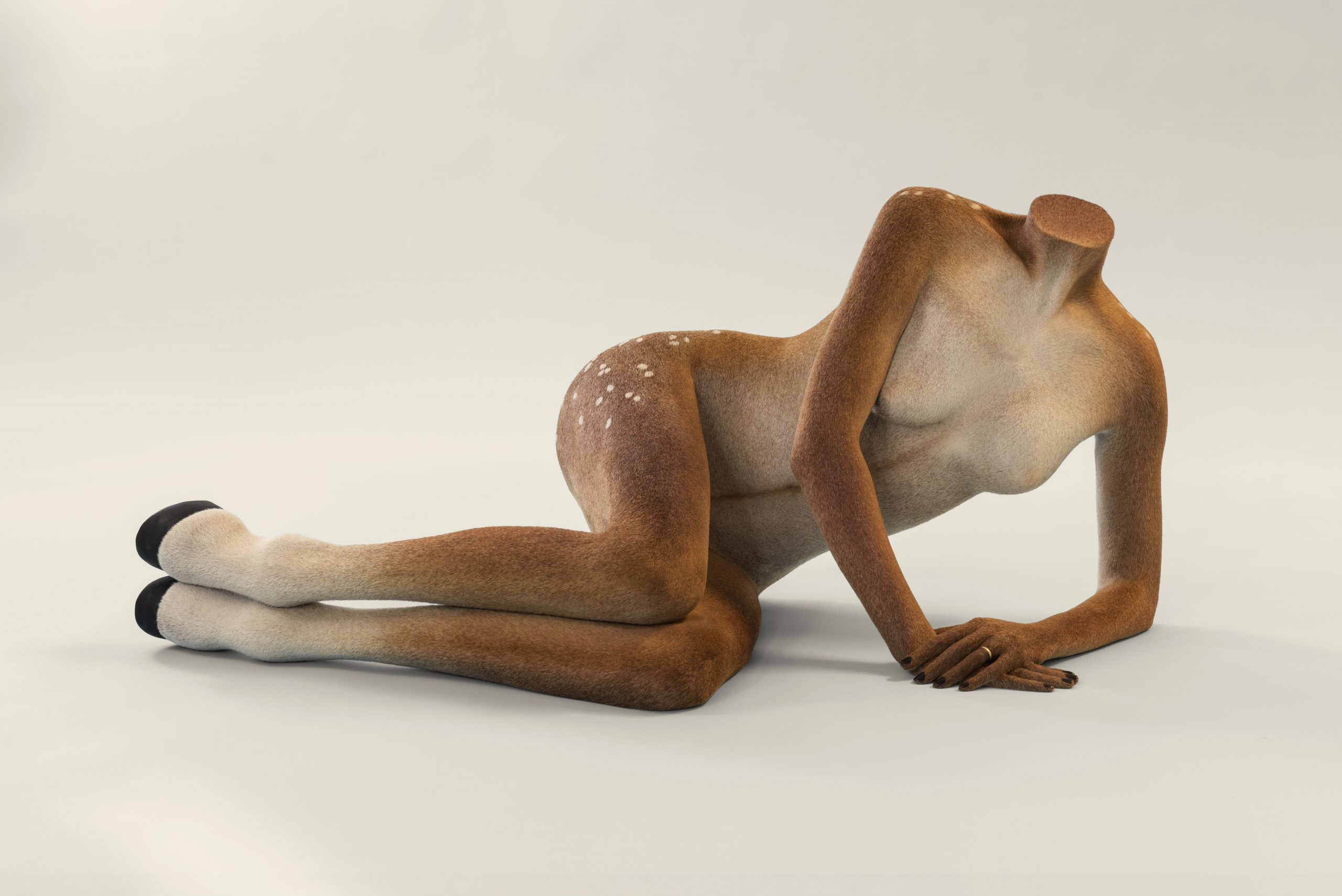 If these rituals seem a bit strange, consider that Albuquerque is a product of method and artistic ritual. Her father was a sax-playing scientist who designed his own software and met her mother, the iconic feminist artist Lita Albuquerque, in 1979 when he volunteered to help the Tunisian-born artist pour pyramids of red pigment on the National Mall for her seminal public artwork The Washington Monument Project.

“As a kid I would travel all over the world with my mom. I was her assistant for years, and I would enlist people for her performances from the sands of Death Valley to the Giza plateau to Nikko National Park in the Tochigi prefecture north of Tokyo. Most of the performers had no specific artistic training, like my dad, but they had the right intentions,” says Albuquerque, noting that the intentions behind her erotic sculptures—each of which take a classic position of female vulnerability and flip it into a position of power—are perhaps more potent than the suggestion or gaze of the poses they hold. By attempting to capture the ecstasy, the mini death, of sexual identity in bronze, resin, fur, and rubber, Albuquerque hopes to extend the orgiastic experience into infinity (or at least until the apocalypse).

“When I first started making the work I thought they were all sexual, but now they seem more quiet,” she says, her eyes lighting up. “And with the work spaced around the gallery, each of them alone almost, they’ll be kind of spiritual.”

RELATED: Why a Local Art Org Is Trying to Save a Nondescript Hollywood Dry Cleaner from Demolition