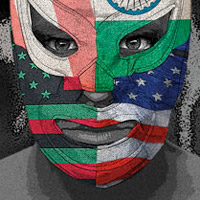 This week The Elaborate Entrance of Chad Deity made its West Coast premiere at the Geffen Playhouse. The play, which uses the world of professional wrestling to explore the American experience, is a champion itself: In addition to claiming the Obie Award for Best New American Play and the New York Times Play Prize, The Elaborate Entrance of Chad Deity was a finalist for the 2010 Pulitzer Prize. It’s also a total blast.

As an arts partner of The Geffen Playhouse, we have already given away a pair of tickets to the play’s Girls Night Out event on September 15. We are giving away a second pair of tickets this week. If you haven’t been to a Girls Night Out at the Geffen before, here’s what you need to know: it includes a post-show party with an open bar, a buffet, and shopping. We can’t think of a better way to cool down after watching a bunch of guys throw each other around in the boxing ring.