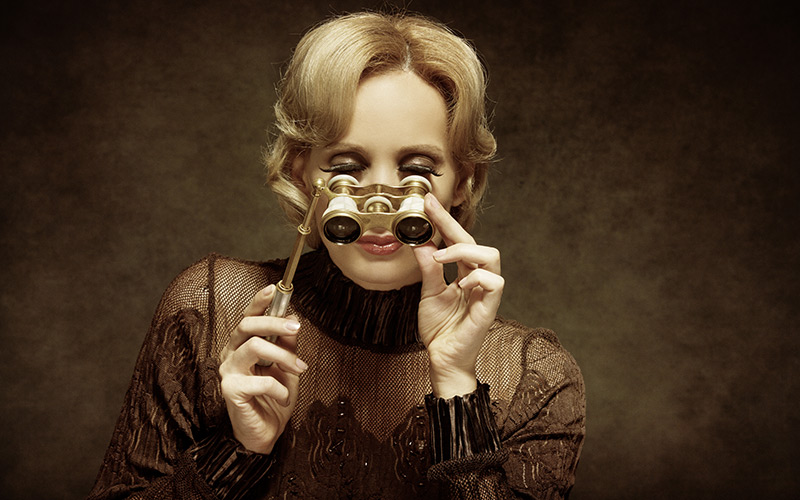 Into the Film is a new pop-up cinema that goes way beyond screening movies. It plunges guests into the fictional world of the film itself, thanks to an immersive experience featuring meticulously designed sets, puzzles, and character interactions. It debuts in August with “A Night at the Opera,” inspired by Universal Pictures’ 1925 silent classic, The Phantom of the Opera (the one starring a creepy-looking Lon Chaney—who, rumor has it, hooked a thin wire to his nostrils to pull back his nose like so in an early attempt at special effects makeup).

Think of it as a murder-mystery type of thing with a Hollywood twist. Attendees will find themselves transported to 1880s Paris, where whispers of the Phantom rule the streets. The project’s creative director, Richard Holland, whose credits include working as the set designer on Labyrinth and The Dark Crystal, will transform the Santa Monica Bay Women’s Club, built in 1914, into the Paris Opera House for the occasion.

You’ll have two hours to explore sets (like Christine’s dressing room) and attend the lavish masquerade ball (where the ever-obfuscated Phantom makes an appearance disguised as Edgar Allen Poe’s Red Death) while working in the parameters of a specific role you’ll be given in advance—an investigator on the trail of the pernicious Phantom, a haughty aristocrat, an ambitious social climber who’s won an invitation to the ball. Guests will collect clues and solve puzzles move the evening forward. As with other immersive productions, like New York’s Sleep No More and Los Angeles’ The Willows, different scenes play out at various times among the sets, so some guests will witness things that others won’t.

Because this is L.A. and we’re all about living your truth, non-actors can opt out of their assigned role and just mingle instead. Crepes Bonaparte will provide the food for the evening, and a cash bar will offer beer, wine and signature cocktails.

The whole thing culminates with a screening of the movie (you’re welcome in advance for that Lon Chaney fun fact, which you have permission to share with the person sitting next to you). The L.A.-based Helix Collective will play a live score over the film.

But what do I wear?!

There’s a dress code, and it’s strict: formal attire, aka floor-length or cocktail dresses for female characters and suits or tuxes for male characters.

Into the Film chose Phantom as their inaugural movie for numerous reasons, including a shared love of Old Hollywood and the way the familiar mystery has been told via multiple mediums, most notably the 1986 Andrew Lloyd Webber musical and the show’s 2004 film adaptation.

“We thought we could provide an experience for people getting to see [the 1925 film] for the first time, along with elements they recognize from the different versions we’ve seen,” Into the Film cofounder Erik Geffner-Mihlsten said.

Have they done this elsewhere?

Over in the U.K., Secret Cinema has been engrossing film-goers in properties like Brazil and Back to the Future since 2007, but in Los Angeles, fully immersive screenings on this scale are a new experience. Geffner-Mihlsten said he came up with the idea for the elaborate events with his sister, Alena, and brother, Alex. The family of self-described cinephiles wanted to create something where each screening “recreates the world of a movie in a physical space.”

“I’d love to be an archeologist in Indiana Jones, exploring a marketplace or figuring out the secrets of a tomb. Or Star Wars! What I would give to be a merchant on Tatooine,” he said.

Into the Film plans to stage its second screening event, complete with its own immersive world, in October.