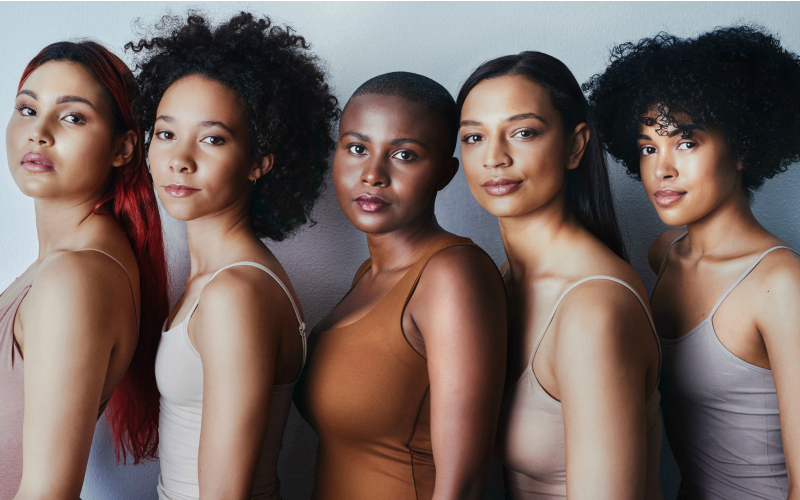 Celebrations of International Women’s Day date back over a hundred years, to when Suffragettes would mark the day with rallies for voting rights and other reforms. In 1908, 15,000 women marched in the streets of New York City; two years later, a conference of  Socialists, unionists, and women’s activists from 17 countries committed to formalizing an annual International Women’s Day. Another 65 years later, the United Nations acknowledged the occasion for the first time, and proclaimed that the day should be observed in all member states.

In 1996, the U.N. added the idea of an annual theme for each year’s celebration. That has included ideas such as empowering rural women, taking action to end violence against women, and this year’s theme, officially known as #PushForProgress. The catchy hashtag is inspired by #MeToo and #TimesUp, and also by recent reports that suggest that unless efforts are made to speed the rate of change, global economic parity between men and women will not be attained for 217 years.

To help you make your own push for progress right here in L.A., we’ve found celebrations, marches, and events to participate in this International Women’s Day.

Organized by transnational feminist activist network AF3IRM, this march and rally in DTLA is specifically led by women of color, but everyone is invited to participate. At noon, the group will start a march from the Metropolitan Detention Center, a federal prison that holds female as well as male inmates, to City Hall. In addition to the march, there will be performances from Chulita Vinyl Club and Chingona Fire, and stations for screen printing and art-making. (March 3, noon; 535 Alameda St., downtown)

To make a statement about conditions for women around the world, activists are organizing a day of strikes that they say will be observed in 50 countries. In L.A., that means a workday rally from 4 to 7 p.m. at the Federal Building downtown. Gather for speeches, poetry readings, and opportunities to learn about the work of various participating community groups. (March 8, 4 p.m.; 300 N. Los Angeles St., downtown)

The tech and start-up sectors continue to be plagued by gender imbalance, with female entrepreneurs still facing far greater difficulty accessing funding and resources than their male counterparts. In honor of IWD, tech education hub General Assembly is opening its Santa Monica campus for a free night of talks by female business leaders, followed by open networking for women in the field. (March 8, 6:30 p.m.; 1520 2nd St., Santa Monica)

Join the women of Las Fotos Project for a benefit party at Plaza de la Raza in Lincoln Park. The celebration will include female artists, performers, and leaders from across the city, with art installations, music, live performances, and more. All the proceeds from ticket sales ($25 to $55, free for kids under 10) will go to Las Fotos Project’s mission to create empowering, safe, creative spaces for teen girls. (March 10, 6 p.m.; 3540 N. Mission Rd., Lincoln Heights)

Stop by for an afternoon of coffee, networking, and co-working at Cross Campus DTLA, from 11 a.m. to 2 p.m. The gathering is hosted by Ladies Get Paid L.A., the local chapter of a national professional development organization for women that offers training in salary negotiations, handling career setbacks, and other challenges that impact women at work.  (March 8, 11 a.m.; 800 Wilshire Blvd., downtown)

The Secret Society of the Sisterhood at Hollywood Forever

In a candlelit room inside the Masonic Lodge at Hollywood Forever Cemetery, on the night of a full moon, this gathering of a “secret sisterhood” of women and allies takes place. A collection of female writers, musicians, and performers will create an intimate environment of storytelling and personal sharing. Proceeds from tickets ($25 to $30) will benefit Planned Parenthood. (March 1, 8 p.m.; 6000 Santa Monica Blvd., Hollywood)

Over 40 vendors will be tabling at Eastside Cafe for a weekend of zines and prints, all created by womxn of color, gender-queer, and trans artists. Behind the event is the non-profit Nalgona Positivity Pride, a group working for intersectional body positivity, eating disorder awareness, and multi-cultural self-acceptance, acknowledging, among other factors, the historical role that European colonialism played in creating skewed beauty standards around the world. (March 24, 3-8 p.m, and March 25, noon-6 p.m.; 5496 Huntington Dr. North, El Sereno)

RELATED: A Giant, Glowing Uterus Has Come to the Sunset Strip