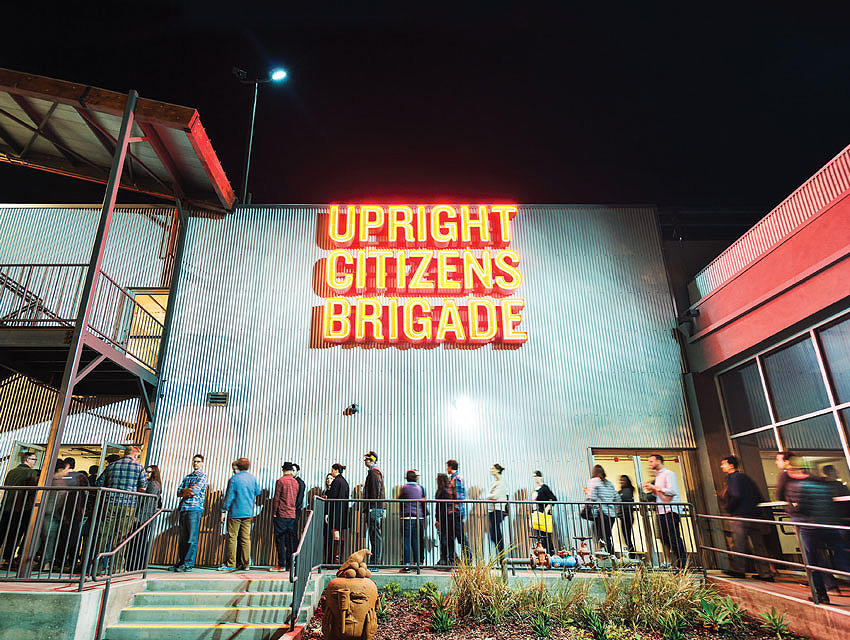 The backstory: Founded in Chicago in 1991 by four comedians, including Amy Poehler and Matt Besser, UCB moved to New York in 1996, opening an L.A. branch in 2005.

You may know it because: After the Groundlings, UCB is L.A.’s premier comedy academy, hosting shows at the new spot and the original on Franklin.

Which show to catch? There are three or four shows a night. Some are free; others, $5 or $10. Reserve a seat online.

If you want improve: “ASSSSCAT,” on Sundays at 7 p.m., is UCB’s flagship show, anchored by Besser with a rotating cast that includes Zach Woods (Silicon Valley) and Lauren Lapkus (Orange Is the New Black).

Prefer sketch comedy? Earlier shows tend to be less explicit, while “The Midnight Show” is rated R for raunchy. “Revolver,” on the second Wednesday of the month, features a different celebrity head writer (the first was Andy Richter). Improv and sketch teams compete on the popular “Maude” and “Harold” nights. Genius is often on display during the pop culture-inspired “Quick & Funny Musicals,” which might riff on subjects like the rainbow art of Lisa Frank.

For star sightings: Big names like David Cross, Zach Galifianakis, and Sarah Silverman often drop in to join up-and-comers during the “Fresh Out! LA” show on Thursdays at 8:30 p.m.

When you get hungry: You’re in Thai Town. Try Jitlada’s spicy jungle curry, or a little farther east on Sunset, the original Zankou’s roasted chicken and garlic paste. The UCB’s café has hearty sandwiches and Stumptown coffee.

These Were Our Favorite Places to Get Takeout in 2020