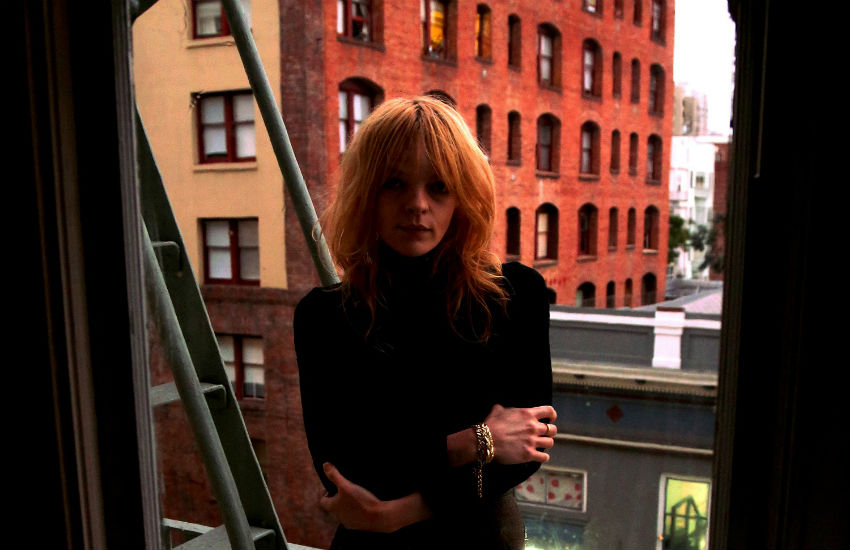 Carried by her haunting vocals and sparse, lilting guitar arrangements, Jessica Pratt’s On Your Own Love Again, the singer-songwriter’s sophomore album out today, unfurls like a cloud of smoke, shifting shape and opening space upon each repeated listening. The 27-year-old musician, whose sound is often associated with artists like Devendra Banhart, Sufjan Stevens, and Animal Collective, was championed by White Fence’s Tim Presley, who released her self-titled debut album in 2012. Since then things have been moving fast for Pratt. She moved to L.A. from San Francisco a year ago, and On Your Own Love Again is in many ways a product of her new environment. “You’re always influenced by your environment,” says Pratt. “I think the opportunity for strange things to happen with different kinds of people who make art is very different here and a lot more exciting.”

We sat down with the singer-songwriter to discuss her influential move to L.A., the joys of home recording, and the emotional release embedded in her songs.

✪ Pratt recorded most of the album after her move to Los Angeles, at a time when she was still adjusting to her new home. “The vastness of the city makes it feel initially difficult to get close to; to feel at home in,” she says. However, after spending over a year here, Pratt has adapted to the city’s unique rhythm. “I used to feel like [the size of the city] removed an element of spontaneity, but really it’s kind of just been transferred to a different version of it.”

✪ Home recording was a new endeavor, but one that played a large role in defining the overall sound of the album. “People are more comfortable when they’re alone,” Pratt says. “My music has an inclination to be confessional; I think home recording gives it a kind of personal warmth,”

✪ Though her songwriting process provides a certain element of catharsis—the album’s lyrics often meditate on the cyclical patterns that emerge within personal relationships—Pratt chooses not to be explicit in her lyrics. “It is very therapeutic,” she admits, but “you don’t have to say it’s about any particular person.”

✪ On Your Own Love Again has been welcomed with open arm by critics, a fact for which Pratt is pleasantly surprised and very grateful. “I thought that it would do well within a specific circle of like-minded folks—and I would have been perfectly happy with that—but I’m surprised at how many different kinds of people like it; It’s kind of surreal,” she says. “It doesn’t always happen that way. A lot of people put a lot of work into something and nobody gives a shit, or people misunderstand it. I feel lucky.”

✪ Pratt is especially excited about taking On Your Own Love Again on the road. On tour this year, she will be performing with another guitarist backing her. “I like for the layers of the music to be filled out. It can make you feel more powerful to have other sounds accompanying you,” she states. “You feel like you’re controlling the elements!”

On Your Own Love Again is out today. Pratt performs at Carpenter House in Long Beach on February 27 and at The Echo on February 28.