Two chest-high speakers stand at the front of the room facing several rows of seats. For tonight, these wooden boxes are the performers. Welcome to the listening party.

In Sheep’s Clothing, the now-shuttered vinyl bar in the Arts District, has reemerged for a two-month residency at the NeueHouse in Hollywood. For four nights a week every week until August 21, attendees can catch a different guest host spin an eclectic range of records in a plush, retro listening lounge on the building’s top floor.

You could call it “communal deep listening”, or you could say that listening to music together is a nice way to ease back into things post-pandemic, as Phil Cho of In Sheep’s Clothing told an audience one night. Either way, a room of about 30 people sits in the dimly lit lounge. Incense burns and plants line the walls. Each listening session is about 20 to 40 minutes (or about the length of one album side), during which time there is no going in or out of the room.

For one session, Jesse Sappell from the record label Motion Ward spun side A of Ulla Straus’s Big Room—an ethereal soundscape somewhere between Brian Eno and one of Daft Punk’s more atmospheric outros. When members of Herbie Hancock’s Mwandishi band attended a recent session, Hancock’s jazz-funk hybrid album Sextant was on the turntable. Recently, record producer and engineer Hopeton Overton Brown (aka the Scientist) was guest of honor. Between a soundtrack of his musical influences (“Unchained Melody” by the Righteous Brothers) and songs that he’s mixed/produced (“Collie Weed” by Barrington Levy), Brown spoke to the audience in a quasi-interview led by Mark “Frosty” McNeill of dublab. 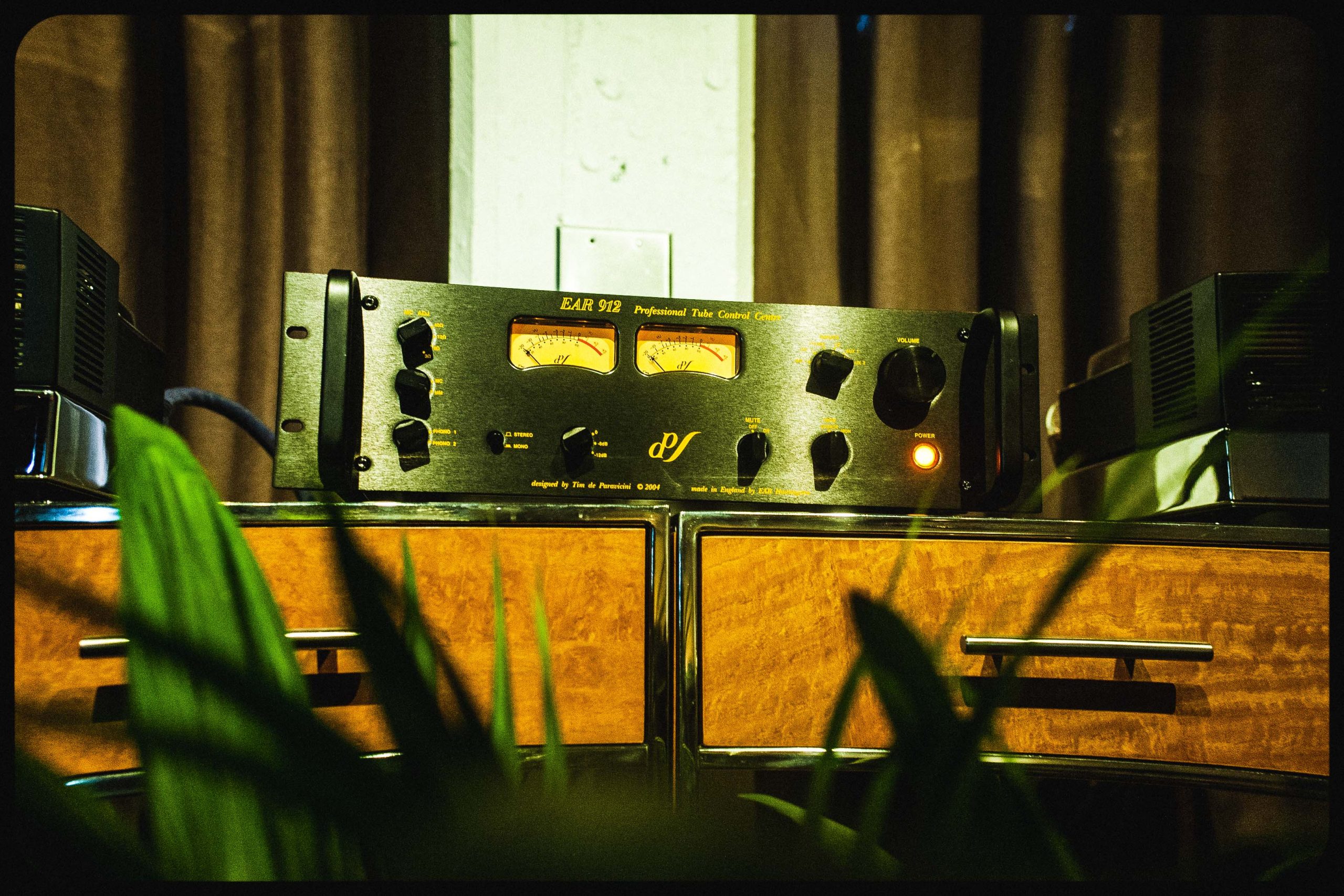 As the various sessions’ music ebbs and flows, some close their eyes to listen, others check their phones, but most stare into the half-distance while the sounds wash over them. When the needle reaches the end, Cho or the DJ normally thanks the audience and says a few words. Some stay for the short break until the next record, others head back out to NeueHouse’s roof.

For those who do choose to head to the roof, a bar awaits where the ISC crew has crafted an eclectic mix of cocktails and small plates. Order pan-seared gyoza and sip an Exquisito Negroni (mezcal, Campari, red vermouth) while a loop of lo-fi B-roll footage plays on the wall behind: the Tokyo subway, a beach at sunset, tadpoles in a pond. But if that’s of no interest to you, surely the stunning views of downtown in the distance and Hollywood’s ever-growing skyline around you is.

Ultimately, In Sheep’s Clothing has recreated at NeueHouse the laidback cool of the original bar, and it couldn’t come at a better moment. Our reintroduction into “normalcy” and nightlife can feel a little overwhelming now, but for these few hours you just have to sit back and enjoy to the music.

To reserve a space for In Sheep’s Clothing x NeueHouse visit their website. Tickets are free and the program runs from 7 p.m.-11 p.m.; NeueHouse Hollywood, 6121 Sunset Boulevard, Hollywood.

Stay on top of the latest in L.A. food, news, and culture. Sign up for our newsletters today.