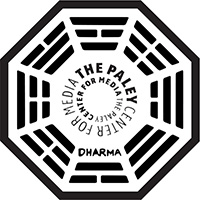 Ten years after its pilot, Lost took us back to the island with a celebration of the ABC series that kept viewers stranded for six mystifying seasons. The fastest selling event in PaleyFest history, yesterday evening’s panel was moderated by comedian Paul Scheer who, after asking the audience to refrain from making reference to “a certain airplane disappearance,” commended Lost for turning us all into televisual explorers and relentless theorists—and for getting us to read books referenced within the show. “Yes, I have a tattered copy of The Third Policeman,” said Scheer about the Flann O’Brien novel that appeared in a season 2 episode, “and I still don’t know how it connects exactly.”

Sporting Dharma Initiative and Oceanic Airlines T-shirts and in several cases attired in Dharma-issue jumpsuits, some audience members came to see their favorite cast member but others were there still seeking answers. Instead, show creators Damon Lindelof and Carlton Cuse and cast members Josh Holloway (Sawyer), Jorge Garcia (Hugo), Yunjin Kim (Sun), Ian Sommerholder (Boone), Maggie Grace (Shannon), Henry Ian Cusick (Desmond), and Malcolm David Kelley (Walt) shared stories about their time on Lost. Although most of the cast looked as if they hadn’t aged, Kelley, who played Walt as a teen, strode out in all his 21-year-old glory, looking delighted to be part of the evening.

Before the panel, PaleyFest took the audience back in time with a screening of part of the episode “Exodus” from the first season. The conversation ranged from what cast members may or may not have taken with them from the set to an “Easter egg” that wasn’t (the Dharma Initiative-like symbol on the plane wreckage in the pilot).

There was much discussion of creating and killing characters. One story: as J.J. Abrams was watching Terry O’Quinn, who played Locke, sitting on the beach listening to his iPod, he told Lindelof, “That guy has a secret. You figure out what it is.” Lindelof likened Nikki and Paulo to Hamlet’s Rosencrantz and Guildenstern, and he admitted that the show’s creators came to dislike these characters before the fans did.

As for the finale, Lindelof and Cuse confirmed that the characters had not been “dead the whole time” and observed that the footage of the plane wreckage on the beach before the final commercial break continues to confuse viewers. Although the actors were kept in the dark about their characters’ journeys, Holloway captured the feelings of his castmates when he described his time on Lost as a “magical, creative experience from start to finish.”

One frustration of the evening was how little fans heard from Henry Ian Cusick, who played the space-and-time wandering Desmond Hume. After being introduced to thunderous applause, he spoke briefly about how much intuition played in his acting since he was told so little about his character. Throughout most of the panel, like his character Desmond when he retreats to a monastery, Cusick seemed to be observing a vow of silence.

During the Q&A, an audience member in a Dharma jumpsuit and Matthew Fox mask (!) demanded that Cuse and Lindelof say once and for all who was the “top dog” on the island. Lindelof countered with the question of who had been entrusted with the island. Garcia smiled and said the revelation of Hugo’s being in charge of the island had brought a tear to his eye. Another audience member wanted to know just who had shot at Sawyer from the outrigger in episode 90. Lindelof said the answer existed on paper but did not divulge the sniper’s name, instead offering a statement that summed up what it was that brought so many people to Lost and to the Dolby Theater on Sunday night: “I have to give you some level of satisfaction without answering the question,” he said, adding a cryptic decree, “Which is the Lost way.”