Home Arts & Events In a New Prequel to ‘The Great Gatsby,’ Nick Carraway Gets His... 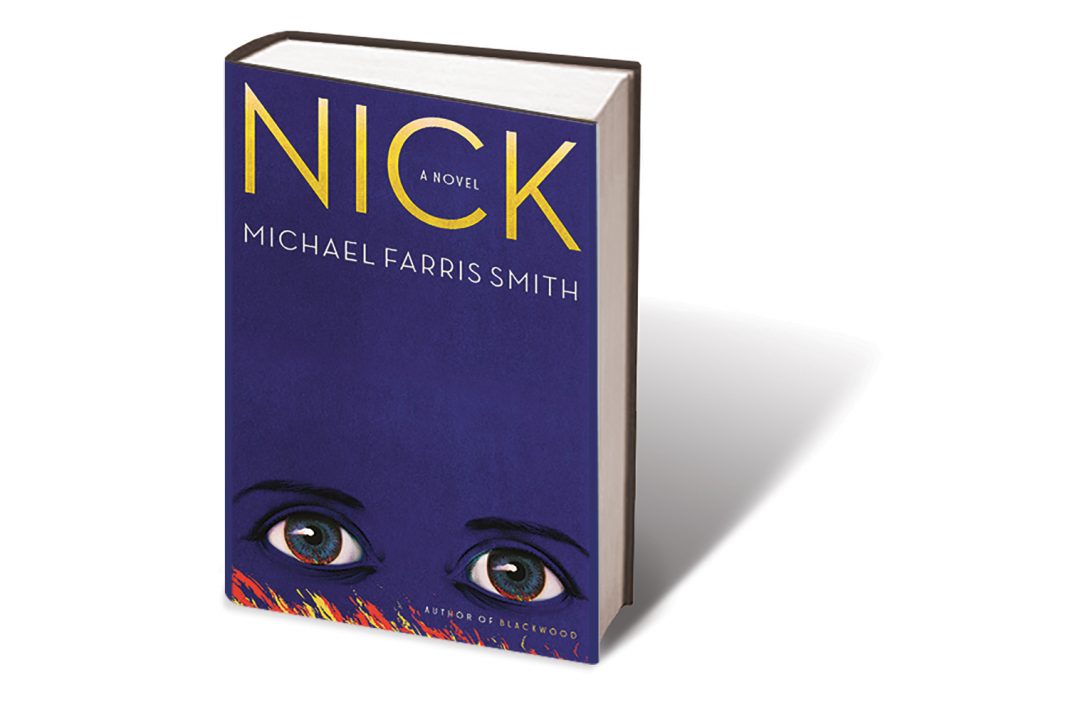 In Michael Farris Smith’s Nick (out Jan. 5, Little, Brown and Company), the much-anticipated prequel to The Great Gatsby, we catch up with the story’s titular figure near the end of World War I. In battle, Nick Carraway is something of a hero and something of a madman, as if in battle there’s ever a difference between the two. In Paris, there’s a woman who proves to be his first love, a fact he’s too emotionally detached from himself to recognize until it’s too late; homeward bound after the war, he’s so alienated from his family and roots that at the last minute he takes a detour to New Orleans, where he gets caught up in the drama of a madam and the blaze that burns her brothel to the ground. Without giving too much of the story away—in part because it describes almost any budding author, with that slight touch of autism that never quite connects with the world except through imagination and writing—Carraway eventually winds up back in New York. He lives in a small cottage next to a spectacular mansion, on one of those slight strings of land mass that house the rich, beautiful, and irresponsibly dreamlike, like that guy he barely sees at the end of that long pier across the water from the blinking green light that beckons America ceaselessly into the past…

In the 95 years since its publication, F. Scott Fitzgerald’s mythic story about the mythic Gatsby has itself become a myth of a novel.

Starting to sound familiar, right? The centennial of The Great Gatsby will be in 2025, and in the 95 years since its publication, F. Scott Fitzgerald’s mythic story about the mythic Gatsby has itself become a myth of a novel, Exhibit A in the mystery of how inspiration, as with a pearl accreting around a single grain of sand, can give rise to a genius that even even the bearer of genius can’t account for. Fitzgerald missed World War I to the everlasting regret of his romantic dreams, spent his own twenties in concert with the 1920s born of money and Prohibition, and was ready to put a wild, exhausted youth behind him to write something lasting. The novel was a commercial failure compared with his own inferior novels that preceded it, and while it was respectfully reviewed, no one suggested it might be the Great American Novel. That only happened over time, when the novel gave secret birth to an American fiction unable to resist Fitzgerald’s thrall. (Check out the terrific 2011 Gatsby “sequel,” Daisy Buchanan’s Daughter by Tom Carson.) Gatsby is a novel of swirls and vapors, reverie and ephemera, where no character is quite clear, and Jay Gatsby—the shady bootlegger redeemed by a deathless love that he’ll destroy himself to reclaim, who has gotten it all except the thing no man can have, which is the past—is most mysterious of all. The least mysterious is the narrator, Carraway, back from the war and back from the Midwest and wanting nothing more than to be Gatsby himself.

That is, until this novel. Smith means to give Carraway his own mystery in what is an audacious and admirable literary endeavor full of wonderful writing. Nonetheless, but for some biographical details and famous fatherly advice, we’re never entirely certain how much of a relationship Smith’s Carraway has with Fitzgerald’s. Where Fitzgerald’s Carraway is ruminative, romantic, and even lyrical—which is to say like Fitzgerald himself—Smith’s is taciturn, noirish, and existential. Because Smith is a smart writer, it may be a conscious joke on his part that his Carraway sounds less like Fitzgerald than like Fitzgerald’s mentee and rival, Ernest Hemingway.

In any case, in Smith’s novel, Carraway is as remote as Gatsby is in Fitzgerald’s; in this literary hall of mirrors, the Nick in Nick needs his own Nick, a narrator to humanize the protagonist’s enigmas. Carraway remains as much a bystander in his story as he is in Gatsby’s, observing and bearing witness, and the most provocative meta implication of Smith’s book, even as it’s barely whispered, is that in the Gatsby universe, there never was a Gatsby at all—that the story of Gatsby is as much an invention of Carraway’s as of Fitzgerald’s. The spell cast by that hypnotic green light at the end of the pier will do that to you. To readers and novelists alike, The Great Gatsby bears us ceaselessly into the future.

RELATED: The Best Books About L.A. That We Picked Up in 2020