Home Film The Most Important Movies of 2014 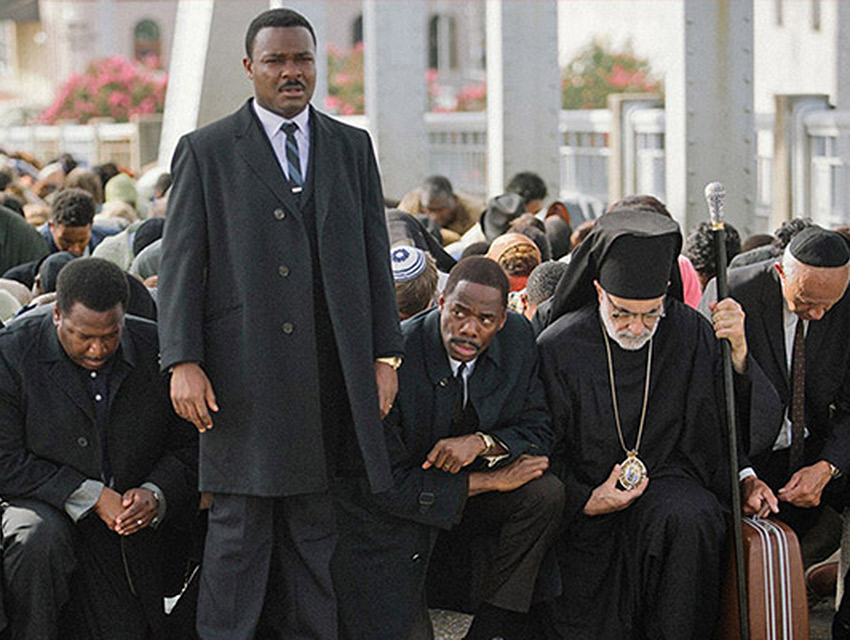 Around this time every year, film critics and media outlets publish their lists of the year’s best movies. There are top tens and fifteens and twenties (or more), and from them you can usually see a general consensus as to which films are the year’s most appreciated. Instead of that, we’re listing the most important films of 2014. “Importance” is a nebulous qualifier, but we think each of these movies will leave a lasting mark on the world of cinema. They won’t be remembered in the same way, and not all of them are even that good, but they’re all worth remembering.

7. Snowpiercer
Snowpiercer has secured a place in the cult movie hall of fame for a variety of reasons. Its relentless weirdness and staunch anti-authoritarianism sets it apart from other sci-fi movies. It’s an international coproduction that successfully brings together American, European, and Asian movie stars. It has earned kudos from the press, with the Boston Online Film Critics Association naming it the best film of the year. But more than anything else, Snowpiercer could be a game-changer because of the Weinstein Company’s distribution strategy. Never before has a film this big seen a simultaneous theatrical and VOD release. Just a few years ago, Universal was planning to do something similar with Tower Heist, but changed its mind after a backlash from theater owners. The Weinstein Co’s gamble with Snowpiercer (albeit after trying unsuccessfully to recut the film for the U.S. audience) resulted in financial success. Imagine what’ll happen if other studios follow suit with their more off-kilter projects.

6. God’s Not Dead
This low-budget indie based on a Christian apologetics book should have died a quiet death. Although critics savaged God’s Not Dead for its heavy-handed moralizing and wonky construction, the film found its audience — to put it mildly. The movie grossed more than $60 million, making it one of 2014’s most surprising hits. It’s not alone. Heaven is For Real and (to a lesser extent) Moms’ Night Out also reaped big returns on small investments by playing to “faith-based” viewers. Targeting a specific audience can pay dividends for filmmakers, a strategy that runs counter to the mindset at most studios, which define success as turning $100 million into $1 billion by appealing to as broad an audience as possible. That model is proving increasingly unsustainable; this was Hollywood’s worst year in a while. The future may not lie specifically in Christian films, but in finding various niches to work with could be an answer.

5. The Overnighters
This documentary, which played the festival circuit and had a quiet theatrical release, is the film on this list that you’re least likely to have heard of. It’s set in a tiny North Dakota town overflowing with migrants seeking work in the wake of an oil boom. Most of these “overnighters” are unable to get in with the oil companies, and are soon desperate for help. Scorned by the community, they take refuge with Lutheran pastor Jay Reinke, who tries to help them however he can. The myriad ways his efforts are thwarted and undermined cast a dark light on our corporate culture.

4. Boyhood
Director Richard Linklater’s “twelve-year project” was long a subject of discussion among film nerds. No one could quite believe that a movie shot in increments over more than a decade, all for the sake of capturing the coming-of-age process in real time, was real. It was. And more than that, the finished film, starring Patricia Arquette and Ethan Hawke, was received with almost unanimous acclaim. Audiences also responded to Boyhood, and it became one of the highest grossing independent films in recent memory. Whether or not you like the movie, you have to give Linklater and his crew props for pulling off such an impressive feat.

3. The Interview
It’s been theorized that North Korean hackers are behind the recent, massive leak of Sony data, which revealed scads of insider information about corporate practices and has caused the studio massive embarrassment. And all supposedly because the studio made The Interview, a comedy in which Seth Rogen and James Franco are recruited to assassinate Kim Jong-un. North Korea officially denied responsibility for the leak, but it has one of the least trustworthy governments on Earth, so we’ll see how things develop. If it turns out that The Interview is the motivation behind this hack, then the film, regardless of quality, will forever be remembered as the reason that Sony’s dirty laundry was aired — and at the command of a totalitarian dictatorship, no less. Even if some other party is responsible, the rumor alone means that The Interview will be irrevocably associated with the leak.

2. Citizenfour
Last year, Edward Snowden revealed that the National Security Agency has been collecting far more information about far more Americans than most of us realized. Though the outrage was potent at first, it soon faded away. One of the best things about movies is that they can rekindle a sense of righteous anger. Snowden made his move while being filmed by Laura Poitras, and that footage came together in Citizenfour. In a clear, concise manner, the documentary lays out Snowden’s actions and the ramifications of the information he’s revealing. The play-by-play account of the fallout once journalist Glenn Greenwald publishes his first articles about Snowden feels more like a spy thriller than a documentary. This is (hopefully) an important moment in history, captured as it happened. That’s a distinction few other films share.

1. Selma
Selma couldn’t have come at a better time, as people around the country take to the streets to protest the killings of African Americans by police officers. Though the film is set in the 1960s, the echoes of Civil Rights era events still resonate in Ferguson and New York and Cleveland and more. Selma is of the moment, not just for the history it recreates but, tragically enough, because of the moment in which it’s being released. The thematic potency is both a reminder and a rallying cry that the fight for social justice is far from over.