Home Fashion If You Missed Kanye’s Pop-Up Shop, Prepare for a Life of Hopeless... 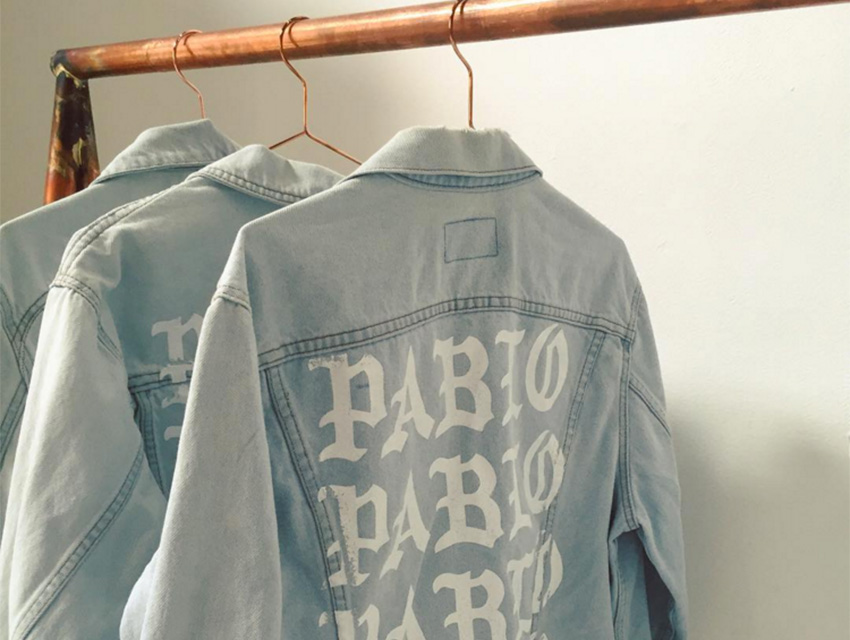 UPDATE 8/18: Kanye’s popup is BACK this weekend, and it’s grown since you last saw it—there are now 21 locations across the globe open noon to 8 p.m. Friday through Sunday. We’ve got our own at 346 N. Fairfax with unique L.A.-themed Pablo designs. If you missed the last iteration, this is your one shot at redemption. Don’t be irrelevant. Buy Kanye’s things.

While you were at Target trying to find the right brand of hypoallergenic laundry detergent this weekend, a bunch of badass millennials were waiting in a half mile-long line to drop $45 on pastel-hued Kanye West dad hats—which, in case you missed it, are so in they’re almost out. But of course you wouldn’t know that, you fedora-wearing fool.

In March, the rapper/designer delighted New York’s streetwear-savvy SoHo kids with a similar pop up selling merch for his latest work of musical genius, The Life of Pablo. Then on Friday of last week, at 7:15 p.m. this happened:

For those of you who might not know otherwise (i.e., are still wearing Aviators) that’s the signal to grab a folding chair and couple Red Bulls and book it to the front of the line. Like this guy, who staked out a spot less than two hours later:

By morning the queue stretched around the block, as shoppers gradually filed into the “No More Parties in L.A.”-themed, minimalist space. Needless to say, the sleepless night was more than worth it, in part for the insane resale value of a $400 Pablo vintage jean jacket, but mostly for the glory of owning and wearing a $400 Pablo vintage jean jacket yourself. But you wouldn’t know what that’s like, now, would you?