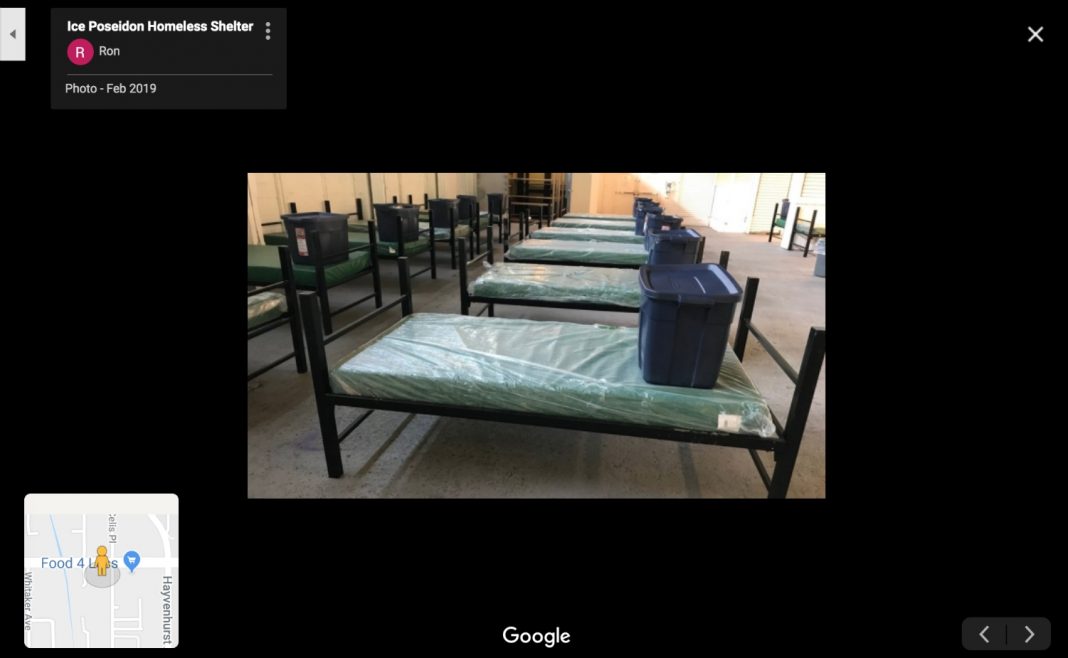 A luxury mansion in Tarzana has repeatedly been mistaken for a homeless shelter due to a prank orchestrated by an army of internet trolls, the Los Angeles Daily News reports. Tagged as the “Ice Poseidon Homeless Shelter” on Google Maps, the $25,000-a-month home is actually the former residence of Paul Denino, a 24-year-old Youtube streaming sensation whose fans revel in playing elaborate pranks on him so they can watch him react in real time.

Denino—who goes by “Ice Poseidon” online and makes an estimated $60,000 a month livestreaming his life for two to six hours per day—moved into the mansion in February of last year to start an investor-backed “streamer house.” Soon after, his so called “Purple Army” of fans created the shelter geotag as a way to riff on his somewhat uncomfortable history of interacting with homeless individuals in his videos. The trolls uploaded photos showing bedding and dining facilities and wrote dozens of fake five-star reviews that claimed the so-called “shelter” had amenities like a pool, hot tub, and a professional chef.

It wasn’t long before homeless individuals began showing up to inquire about staying there, sometimes traveling for hours by bus to reach the suburban San Fernando Valley locale. Upon being turned away, some even pitched tents in the yard, upsetting neighbors. Homeless advocates were not amused. “It’s crazy stuff,” local homeless advocate Paul Read told the Daily News. “It upsets me that our homeless friends are being misled that something is going on when it’s not. It’s the difference between sleeping on cold concrete or getting a bed, a shower and a hot meal… I find it really disturbing.”

Denino moved away from L.A. in late March after the streamer house concept failed, but according to an anonymous interview conducted with the mansion’s new renters by the Daily News, the Google location has continued to cause confusion for homeless individuals. The owner of the mansion and Denino have both claimed that they’re working to get the Google location permanently removed, but for now it remains active.

RELATED: Fortnite’s Most Famous Player is Taking His Own Team to Court

The Misery of Being a Parent Chaperone at a YouTuber Convention

James Charles Canceled His Tour. But Here’s What It Would Have Been Like