Home Music The Hype of Hozier: Why He Deserves the Fanfare 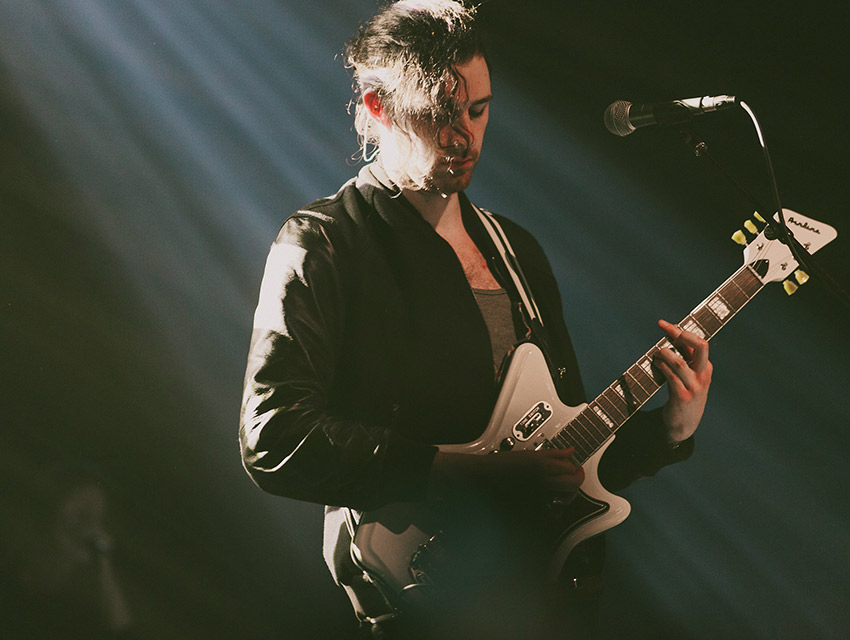 A little over a year ago, Andrew Hozier-Byrne—Hozier to you—was playing to an at-capacity crowd of 100 at the Troubadour Cafe in Earls Court in London. Yesterday, the Irish-born singer-songwriter performed his gospel-inspired hit “Take Me to Church” (which, having been streamed over 87 million times, was Spotify’s most successful track of 2014) at the Grammys for a slightly larger audience. But before taking the stage at Staples Center with Eurythmics powerhouse Annie Lennox, the 24-year-old Song of the Year nominee played a far more intimate show at The Fonda Theater on Friday.

Feeling excitement over Hozier’s work is unavoidable. He is a mainstream artist who has managed to keep his creative integrity in tact; yes, he can be heard on KIIS FM and AMP Radio, but it’s hard to ignore the way a song like “Take Me to Church” clashes with the over-moussed tracks that often bookend it. At his core Hozier is a storyteller, which is surely the byproduct of his musical influences (blues, gospel, Motown) but also of his literary heroes (he’s said that James Joyce’s A Portrait of the Artist as a Young Man has had an impact on his songwriting). The resulting musical narratives are hypnotizing and compelling, and his songs swirl with the themes of love, death, sex, and God. (If you’ve not seen the video for “Take Me to Church,” you might be surprised to find that the song was intended to be commentary on human rights and homophobia.) Lucky for him, it seems the almost poetic tack he has taken in his career is working in his favor: Hozier kicked off his performance at the Fonda with “Angel of Small Death and the Codeine Scene,” and just like that, the crowd—A young girl and her father, who was making “rock on” hand signs; a gaggle of drunk, middle-aged women swaying out of time to the beat; Kelly Osbourne; the greater plaid-wearing population of Los Angeles—went into raptures.

In terms of theatrics, the show was low-maintenance. Steampunk-esque light bulbs adorned the mic stands, and a massive banner reading “Hozier” flanked the stage’s back wall. A well-curated lighting scheme created ample dramatics. Hozier was accompanied by an impressive and equally talented band, which brought each song on his debut album to pulsing life in a way the recordings cannot. He hid behind his luscious, curly mop and a parade of guitars for most of the show, only looking up to take a sip of hot tea or to explain the story behind a song (before launching into the sleepy yet haunting “In a Week” with cellist and singer Alana Henderson, he shared that it was inspired by Ireland’s Wicklow Hills, which “you only hear about before or after the phrase, ‘A body was found in…’”).

The Irishman is charmingly beguiled by his sudden notoriety—when he returned to the stage for an encore set, the crowd erupted in the type of cheering that can’t easily be shushed. Despite his best efforts they only clapped more loudly; eventually he backed away from the mic, placed one hand over his heart, and nodded over and over in stunned gratitude. He finished the evening out with the gospely and stirring tune “Work Song,” at which point it was abundantly clear: Hozier’s hype is well-deserved.

This is What Weekend One of Coachella 2015 Looked Like