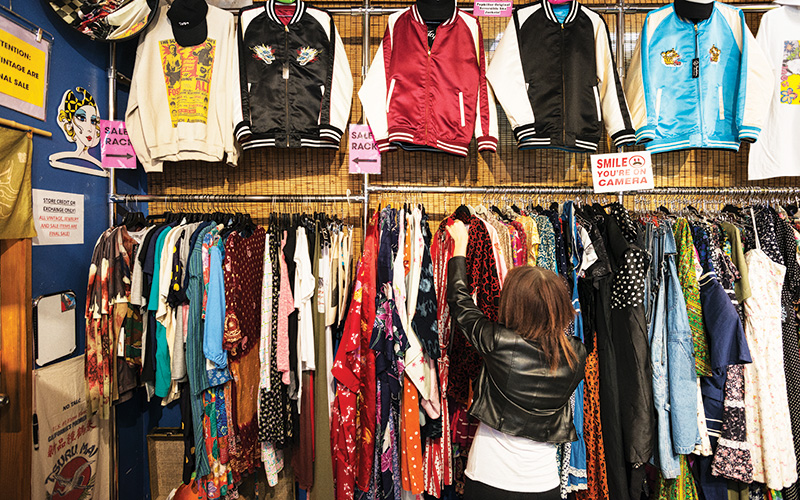 One is on the westside, the other is downtown, but both have their own spin on Japanese culture.

Like the ramen noodles, the line may be long, but stick it out. The Tokyo-based company’s first Sawtelle Japantown outpost (there’s a ramen annex across the street and a sushi joint down the block) is known for its thick tsukemen (dipping broth) and tonkotsu (pork bone broth). » 2057 Sawtelle Blvd.

RELATED: 8 Ways to Immerse Yourself in Chinese Culture in the San Gabriel Valley

Eric Nakamura opened the Giant Robot store (2015 Sawtelle Blvd.) in 2001 as an ode to Asian American pop culture, elevating plushy Uglydolls and rare manga comics to art forms. His business has grown to include the Sawtelle gallery GR2 (2062 Sawtelle Blvd.), which features Japanese artists like Mari Inukai and Yoskay Yamamoto.

Karaoke boxes— private singing rooms—abound at this spot in Sawtelle Place. Boxes are available for two to 25 people, each with songbooks of Top 40 hits and obscure crowd-pleasers, but if you’re thinking about belting it out on a weekend, make a reservation. » 2130 Sawtelle Blvd.

Jisook Lee’s boutique is a hipster catchall that’s been described as the “Asian Urban Outfitters.” The store stocks Japanese apparel from Nooy in addition to such local street wear brands as Diamond Supply Co. Update your closet, or pick up distinctive gifts like Kidrobot art toys. » 2023 Sawtelle Blvd.

JANM is the first and largest museum in the United States dedicated to Japanese culture. Exhibitions have chronicled subjects ranging from the socioeconomic impact of Hello Kitty to the Manzanar internment camp photographed by Ansel Adams. » 100 N. Central Ave.

The 880-seat venue is home to a hand-woven silk doncho (curtain) made in Kyoto, one of three in the States. The programming is adventurous: Earlier this year the Japanese conductor Yuga Cohler led Yeethoven, a Kanye West/Beethoven mash-up, before a sold-out crowd. » 244 S. San Pedro St.

For Artist Mark Nagata, Toys Became a Connection to His Japanese Heritage