Home Outdoors Gardens and Green Spaces How to Enjoy the L.A. River Before Its $1.2 Billion Revamp 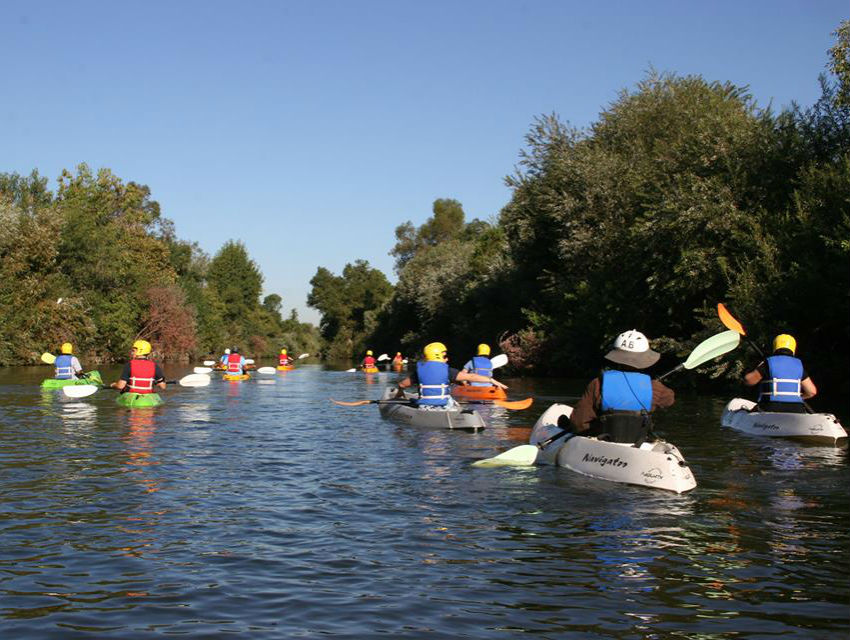 On a warm evening last June, more than 60 people gathered atop a bridge spanning the L.A. River. Some were attired in funeral garb, and some had flowers in their hands. People had written messages in chalk on the asphalt roadway and on the cement sidewalks. They were there bearing witness, attending a wake organized for the bridge. As the sun began to set, someone brought out a bottle of wine and cups. People toasted to the bridge as the sun slipped below the horizon.

Today that bridge, the Riverside-Figueroa bridge (which happens to be cultural monument #908), no longer exists. The asphalt and cement were reduced to rubble, most of which was trucked away. Only a few chunks were secreted away by L.A. history buffs.

Change along the 51 miles of the L.A. River is inevitable. There is a transformation underway that poets, activists, non-profits, and city officials have been working towards for years.

Which makes now the time to explore the river to see things that may not be there tomorrow.

The iconic Sixth Street Viaduct in DTLA is a prime example. The bridge has concrete cancer and must be replaced. Visiting this bridge on a typical afternoon you run into all sorts of people. There are tourists snapping photos of the bridge with our famous L.A. skyline in the background, pedestrians crossing the river from Boyle Heights into downtown, and car enthusiasts posing their machines under the graceful steel arches.

If you sneak a peek below, you will likely see tricked out cars in the concrete riverbed. Once the backdrop of the famous Grease race, this spot is now a notorious underground meet up spot for car clubs. But you won’t be able to see any of this for long. Any day now the bridge will be closed for demolition to make way for architect Michael Maltzan’s new bridge, “The Ribbon of Light.”

Another place to explore before it’s too late is the bowtie parcel. This California State Parks owned, bowtie-shaped sliver of land in Glassell Park is nestled between the railroad tracks and the river. Last year the raw space opened to the public for the first time. There is no park there per se–it’s a post-industrial space with asphalt roads, fig trees, and architectural remnants from a rail yard that used to be there. The space affords a rare unimpeded view of the river, and a lot of art. That’s because local non-profit Clockshop has helped activate the space through site-specific installations and programming over the last year. There is Michael Parker’s The Unfinished, Raffa Esparza’s Con/Safos, and dynamic programming including the popular L.A. River Campouts. Thousands of people have visited the site over the last year, but at some point in the next five years the bowtie will change. California State Parks will implement their plans to build a park here using their existing master plan for the site. The art works might disappear, but according to Sean Woods, a California State Parks Superintendent, the campouts will likely continue.

Further down the river, close to where it meets the Pacific Ocean, lies a haven for birds. Between Del Amo and Willow streets in Long Beach the river provides the perfect conditions for overwintering and migratory shorebirds; the water level is shallow enough for the birds to navigate and slow enough for the aquatic insects and algae that feed them to grow. It is not uncommon during fall migrations for people to visit the site and see over 15,000 birds!

According to Natural History Museum’s Ornithology Collections Manager Kimball Garrett, “this is the only remaining coastal shorebird habitat in Los Angeles—a crucial place for local and migrating birds.” As it stands now, the level of water in this section of the river is perfect, and it has been for the last decade or so. He says the fear is that even small changes in the water level or re-engineering of this section of the river could alter the habitat enough for the birds to be left high and dry.

There are plenty of family friendly activities on the L.A. River, too. Tickets for the Los Angeles Conservation Corps’ new program “Paddle the LA River,” which offers guided kayak tours, just went on sale yesterday. In Marsh Park, kid friendly nature walks focus on teaching children about flora and fauna native to L.A. Balboa Lake offers great fishing throughout the summer months, and the many “pocket parks” along the river make for excellent picnic spots.

Last year a billion-dollar plan was approved by the Feds to environmentally restore an 11-mile stretch of the river between Griffith Park and downtown. This plan aims to turn this part of the river into a space for wildlife to survive and thrive. Some concrete will be removed, more California native plants will be planted, and non-native introduced species will be removed. More change. Maybe your favorite concrete picnic spot in the river will be removed. Maybe it will be created. Regardless, some beloved spaces will be lost to L.A. forever. Take the time to visit them while you can.

Lila Higgins is part of the artist collective Project 51: Play the LA River, which organizes events that are focussed on turning the L.A. River into a new civic space.