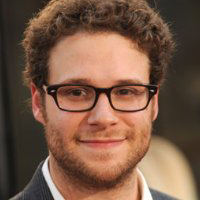 We caught up with actor-writer-producer Seth Rogen about his next big role: host of the Film Independent Spirit Awards

You’re hosting this year’s Film Independent Spirit Awards. How are you preparing?
I’m trying to watch all the movies. That’s really what I have to do at this point. I have to watch as many of the movies that are nominated as possible.

Sounds like you haven’t gotten too far yet. How many films do you have left to watch?
Quite a few! I have a few weeks. The [Film Independent] people gave me like a twenty-pound shoebox full of movies that were nominated. There must be eight days back-to-back worth of movies in there.

They are trying to make a fan out of you.
Absolutely.

The Independent Spirit Awards is the award show where something crazy always happens—Mickey Rourke breaking down over his deceased dog, Ally Sheedy refusing to leave the stage. What’s your hosting strategy? And what are you expecting?
I’m going to try to be funny and to give my take on some of the films. The truth is, I don’t do a lot of independent movies and I don’t see a lot of independent movies, so just watching them in preparation is my goal. Judd [Apatow] said to be honest. Tell people what you liked about the movies and what you don’t like about the movies. He suggested that, which is kind of what I was planning on doing, and it’s a good idea.

Is any kind of joke off limits to you as host?
Not really. I feel like Ricky Gervais has cornered the market on being really mean, so I’ll probably not do that. It would just seem derivative. No one should be scared. I’ll be nice.

How will you celebrate once it’s over?
I don’t know! The Oscars are the same weekend so maybe I’ll go get drunk at an Oscars party, too. That would be fun.

The 27th annual awards ceremony will take place on February 25 and be broadcast by IFC.