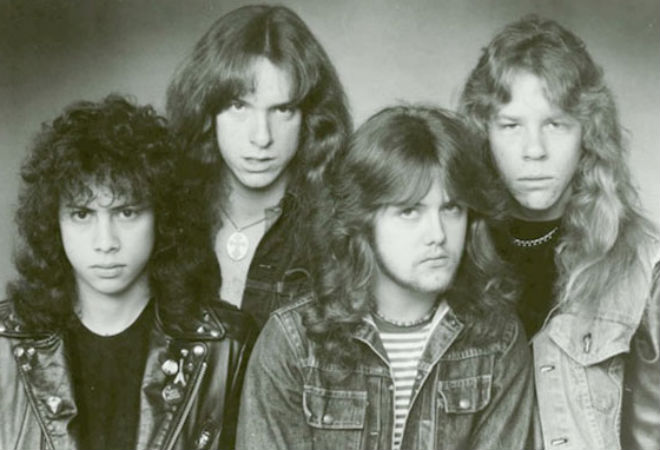 Metallica almost didn’t exist. When Hetfield, a reclusive metalhead from Downey, met Ulrich, a cosmopolitan Danish transplant to Newport Beach, there was little indication they would hit it off, let alone write classic albums Kill ‘Em All, Ride The Lightning, Master of Puppets, and The Black Album. It was 1981. Ulrich had placed a want ad looking for people who wanted to jam. Held in a rental studio in Fullerton, his first session with Hetfield proved disastrous. Despite claiming in his ad that he was a drummer, Ulrich couldn’t keep a beat. Ulrich eventually mastered the skins, his ferocious commitment indicative of how the band would handle its business.

The story of Metallica is a story of perseverance. Bassist Cliff Burton’s death in a 1986 tour bus crash in Sweden devastated the band’s surviving members, but Metallica moved on and record 1991’s The Black Album, their best known if not their catchiest contribution to the metal genre. Endurance and ruthless ambition are two sides of the same coin, as Brannigan and Winwood point out: “Metallica’s first responsibility has always been to please themselves, it is just that in doing so they have managed to delight millions of people.” Here are five peculiar facts we learned about the hard rock titans from Birth School Metallica Death.

❶ James Hetfield’s early life was marked by tragedy and shaped by the religious fervor of his Christian Scientist parents. When his mother developed cancer in her late forties, her religious beliefs prevented her from seeking treatment, and the introverted teenager watched her wither away and die.

❷ One of Hetfield’s early attempts at rock ‘n roll stardom was his high school band, Leather Charm. He was heavily influenced by glam rock, which at the time reigned supreme in Hollywood. With song titles like “Hades Ladies,” “Handsome Ransom,” and “Let’s Go Rock ‘n’ Roll,” Leather Charm could have gone perm to perm with the best of them on the Sunset Strip.

❸ Lars Ulrich is the son of Torben Ulrich, a famous tennis player and jazz saxophonist in his native Denmark. A true renaissance man, Ulrich the elder divided his time between the tennis circuit, his music, and his work as a cultural critic at a large Copenhagen newspaper before relocating to the United States in 1980 to focus on his tennis career.

❹ The conservative atmosphere of Orange County in the early ’80s stood in stark contrast to the bohemian life Ulrich had enjoyed as a teenager in liberal Copenhagen. Within his first few weeks in California, he was arrested for violating open container laws (which do not exist in Denmark) while partying on the beach.

❺ Metallica’s first release was the song “Hit The Lights,” which is featured on the 1982 compilation album Metal Massacre. After weeks of relentless hounding by Ulrich, who in 1981 had only just started jamming with Hetfield, Brian Slagel, founder and CEO of the Agoura Hills-based Metal Blade Records, reluctantly agreed to include a Metallica track on the compilation. Hetfield and Ulrich had to scramble to record the song in order to meet the deadline. The only problem? On the cover, their name was misspelled as “Mettallica.”