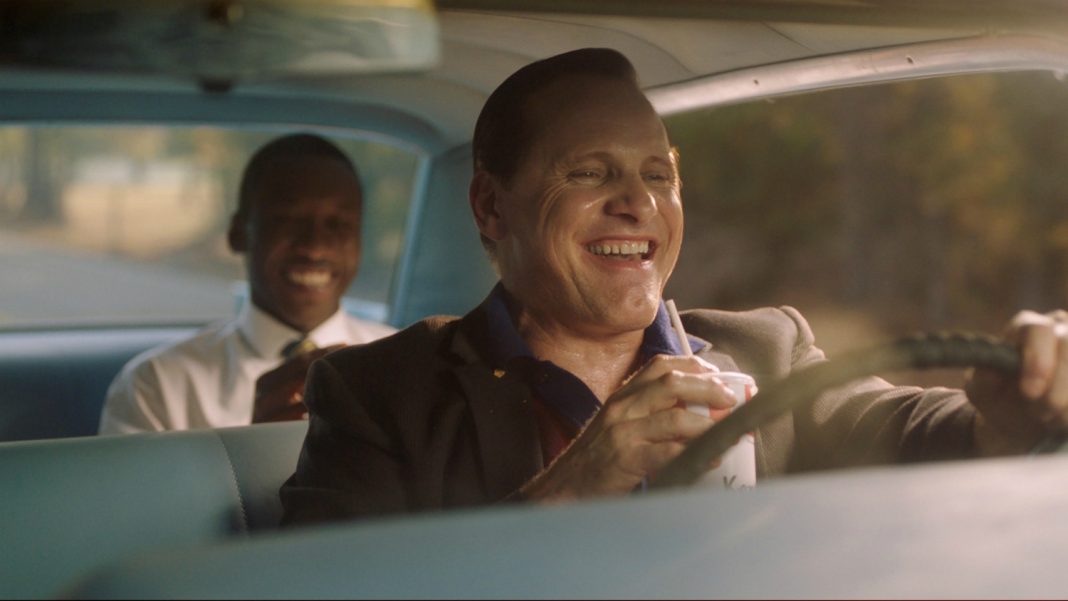 When Green Book was announced as the winner of Best Picture at the 91st Annual Academy Awards, there was both enthusiastic applause and gasps of displeasure inside the Dolby Theater, befitting a divisive Oscar race that reflected the divisions within American society.

Green Book had been seen as an early front runner after it won the People’s Choice Award at Toronto Film Festival last September, and went on to rack up wins at film festivals and, more recently, at the Golden Globes, the American Film Institute Awards, the Producers Guild Awards, and elsewhere.

Its earlier successes and Oscar win didn’t surprise film critic Leonard Maltin. “It was not a shock to me because I’ve been hearing from people in town, some of them Academy members, who loved the movie,” he says. “It’s the very definition of a feel-good movie and that’s why they voted for it.”

“I think you can’t discount the fact that people still want to be entertained,” Maltin adds, “and if you can integrate a positive message while you’re entertaining people, you’re on the right track.”

However, as it grew into a leading Best Picture contender late last year, the Peter Farrelly-helmed film began to take flack, which for a time seemed to hurt its chances. A spate of negative publicity mushroomed around Green Book that some attributed to whisper campaigns designed to turn voters against the movie.

“It’s the very definition of a feel-good movie and that’s why they voted for it.” —Leonard Maltin

Tony Angellotti, whose firm handled the awards campaign for Universal, Amblin Partners, and Participant Media, believes Green Book was successful because they didn’t directly react to that. “We kept saying we have to take the high road,” Angellotti says. “We let the film do the talking for us.”

In an opinion piece published Monday, L.A. Times critic Justin Chang savaged the Best Picture winner, calling it “dishonest and dispiritingly retrograde, a shopworn ideal of racial reconciliation propped up by a story that unfolds almost entirely from a white protagonist’s incurious perspective.”

Producer Bill Mechanic (Hacksaw Ridge), a former AMPAS president, acknowledged that people have strong opinions about the movie but says that no one view is completely correct. “The fact that there’s a pushback against tolerance and community and positivism is to me crazy,” Mechanic says. “It’s not the one man saves the world narrative at all. So I don’t think there’s any intent other than to tell a story about racial healing, advancement, and tolerance.”

Mechanic says Green Book may have been helped by the fact that there’s historically been reticence to give Best Picture honors to big, highly profitable action movies like Black Panther. “The Dark Knight didn’t even get nominated,” he notes, referring to Christopher Nolan’s critically acclaimed 2008 Batman movie.

He also says some voters may have reacted to a threat to the survival of traditional studios with the entry of Netflix into the Oscar race with an aggressive campaign for Roma. “There are definitely people, me included, that think the Academy Awards are meant for theatrical features,” Mechanic says. “If you’re primarily streaming, you’re on television and you’re an Emmy candidate, not an Oscar candidate.”

Another executive says it isn’t whether the film was on a streaming service, but how that service distributed it. He cites Amazon’s Manchester By The Sea, which was in theaters for about three months and reported box office grosses regularly (which Netflix did not), before it streamed on Amazon Prime. It didn’t generate the same anger.

Netflix released Roma on its streaming service after spending roughly three weeks in a limited number of theaters. The streaming service then simultaneously continued rolling the film out worldwide. A spokesperson for Netflix declined to comment.

Cheryl Boone Issacs, who served as president of AMPAS during the years many of the changes were instituted to make the membership more diverse (2013-2017), believes this year’s nominees and show reflected positive changes.

She says that there are always passionate debate because many of the voters are creative people with strong opinions, which is what makes them successful.

“My feeling about what is Best Picture is not somebody else’s,” explains Issacs, a top studio marketer who now runs her own company, CBI Enterprises. “In the end,” she adds, “the picture that gets the most votes wins. This year it was Green Book. It’s not that the Academy is saying this is the Best Picture as a group. Our members voted for what they believe to be their favorite movie of the year. And the movie that gets the most votes is the one that gets an Oscar.”