Home Uncategorized Hosts With the Most: Great Moments in Recent Emmys History 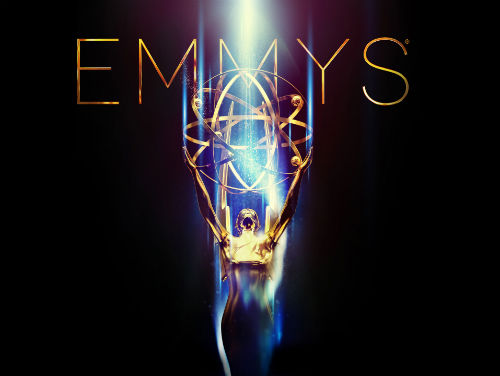 The Emmys are all about celebrating television and its stars, but the key to any awards show is the human being who’s front and center for most of it. Hosts have to effortlessly interface with presenters and performers, charm viewers at home, and mop up the damage after wardrobe malfunctions and acceptance speech weepers.

This year the task falls to former Saturday Night Live head writer Seth Meyers, who will steer the show through an evening of laughs—and tears (get the Kleenex ready for the Robin Williams tribute). It’s a harsh spotlight. Spend months perfecting a joke—or an entire evening of them—and it can fall flat in a matter of seconds. A moment of silence for Seth MacFarlane’s horrific turn hosting the 2013 Oscars.

Still, when hosts are in the zone (exhibit A: Tina Fey and Amy Poehler at the Golden Globes), it brings the necessary edge to a night of Hollywood patting its well groomed back. We dipped into the vaults to find some of the funniest hosting moments from the last decade.

Ryan Seacrest (2007)
Ryan Seacrest is usually waiting on the other side of the door for reactions from American Idol contestants, but when he hosted the Emmys in 2007 he surprised everyone by revealing a sharp sense of humor behind that bright, carefully maintained smile. We’re big fans of his self-deprecating bit about being the only guy available to host the show that year.

Jane Lynch (2011)
The Glee star decided to reveal the truth behind how TV is made by “singing it in song.” The somewhat unglamorous behind-the-scenes look featured cameos from Jeremy Piven, Kevin Nealon, and the cast of The Big Bang Theory. Our favorite moment: Parks and Recreation’s Ron Swanson (played by Nick Offerman) reluctantly doing the box step.

Neil Patrick Harris (2013)
“I’m more than just a song and dance man,” said How I Met Your Mother actor Neil Patrick Harris before launching into the most epic musical number ever performed by an Emmys host. Featuring a double somersault down a flight of stairs, Harris’s tribute to the “Middle of the Show Song” is a disco tour de force that ends with a hilarious and well-timed banter verse in which Harris is accompanied by comedian Sarah Silverman and his Dr. Horrible costar Nathan Fillion.

Conan O’Brien (2006)
His second time hosting the Emmys, Conan O’Brien opened with an homage that mashed up Lost (remember the incomprehensible show with the incredibly unfulfilling ending?), The Office (Dwight blames Jim for Conan crashing through the ceiling), and 24 (which returned in May after a four-year break). Watching O’Brien tell Jack Bauer (played by Kiefer Sutherland) to make him a reservation at an Italian restaurant floored us.

Jimmy Fallon’s musical tribute to “the shows we lost this year” is one of the funniest Emmy moments of any era. Appearing as Elton John, Boyz II Men, and Green Day in less than four minutes he laments the loss of 24, pours out a forty for Law & Order, and gives Lost a “21 Guns” salute. It’s pure genius. So what if he always cracked up mid-joke on SNL? We’ve got a lot of love for Fallon, who’s killing it as host of The Tonight Show.