Forget the haunted hayrides. Instead, hit the road and check out these local homes that starred in classic scary movies. Just remember to keep your distance and not frighten current residents.

The late-nineteeth-century home, once located on Meridian Avenue, was being used by a nearby nursing home for storing medical supplies when the filmmakers stumbled upon it. A South Pasadena city council member later bought the house and moved it to its current site where it has become one of the most visited movie houses in Los Angeles. 1000 Mission St., South Pasadena.

In the mid-’70s, a divorced single mother claimed to have been raped and her children violently attacked by a group of unrelenting entities in their Culver City home. The bizarre paranormal story became the basis of the 1978 best-seller The Entity, which spawned a film adaptation shot on a hilly street in El Segundo. 523 Sheldon St., El Segundo.

This unique home was chosen in part because the various rooflines suggested the house had a life of its own. 4267 Roxbury St., Simi Valley. 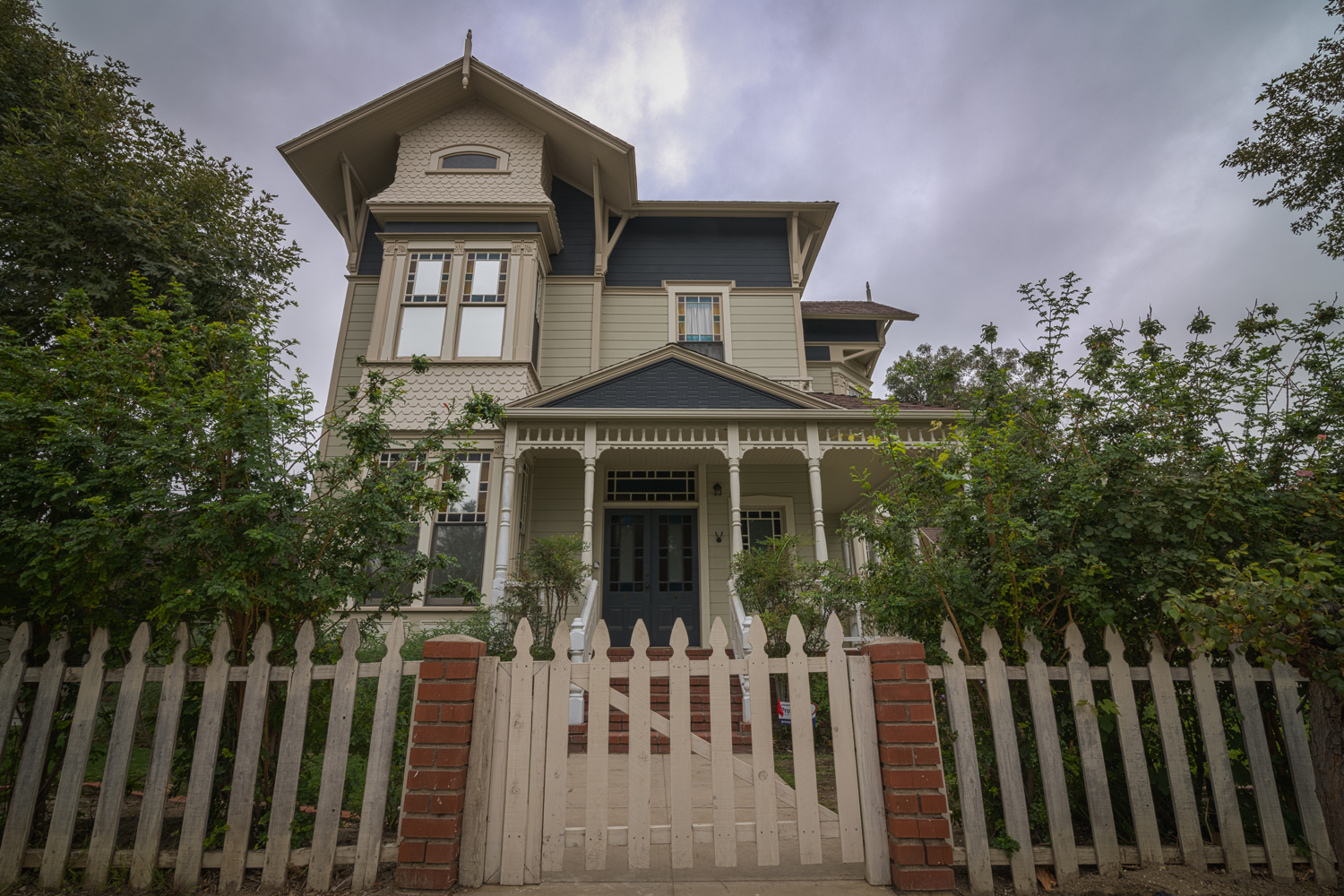 This gorgeous Queen Anne Victorian was the exterior location for Joe Dante’s vibrant, Looney Tunes-inspired segment about a little boy with dastardly, supernatural wishing powers. According to the Los Angeles Office of Historic Resources, the house was originally constructed in Pacoima in 1887 and moved to its current location in the 1970s. 17410 Mayerling St., Granada Hills.

The street this home sits on resembles a middle-class suburban neighborhood in the Midwest, making it an ideal location for Wes Craven’s genre-altering hit. The fact that the film’s production offices were located a stone’s throw away on Sunset Boulevard was also a plus. 1428 N. Genesee Ave., Hollywood.

The historic Milton S. Monroe house in the foothills of Monrovia serves as the main location in the horror-comedy mash-up about a recently divorced, best-selling novelist who inherits his aunt’s imposing (and haunted) mansion. Also known as Mills View, the well-preserved Victorian was built in 1887, the same year that Monrovia was incorporated. 329 Melrose Ave., Monrovia.

The Robeson Funeral Home, The People Under the Stairs (1991) 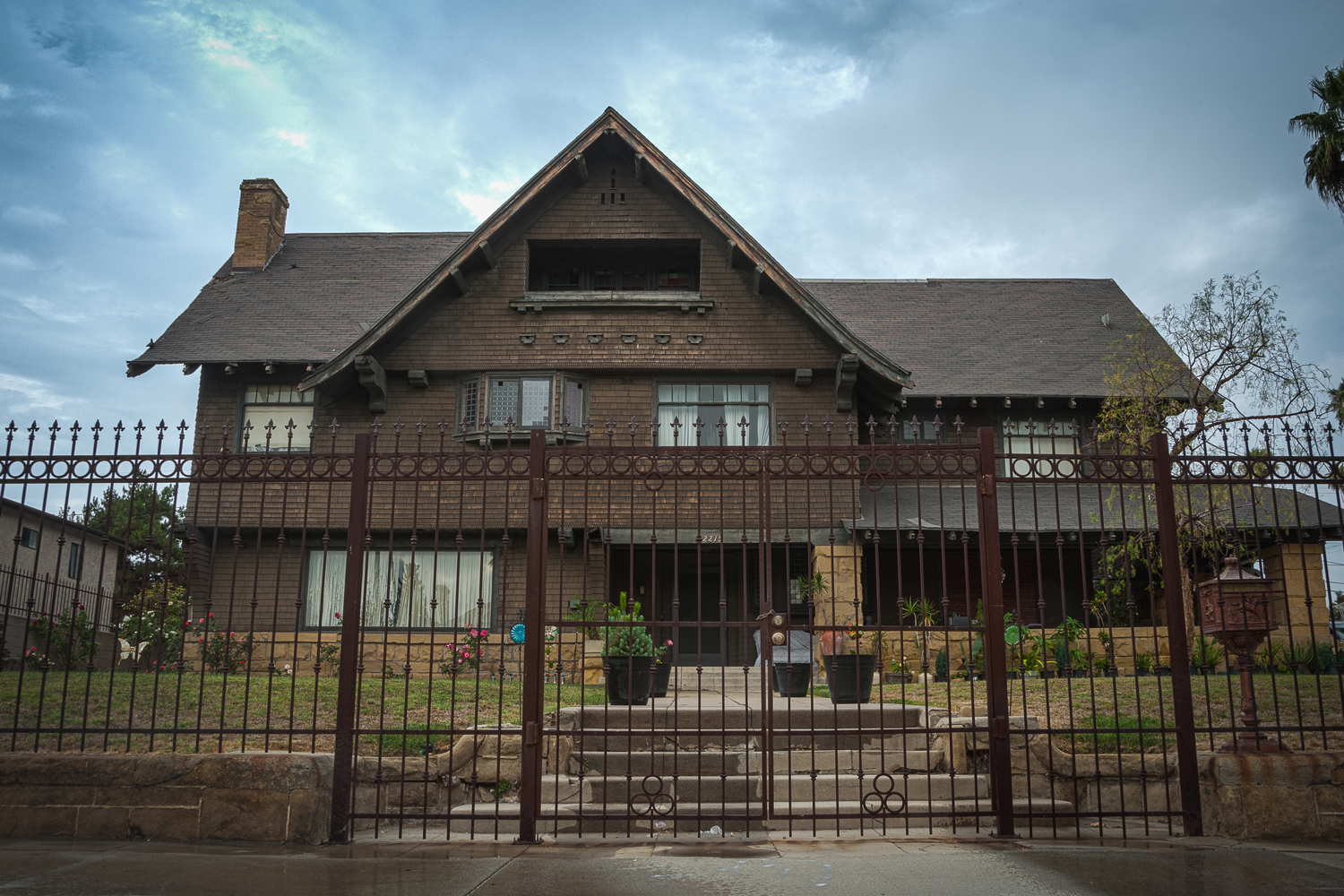 The main setting of this Wes Craven fan favorite is a house with so many sinister secrets that it became the focal point of the film’s poster and the cover art for various home video releases. The 1905 Thomas W. Phillips residence was named a Los Angeles Historic-
Cultural Monument two weeks after the film was released. 2215 S. Harvard Blvd., Adams-Normandie.

This 1908 craftsman perched atop Everett Park recently sold for just over $1.3 million. While it appeared in cop films like Blue Streak and, most famously, Training Day, it was later the home of a wholesome banking associate who finds herself on the receiving end of a demonic curse in Sam Raimi’s scare fest. 1031 Everett St., Echo Park.

Leigh Whannell and James Wan’s successful franchise kicks off with a young couple and their three kids moving into this cavernous 1909 home. Then the eldest son falls into an inexplicable coma, setting off a series of bone-chilling paranormal occurrences throughout the house. 4350 Victoria Park Dr., Victoria Park.