Home Fashion Hoorsenbuhs Is the Most L.A. Jewelry Company You’ve Never Heard Of 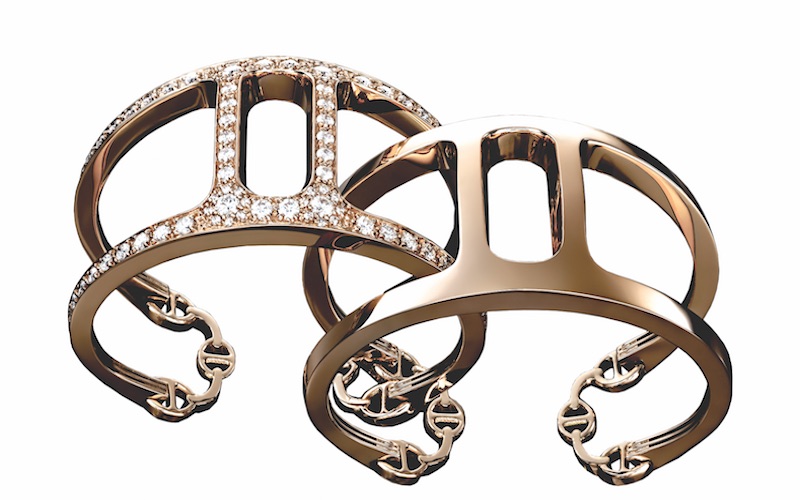 Photographer-turned-jewelery-designer Robert Keith was a child when he discovered a black-and-white photo in a trunk filled with his great-grandfather’s possessions. It was of a Dutch merchant ship, built in the 16th century, that Keith’s ancestors had operated, trading precious metals and gems. Printed on both the port and starboard sides in large white letters was the name—HOORSENBUHS.

The enormity of the hull and anchor chain made an indelible impression on Keith. “I was immediately struck by the image, as it conjured up all the lore of the grand voyage,” he says. “There’s something mystical about the search for precious and beautiful things and the exploration of other worlds.”

When he decided in his thirties to create a line of unisex jewelry, he looked to his family’s seafaring roots. Keith’s first designs alluded to that anchor chain. He also found inspiration in the thick and heavy jewelry of the 1970s (like the chains worn by Kojak actor Telly Savalas).

Keith launched the company, which he named after his forbears’ vessel, in 2005, carrying the weighty aesthetic through even the most delicate of his necklaces, cuffs, rings, and earrings. But the most direct reference to the Hoorsenbuhs is the tri-link pattern that he incorporates into many of his pieces, which are handmade in Los Angeles. The motif even makes it into the diamond encrusted rosary beads and the rings featuring bejeweled pill capsules that visual artist Damien Hirst has helped design for Keith in an ongoing collaboration. And Keith’s joint venture with Jay Z last year on a gold knuckle ring, which paid homage to the rapper’s hometown New York, yielded Keith the sort of buzz that led to Hoorsenbuhs turning its Santa Monica studio into a retail boutique and adding one in SoHo. The next step is to venture further into the fine jewelry arena. So expect to see Hoorsenbuhs on many a red carpet this year.