Home L.A. History HOME: Stories from L.A. Is a SoCal-Centric Podcast for the Ages 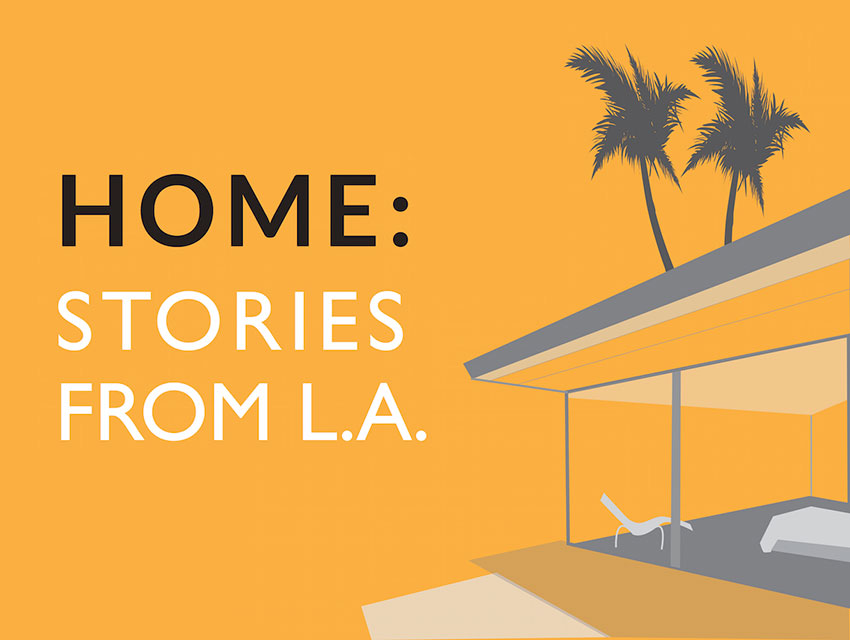 If you’re a fan of podcasts, love a good story, read our Ask Chris blog, live in L.A., and/or are a human person with an attention span of at least 20 minutes—have we got a show for you. HOME: Stories From L.A.—from journalist and writer Bill Barol—is a series of vignettes exploring the ways an eclectic assortment of people have made Southern California home.

The podcast’s second season launches today with “Unmaking a Home,” an episode about cleaning out memories after a parent’s death, and it’s thoughtful and interesting and superb. But if this is the first you’ve heard of HOME, here’s the good news: All seven episodes in season one are ready and waiting to be binged.

There’s the story of the the owner of the Juan Pollo restaurant chain, who bought an entire ghost town and maintains it on his own dime. There’s the story of Hollywood’s Villa Carlotta apartments and the tenacious tenants who masquerade as ghosts to protest evictions. Then there’s Barol’s favorite episode about the life of Herman Stein, a largely forgotten film composer who withdrew into a Los Feliz house and devoted himself to his last love.

“I have a lot of affection for that story,” Barol says, “because it’s a really interesting story, he was an interesting guy, I think I did a reasonable job of telling it, and I think it packed a real emotional punch.” (The Atlantic thinks so, too).

All in all, it’s a deftly produced podcast with an ear for narrative rhythm, shedding light on unexpected little stories in the vein of The Memory Palace and 99% Invisible. As of yesterday, Barol’s show is officially part of the Boing Boing Podcast Network, which will, presumably, bring it increased popularity as well as ad sales (here’s looking at you, Squarespace). So consider yourself lucky that we tipped you off to HOME before your friends are talking about it, and while the listening is still ad-free.