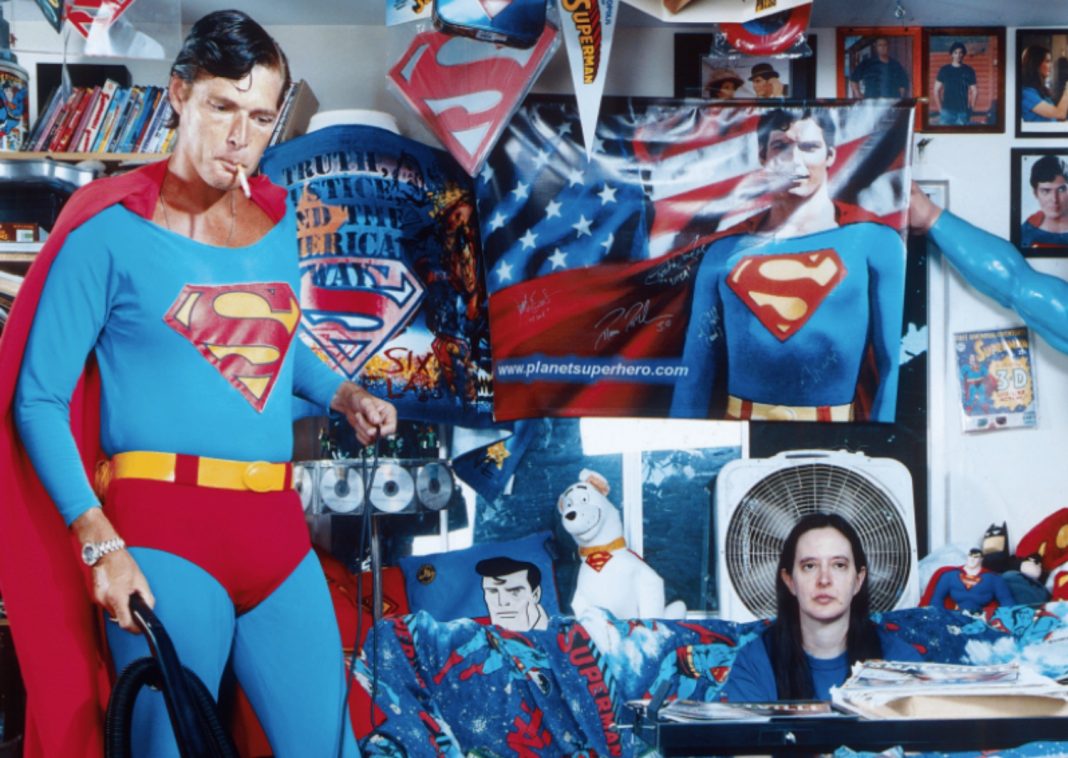 Christopher Dennis, known as the Hollywood Boulevard Superman, died on Saturday at the age of 52. For a quarter century, the mega-fan made a living posing for photos with tourists as the Man of Steel, his favorite comic book character. He was the first costumed superhero on Hollywood Boulevard, collecting tips on and off since 1994. His notoriety earned him a few cameos in movies and music videos and recurring appearances on The Jimmy Kimmel Show.

Back in what he called his “glory days,” the suit helped him earn him a good living. He had an apartment nearby decorated with his massive collection of vintage Superman memorabilia. “A couple of months ago I brought in $914 in one day,” he told us in 2006.

Competition between the costumed characters sometimes grew heated and police had to break up fights between the actors, often ending in arrest, a situation Dennis usually avoided. In recent years, he was robbed and assaulted and left unable to work. He became homeless and lost everything. According to a Kickstarter in his name, his costume, “his only means of income, was burned.” Dennis sold off the remaining bits of the red cape to fund a new video project, but passed away before it was completed.

TMZ reports that Dennis’s body was discovered in the San Fernando Valley, “lying headfirst in a bin that’s used for clothing donations.” The Superman Museum in Metropolis, Illinois, issued a statement on Facebook today that read in part. “Chris has had many struggles and ups and downs over the years. We hope that he is at peace now. And we pray for comfort to those who loved and cared about him.”