Home Family and Kids All the Holly Jolliest Things to Do in L.A. this Holiday Season 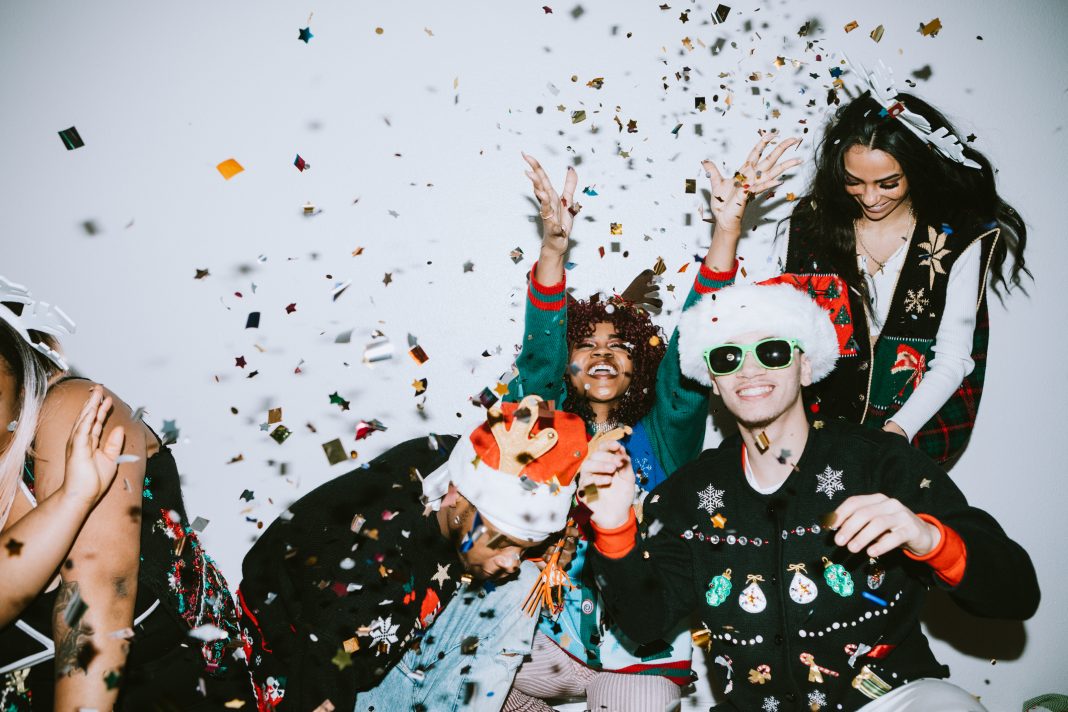 While there may not be much snow in the forecast for L.A., that doesn’t mean we don’t have a ton of ways to get into the festive mood that aren’t dependent on the weather. Here are a flurry of holiday events to take part in to celebrate the season.

She & Him Christmas Tour

The beloved holiday film gets a stage adaptation. The show includes music from the film performed live by a full orchestra and claims to transform the Bram Goldsmith Theater at the Wallis into an immersive, multimedia experience. November 27-December 29. Wallis Annenberg Center for the Performing Arts, 9390 N. Santa Monica Blvd., Beverly Hills; tickets $35-$125.

The Nutcracker by American Ballet Theatre

Misty Copeland, perhaps the most celebrated ballerina dancing today, is among the ABT stars who will perform with this touring production of the holiday classic. The set and costumes were created by Tony-winner Richard Hudson who also created the iconic designs of The Lion King. December 13-22. Segerstrom Center for the Arts, 600 Town Center Dr., Costa Mesa; tickets $29-$179.

The Walt Disney Concert Hall becomes a big, fancy movie theater for this special holiday screening event. The film will play on a big screen with the lyrics of the musical numbers projected so you can join in and sing along with Bing Crosby and Rosemary Clooney. December 22 at 3 p.m. and 8 p.m. Walt Disney Concert Hall, 151 S. Grand Ave., downtown; tickets $34-$69.

Bob Baker Marionette Theater continues an annual tradition with this performance of Nutcracker, which they’ve staged each year since 1969. The show is staged in a special space in the Pasadena Playhouse that’s custom-built for puppetry. November 24-December 30. Pasadena Playhouse, 39 S. El Molino Ave., Pasadena; tickets $24.

Gather along Sunset from Vin Scully Avenue to Park Avenue for a homespun holiday parade. The theme of this year’s volunteer-run celebration is “celebrating the cultural diversity of Echo Park.” December 14 at 11 a.m. Sunset Blvd., Echo Park.

Each evening from the 19th to 23rd, boats with holiday lights and decorations form an aquatic parade though Newport Harbor. Wednesday and Sunday night’s festivities also include fireworks. It’s free to watch from land, but to get even closer to the action, tour operators offer boat cruises for a fee. December 18-22 at 6:30 p.m. Newport Harbor, 1600 W. Balboa Blvd., Newport Beach.

Ice skating outdoors in L.A. isn’t the most natural of phenomena, but this annual holiday pop-up makes it happen. Skate gracefully–or shimmy and scoot awkwardly, if that’s your speed–around this rink in the middle of L.A. Live. If you go on a warmer day, be prepared for slick conditions. November 30-January 12 from 5 p.m. to midnight. L.A. Live, 800 Olympic Blvd., downtown; $15-$20.

Now in its fifth year, the L.A. Zoo promises that this year’s Zoo Lights will be the most magical they’ve done yet. Explore an array of new displays each night. On weekends, things get “Winter Wild” before sundown with additional activities, craft vendors, and animal experiences.  November 15-January 5. L.A. Zoo, 5333 Zoo Dr., Griffith Park; free with zoo admission.

Festival of Lights at the Mission Inn

The historic Mission Inn in Riverside goes fabulously over the top at holiday time, and it’s absolutely worth the detour to go check it out. The property is decorated within an inch of its life, and there are various special activities going on, like breakfasts and dinners with Santa and an elegant NYE soiree.  November 29-January 6. 3649 Mission Inn Ave., Riverside.

Christmas in the Wizarding World of Harry Potter

Universal Studios gets extra magical at the holidays with special Christmas programming in the Wizarding World of Harry Potter. The Hogsmeade set is decorated for the season, and every night brings a light spectacle and snowfall. November 23-January 6. Universal Studios, 100 Universal City Plaza, Universal City; tickets $99-$269.

This holiday movie series takes place amongst the preserved Victorian homes of the Heritage Square Museum in Pasadena, which are elaborately decorated for the season. The Watching the movie is just part of the experience, which also includes exploring around, encountering carolers, sipping hot mulled wine and other treats, and getting fully into the holiday spirit. December 14, 15, 20, 21, 22, 23, 27, 28, 29 at 6 p.m. and 8 p.m. Heritage Square Museum, 3545 Pasadena Ave., Cypress Park; tickets $20-$30, children 6-12 $10, children 5 and under free.

If you’ve got a Monday afternoon to spare, the New Bev has a holiday matinee just for you. Pop in for Billy Bob Thorton’s 2003 opus, Bad Santa. December 16 at 2 p.m. New Beverly Cinema, 7165 Beverly Blvd., Fairfax; tickets $10.

Rooftop Cinema Club shows a series of holiday classics at their L.A. venues this December. Catch Elf, Home Alone, The Holiday, and other favorites throughout the month. Some screenings will also feature a pop-up “apres ski” environment for photo ops and winter feelings. December 1-22. Various locations; tickets start at $17.

The WET Deck at the W Hotel becomes a holiday wonderland for an evening. Enjoy a screening of Elf while cozied up under a blanket and enjoying popcorn and maybe some boozy hot chocolate. December 18 at 6 p.m. W Los Angeles West Beverly Hills, 930 Hilgard Ave., Westwood; free.

The essential, biggest, and perhaps best of L.A.’s indie-maker markets, Unique L.A. returns yet again for its annual holiday shopping extravaganza. More than 300 designers, artists, and brands will be participating this time around, so you’ll probably be able to find something for everyone on your list. November 30 & December 1. California Market Center, 110 E. 9th St., downtown; tickets $15-$35.

Stylish shoppers flock to the Echo Park Craft Fair every year for a more edited selection of handmade goods. Vendors fill all of Mack Sennett Studios’ stages as well as a full block outside with items perfect for those with a taste for the boho-chic. December 6-8. Mack Sennett Studios, 1215 Bates Ave., Silver Lake; tickets $12-$30.

Formerly held at Grand Park, Renegade has moved to a larger space at Los Angeles State Historic Park, and will host some 200 vendors this year. In addition to shopping for crafted wares, you can have your aura photographed, listen to live DJs, and participate in DIY skill workshops. November 23 & 24, Los Angeles State Historic Park, 1245 N. Spring St., Chinatown; free.

RELATED: 7 of the Best Places to Buy a Christmas Tree in L.A.