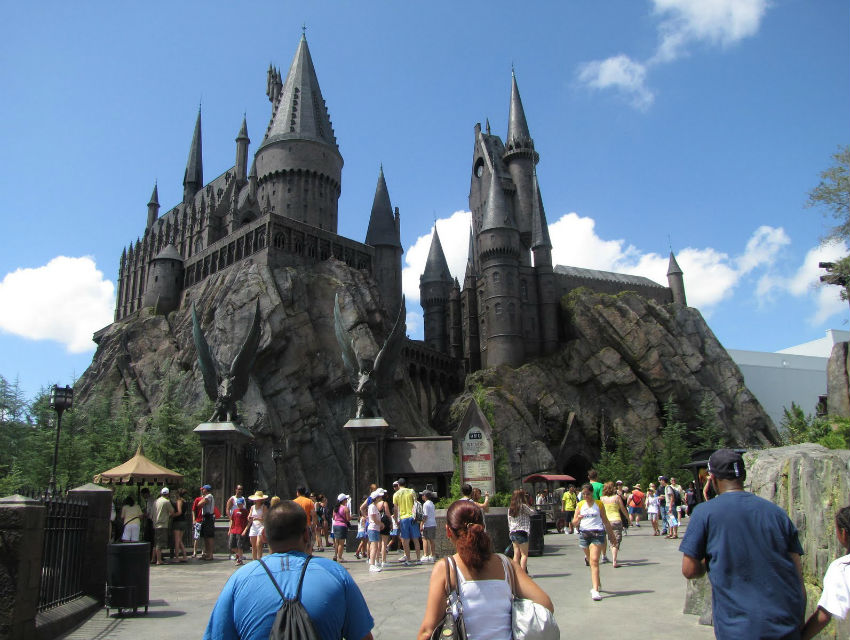 Did someone spike our coffee with Felix Felicis? Because clearly it’s the best day ever.

Southland Muggles have a lot to look forward to next year: Universal Studios Hollywood just announced the spring 2016 grand opening of “The Wizarding World of Harry Potter,” an extremely ambitious-sounding theme park-within-a-theme park dedicated to the beloved characters made famous by author J.K. Rowling.

“The Wizarding World of Harry Potter,” which has already been introduced in Universal’s parks in Orlando and Japan, promises to sweep visitors “into a fully immersive themed land that brings the Harry Potter fiction and films to life with impeccable detail and precision.” We’re not sure of what exactly that will entail (is Voldemort going to get all up in our face?!), but the rides on offer—from the main attraction “Harry Potter and the Forbidden Journey,” which has guests partake in a 3D Quidditch match, to the intriguing “Flight of the Hippogriff”—have us pretty pumped.

No official opening date has been announced yet; until then, we’ll just be over here sipping on Butterbeer and ironing our dress robes in preparation.

How that Harper’s Letter Came to Be