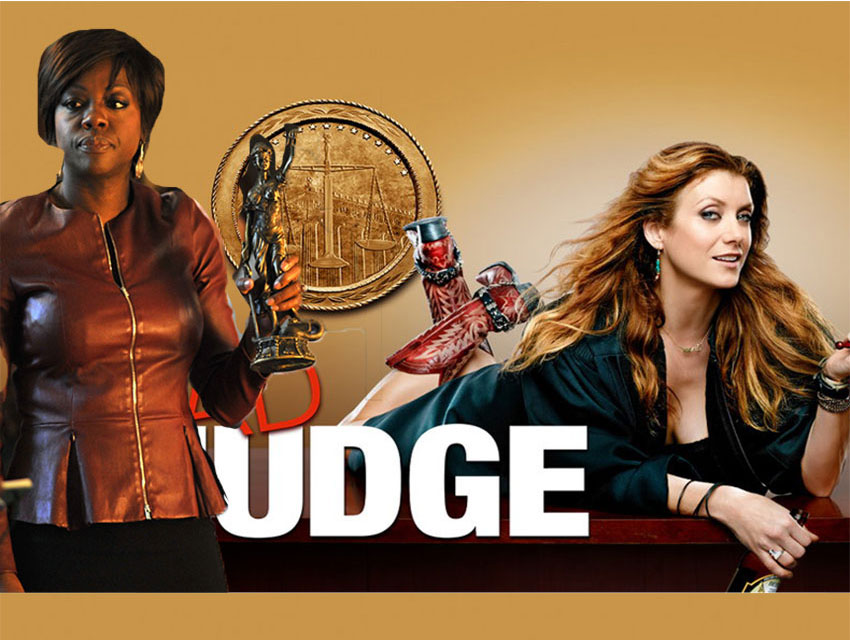 Every fall season brings dozens of new shows. Some are golden; others won’t survive more than a few episodes. You can check them all out for yourselves, but your DVR is almost at full capacity and who has that much time? We’ve done some of the dirty work for you.

How To Get Away With Murder (Thursdays at 10 p.m., ABC)
It’s a fact: Everything Shonda Rhimes touches turns to gold (except for Off the Map, but who’s keeping score?). Viola Davis plays Annalise Keating, a tough-as-nails defense attorney whose mind is as sharp as her wardrobe. She’s also a law professor who recruits her students to help her with high-profile cases. In true Rhimes fashion, the stylish drama has sex, lies, betrayal, and plenty of mystery. It’s perhaps her darkest and most provocative show to date. Davis is perfectly cast as are the supporting actors who play her students. Orange is the New Black’s Matt McGorry (that prison guard with the fake leg) is a standout. This is a show that’ll keep you on the edge of your seat and be the topic of conversation at cocktail parties. We won’t be surprised if Davis racks up an Emmy nod.

Gotham(Mondays at 8 p.m., Fox)
The story of Batman has been overdone, but Gotham’s take on the DC Comics tale is fresh and engaging. It starts at the beginning, when Bruce Wayne is a young boy who witnesses his parents’ murder. Since Wayne has yet to discover his alter ego, the true hero of Gotham is Ben McKenzie, who has finally stepped out of his O.C. shadow. He plays Detective James Gordon, who is tasked with solving the Wayne murders. Gotham is the season’s best comeback show, because Jada Pinkett Smith also makes a triumphant return as the sinister mobstress Fish Mooney. Ultimately, Gotham is worth watching because of its strong performances, impressive action sequences, and fresh portrayals of the characters we know (Catwoman, The Penguin, Poison Ivy, etc.). But one thing’s for sure, Gotham’s take on the Joker better not disappoint.

Madam Secretary (Sundays at 8 p.m., CBS)
Téa Leoni returns to the spotlight as Hillary Clinton. Well, not exactly, but if it looks like a duck and quacks like a duck… She plays Elizabeth McCord, a college professor who quit the CIA for “ethical reasons” and is recruited as the new Secretary of State when the current secretary’s plane crashes. She’s not a conventional politician, but her shortcomings are her greatest strengths. McCord has a tough time adjusting to her new career, a predictable plot point, yet Leoni keeps you engaged and makes you forget the Clinton comparisons—until McCord’s suits are the subject of excessive media attention. Will Elizabeth McCord be the next Alicia Florrick (The Good Wife) or Olivia Pope (Scandal), an authoritative female lead whose fortes and flaws entrance America? Only time will tell.

Bad Judge (Thursdays at 9 p.m., NBC)
The verdict is in: Bad Judge lives up to its name. After eight years of playing Dr. Addison Montgomery on Grey’s Anatomy and Private Practice, Kate Walsh trades in the white coat for a black robe… worn over t-shirts and hot pants. On the job, Walsh’s Rebecca Wright is merciless; she looks almost straight-laced thanks to a ponytail and a pair of reading glasses. When court’s dismissed, she throws back beers, air drums to the Red Hot Chili Peppers, and drives the kind of van parents warn their children about. She’s ridiculously eccentric, almost too bizarre to be believable, but the flamboyance could’ve been excused if this comedy were funny. Instead, Walsh’s natural likeability is wasted in a deluge of lazy jokes and clichés.

Manhattan Love Story (Tuesdays at 8:30 p.m., ABC)
It’s 2014. Do networks still make sitcoms this dumb and sexist? Yes, they do. The main characters so thoroughly embody stereotypical gender roles it hurts to watch them. Peter (Jake McDorman) is a sexist prick looking to get laid while Dana (Analeigh Tipton) is soft-spoken and whiny, the kind of girl who likes lilies and cries on a first date. They lack chemistry when they’re together but they’re even more unlikeable when they’re apart. The show’s comedic highlights come when Dana is caught picking her nose and Peter is accused of being gay because he cried at the Statue of Liberty. If you needed more proof that networks underestimate the general public, here you go.

Scorpion (Mondays at 9 p.m., CBS)
“If you love The Big Bang Theory, the number one comedy on television, then you’ll love Scorpion!” That’s how this show has been advertised. If you believe it, you’re in for a surprise. The only true comparison between the shows is that both are about really smart dudes. Unlike The Big Bang Theory, Scorpion is a drama. Also, The Big Bang Theory has likeable, interesting characters; Scorpion’s Walter O’Brien (Elyes Gabel), who is supposed to be using his smarts to solve the world’s problems, just seems arrogant and one-note. The main characters are geniuses, a fact we learn because their IQs are constantly mentioned. Scorpion relies on overly dramatic background music and shots of O’Brien fiercely brooding. The dialogue is weak and the action sequences are ridiculous. Too bad this isn’t a telenovela. Did we mention Scorpion is supposed to be based on a true story?

A to Z (Thursdays at 9:30 p.m., NBC)
If you come to Nicholas Sparks movies with a box of Kleenex, this is your show. It spans the eight months, three weeks, five days, and one hour of Andrew and Zelda’s (A and Z) relationship. He’s a dating site employee who believes in destiny and the magic of Celine Dion; she’s a lawyer who believes in evidence and realism. This pairing sounds unlikely on paper, yet the chemistry between Ben Feldman (Mad Men) and Cristin Milioti (How I Met Your Mother) is electric. Together, they’re cuter than puppies and bunnies. The “rom” is on-point, but the “com” is lacking. The quintessential best friend characters are more annoying than funny, and the comedic banter between Andrew and Zelda often falls flat. The show has its kinks, but it’s too cute to lose hope.

Red Band Society (Wednesdays at 9 p.m., Fox)
A comatose boy named Charlie narrates stories that occur within the children’s wing of L.A.’s fictional Ocean Park Hospital. And man, do these kids make hospitals seem cool (surely the Ebola epidemic is not a premise of the show). Amputees have wheelchair races in the hallways and the hospital’s schoolroom is nicer than any local private school’s. The child actors give impressive performances in addition to the adults—Octavia Spencer plays a good-hearted yet no-nonsense nurse who baristas know as “scary bitch.” But this dramedy suffers from a common diagnosis: it’s cliché-ridden. A nasty cheerleader is literally in need of a new heart, for example. The show’s emotional moments can be borderline-corny, but they stay with you, reminding you to be appreciative of the things we often take for granted.

Black-ish (Wednesdays at 9:30 p.m., ABC)
Following a lead-in from Emmy-favorite Modern Family, Black-ish has to keep viewers from changing the channel. It’s a tough job, one that this show may soon be capable of. It’s a typical family comedy about a not-so-typical African-American clan. They’re not stereotypically urban, they’re “black-ish.” Racist or self-deprecating, perceive it how you wish. The characters themselves are well-written and likeable, portrayed by actors oozing with charisma. Tracee Ellis Ross (Girlfriends) and Anthony Anderson (Guys with Kids) are gifted with great comedic timing and could carry a hit show. But are they the new Phil and Claire Dunphy? Not quite. Unlike Modern Family, the show is more smile-inducing than laugh-out-loud funny. Black-ish, however, has potential for improvement and a good foundation of characters, apart from Laurence Fishburne’s grandpa figure who randomly appears and adds nothing but star power.

Scene It Before: The How to Get Away with Murder Castle