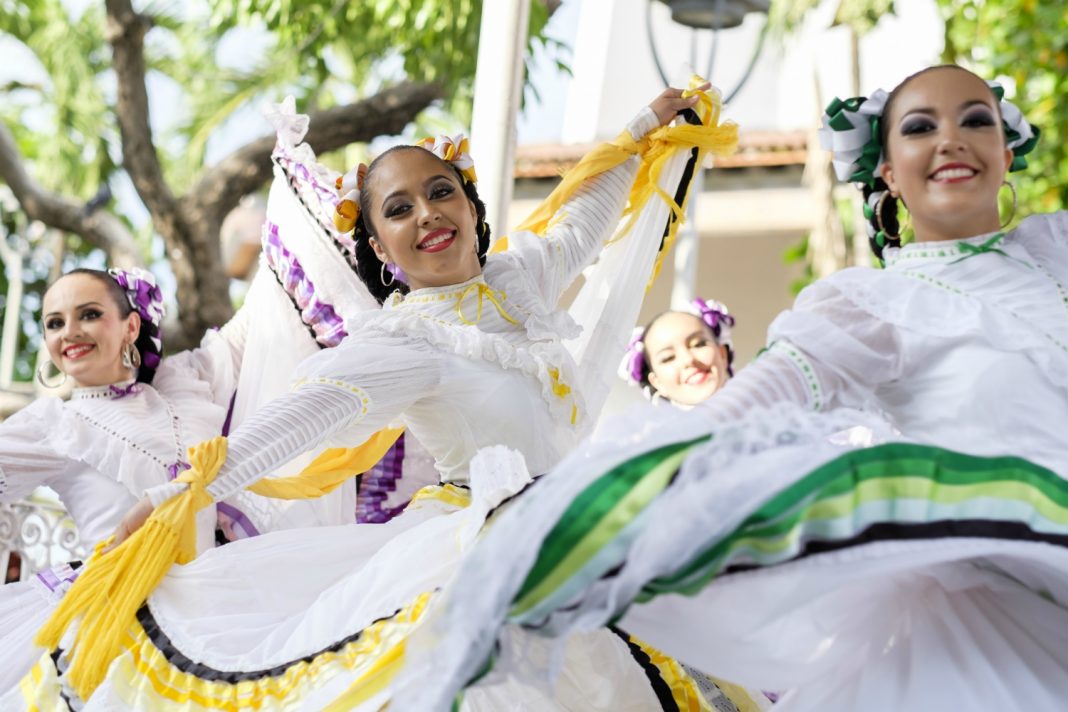 Each year, from mid-September to mid-October, the United States observes National Hispanic Heritage Month, a celebration of all the amazing contributions of people of Latin and Hispanic heritage.

What started out as Hispanic Heritage Week—when former L.A. congressman Edward R. Roybal sponsored legislation to make it a time of observing the Latin community, signed it into law by then-president Lyndon Johnson—became a monthlong celebration in 1988, when President Ronald Reagan signed an updated version of the bill.

Since 2002 Los Angeles has been a focal point for commemorating the traditions and cultural histories of Hispanic Heritage Month, when the Department of Cultural Affairs (DCA) produced the first Latino Heritage Month Calendar and Cultural Guide.

Angelenos, mark your calendars, because this Hispanic Heritage Month is jam-packed with fun, educational, and artistic events. Que padre!

If you’re looking for a lesson on Latin indigenous folklores, then check out Guatemalan Masks: Selections from the Jim and Jeanne Pieper Collection. The exhibit, on display since April, features 80 masks that depict “animals, folk personae, and historical figures that are deeply rooted in Guatemalan religiosity and popular culture.” Visitors will also stumble upon the examples of timeworn, handwritten scripts that guide the masked performers and photographs of dances from the research trips of Jim and Jeanne Pieper. On display at the Fowler Museum at UCLA through October 6.

John Leguizamo is bringing a version of uncensored Latin History to Angelenos. The Emmy Award winner’s Latin History for Morons delves into 3,000 years of history, from the dawn of the Mayans and Pitbull, and features the self-professed ghetto scholar’s take on the history that has been misunderstood or forgotten to create a hilarious tribute. Performances run through October 20 at the Ahmanson Theatre.

Experience the beauty of Day of the Dead in art form. Long Beach’s Museum of Latin American Art’s Dia de los Muertos exhibition will highlight the way previous generations shaped the beliefs, habits, and customs of the community. The art and altars are open to the public in the museum’s Education Gallery. De Generación A Generación: A Subconscious Lineage will run from September 25 to November 10.

Get ready to read, dream, and celebrate with la familia in two languages. Los Angeles Libros Festival is a free book festival that celebrates Latin-American oral traditions, and will feature stories and music from Mexico, Guatemala, El Salvador, Colombia, and the United States. Attendees can expect performances and readings from 123 Andres, Yesika Salgado, Omar y Argelia, and more.

Los Angeles Libros Festival will take place at the Central Library on Saturday, September 28 from 11 a.m.-4 p.m. Admission is free.

Mexico in a Bottle: South to North

Drink and eat your way through Mexico at LA Plaza de Cultura y Artes. Mexico in a Bottle: South to North will take guests on a journey of Mexico’s alcoholic beverages and spirits, including sotol, raicilla, pox, bacanora, charanda, as well as Mexican craft beers and more. Aside from the vast selection of drinks, guests will also be able to chow down on an assortment of delicious Mexican dishes.

Mexico in a Bottle: South to North takes place on Sunday, September 29 from 4 p.m-7 p.m. Must be 21 and over. Tickets available here.

Support local artists at the Muertos Artwalk on Olvera Street. The 6th annual event will feature over 30 L.A.-area makers selling original artwork, clothing, and jewelry, plus face painting and more.

Muertos Art Walk is being held on Saturday, October 5 from 10 a.m.-7 p.m. Admission is free.

Grand Park is calling all mole lovers. Considered to be one of the largest Mexican food festivals in the United States, La Feria de los Moles returns for a 12th year of mouth-watering Mexican food. In addition to the yummy eats, the event features mariachi, handicrafts, folklore, and more.

Dudamel Conducts Music from the Americas

Take the kiddos, abuelos, and Cocos in your life to this fun-filled event where guests can indulge in delectable Mexican food, watch a performance that includes songs from the Oscar-winning film Coco and enjoy creating some arts and crafts. Runs at the Disneyland Resort through Nov. 3.

RELATED: In 1981, an Unknown Pitcher from Mexico Changed the Game for the Dodgers