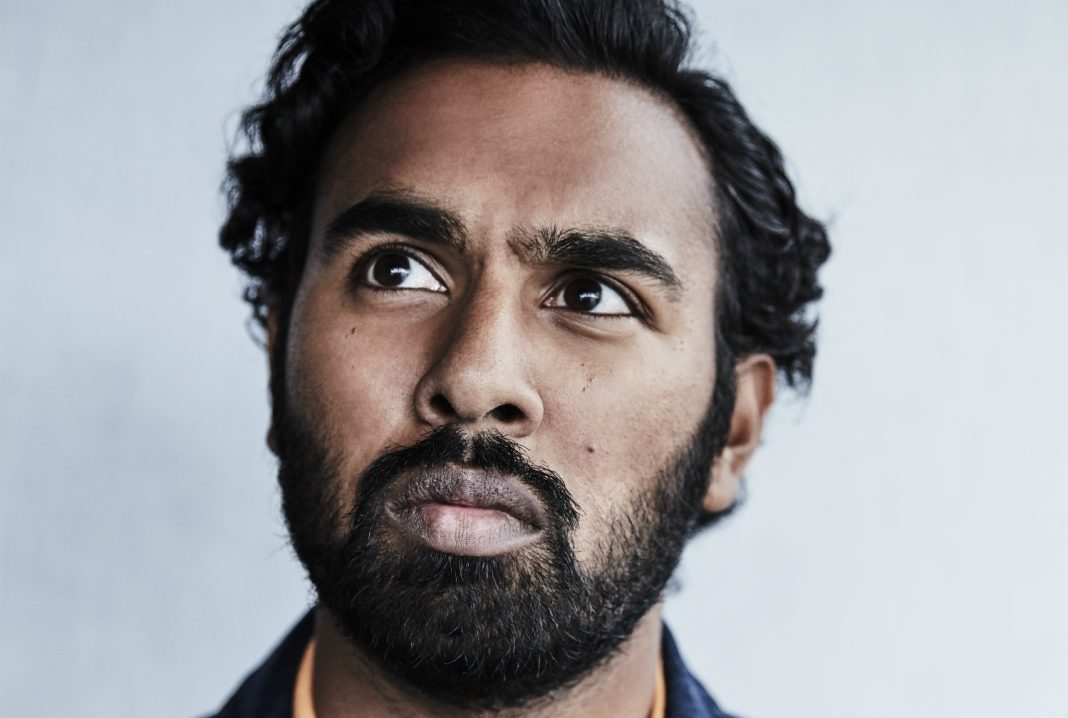 Imagine a world in which the Beatles have been wiped from the memories of all but one human on Earth. Now imagine that human possesses enough talent to co-opt the oeuvre of one of the most influential pop acts in history and pass it off as his own. The question is: If the band’s catalog was first released in 2019 instead of in the ’60s, would we still succumb to Beatlemania? That is the very specific quandary put forth in director Danny Boyle’s Yesterday (out June 28).

British soap star Himesh Patel plays Jack Malik, a down-on-his-luck guitarist who disrupts the 21st century’s overmoussed music industry with an assist from John, Paul, George, and Ringo (not to mention a clueless Ed Sheeran, who misguidedly convinces Malik to change the title of “Hey Jude” to “Hey Dude”). The movie has all the charm of Boyles’s Slumdog Millionaire and as many cross-generational cultural references to make it a hit (let’s just say the Beatles aren’t the only things that disappear in this alternate universe). It’s 28-year-old Patel’s cinematic debut, which he landed by performing a Coldplay song—“We Never Change,” if you were wondering—and, of course, a Beatles tune or two for Boyle and screenwriter Richard Curtis (Love Actually).

“I wasn’t a superfan of the Beatles before, but doing this film has given me a real appreciation of their artistry,” Patel says. In anticipation of the onset of Himeshmania upon the film’s release, we asked him to consider a few other alternate universes.

Any guitarist, dead or alive, you’d want to go head-to-head with in an air guitar competition?
Matt Bellamy. I don’t think many people could beat him on actual guitar. I don’t even know if I’d beat him on air guitar to be honest, but I’d at least enjoy trying.

A musical revue opening in L.A. about your life. What’s it called?
Unexpected Twists and Shouting. It’s Beatles related, and there have been a lot of unexpected twists in my life. There’s also been a lot of shouting. Not in any sort of traumatic way. Everyone shouts.

Famous musician you’d want as a roommate in L.A.?
Dan Auerbach from the Black Keys. I’d just be like, “Teach me guitar. Teach me your ways.”

It’s Himesh-chella, and you’re headlining. Who’s on your dream bill?
Radiohead because I’ve never seen them live, so at least this way I’d be guaranteed a ticket, then Young the Giant and James Blake.

How many drinks does it take to get you to do karaoke?
Not many. Although now, with the film, I feel like it would be a bit presumptuous to do karaoke too soon.

Beatle you’d ask to write the foreword to your future memoir?
George—he had a very interesting link with the spirituality of India and Hinduism that I’ve grown up with. Maybe he would tap into that in some special George Harrison way.

In a movie with the same plot as Yesterday, only with an actor, not a band, whose career would you want to steal?
So many choices, but Oscar Isaac. I respect that man and his work.

Musician you’d dress up as on Hollywood’s Walk of Fame?
Jimi Hendrix. The guy had a great sense of style.

Indisputably. You could play some of his tunes while you’re out there.
Sure. I’m as good as Jimi Hendrix, right?

Maybe you will be after living with Dan Auerbach for a while.
Exactly.

RELATED: How the Beatles Really Ended Up at a Garden Party in Brentwood